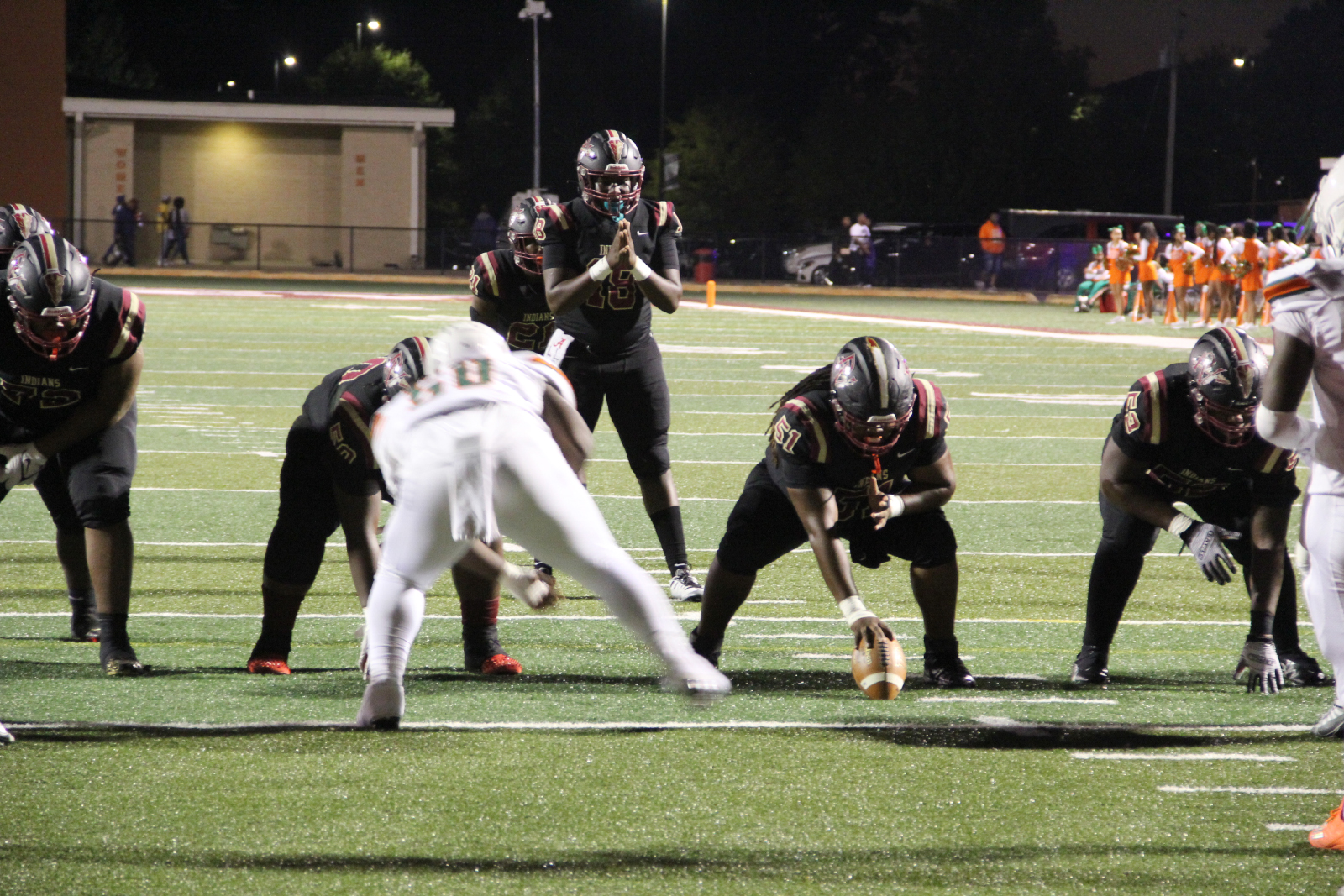 By Brittney Bailey, For The Tribune

PINSON — In his first start for Pinson Valley,  quarterback Cameron Jennings paved the way for the Indians to take down the Huffman Vikings 47-0 at home Friday night. 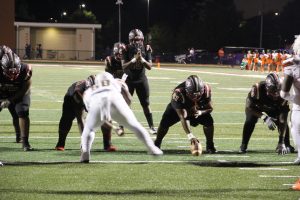 In his first start, quarterback Cameron Jennings Leads Pinson Valley to a win over Huffman. Photo By Loyd McIntosh

In this first drive of the game, Jennings found Amare Thomas for a 63-yard touchdown pass to put the Indians up early 7-0, followed by a successful PAT from Damian Gonzalez. Gonzalez would kick a field goal on the next possession to give the Indians a 10-0 lead.

After taking over for Keywone Posey, in the third quarter of Pinson Valley’s win over Homewood last week, Jennings led Pinson Valley to the win on the Indians’ homecoming. “We wanted to get an opportunity for Cam to be able to showcase what I know he’s been waiting in the reins for,” Pinson Valley Head Coach Lee Guess said on his decision to start Jennings, “I thought this would be a good game to at least give him a chance to get his feet wet and to make sure he’s comfortable with the offense. You never know what we’ll need going into the playoffs.”

The Indians’ usual weapon of choice, running back Taurus Chambers, had a series of plunges through the Viking defense, including returning a Viking kickoff fumble to give the Indians a comfortable 16-0 lead midway through the first quarter. Demarion Hatten followed that up with a punt return for a touchdown with 1:59 remaining in the first quarter to make it a 23-0 ballgame after a successful PAT attempt.

The second quarter also belonged to the Indian offense. Jennings found Thomas once again with just three minutes off the clock to make it 30-0. The Vikings fumbled the kickoff yet again, giving possession back to the Indians in which the Indians capitalized on a Jennings to Thomas touchdown pass in tight coverage at the 7:40 mark.

The rest of the contest was a time for the Indians’ younger guys to put the icing on the cake, scoring once more and adding on another field goal from Gonzalez for a 47-0 final score.

The Indians take on regional opponent Center Point on the road next Friday, October 7, at 7 p.m.