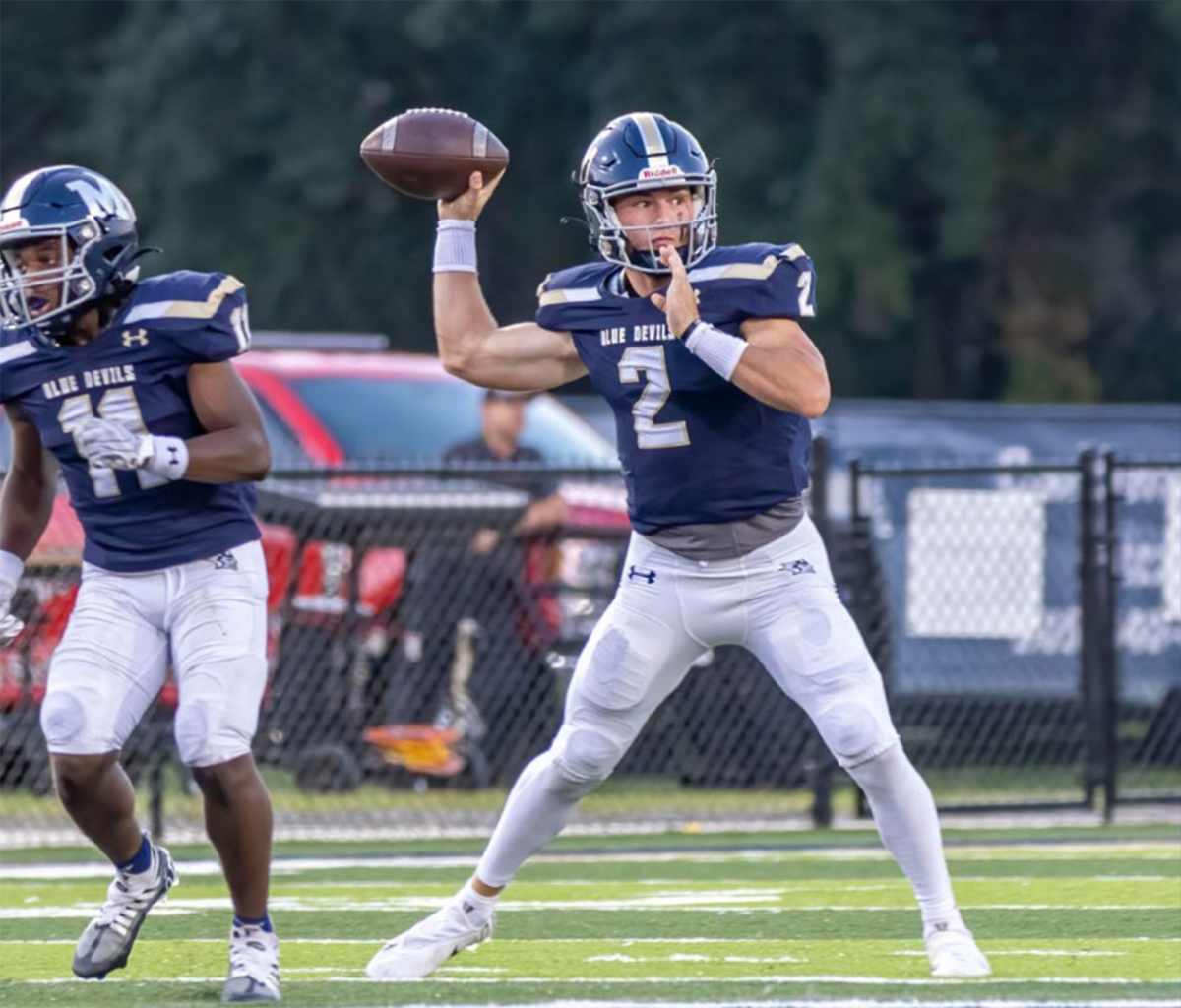 MOODY — Cole McCarty was almost perfect on Friday, Sept. 30, leading the Moody Blue Devils to a lopsided 53-14 over Springville. The senior gunslinger threw for 302 yards and four touchdowns – three of them to his favorite target, Davion Dozier, and ran for 39 more yards as Moody cruised to its seventh-straight win of the 2022 season. 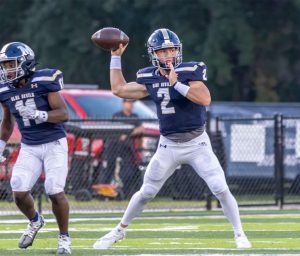 Somewhat overlooked as Dozier racks up the yards and the accolades, McCarty has been the perfect quarterback for Jake Ganus’ brand of gonzo football that has raised eyebrows and lit up scoreboards like a pinball machine all season long.

For the year, McCarty has thrown for 2007 yards, connected for 27 touchdowns, averaging more than 285 yards per game. Additionally, he has completed 93 of 123 passing attempts and only three interceptions in 2022.

Under his leadership, Moody is undefeated at 7-0 and, depending on the ranking service, ranked 10th or 3rd in the state among 5A schools. As Moody heads into the final three games of the 2022 regular season, including a matchup against rival Leeds (6-0, ranked 11th in the state by Max Preps, 2nd by the Alabama High School Athletics Association) that is bound to be epic, the Blue Devils will need to rely on McCarty’s arm, legs, and head to go deep in the playoffs.

His performance last Friday proves McCarty is up for the challenge and earned him recognition as the Trussville Tribune’s Player of the Week.