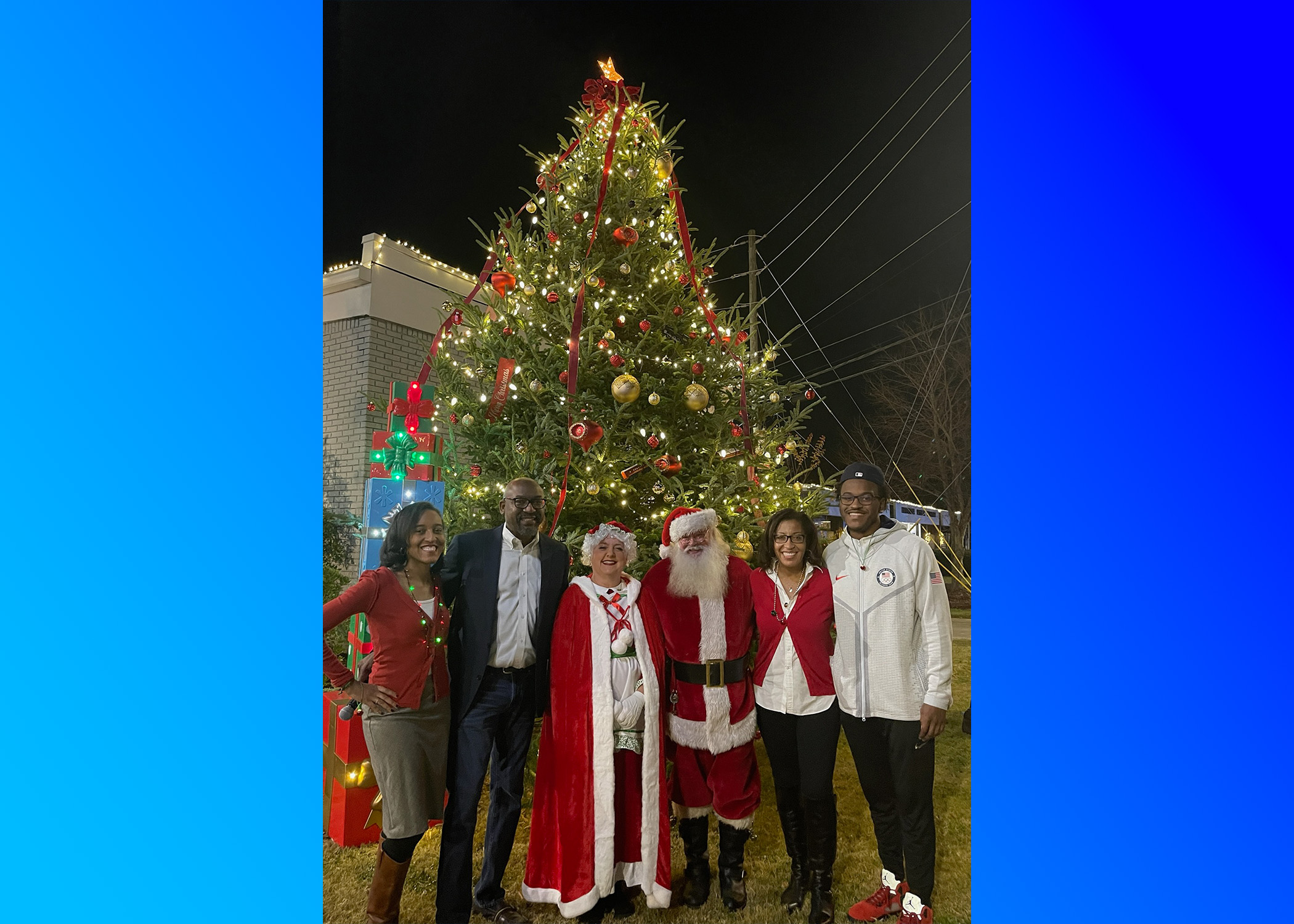 (Photo courtesy of the City of Irondale)

IRONDALE — Mayor James D. Stewart, Jr. will host Irondale’s Christmas Night of Lights on Friday, December 2. The festivities will begin with a parade at 6:30 p.m., followed by the official City Christmas tree lighting at 7:30 p.m. 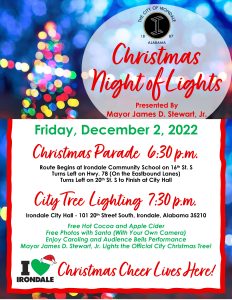 (Photo courtesy of the City of Irondale)

The Tree Lighting (Irondale City Hall) portion of the evening will feature free hot cocoa, apple cider, photos with Santa, and other treats. You will enjoy caroling and an audience bells performance, and Mayor Stewart will flip the switch to light the City’s 20-foot Fraser Fir tree.

“We want the community to know that Christmas cheer lives here, in the City of Irondale,” Mayor James D. Stewart, Jr. stated. “We hope that everyone will come out to fellowship with their neighbors and enjoy a wonderful night of holiday festivities.”