LATEST NEWS
Home Features From Irondale to the stars, how one girl’s dreams became a reality 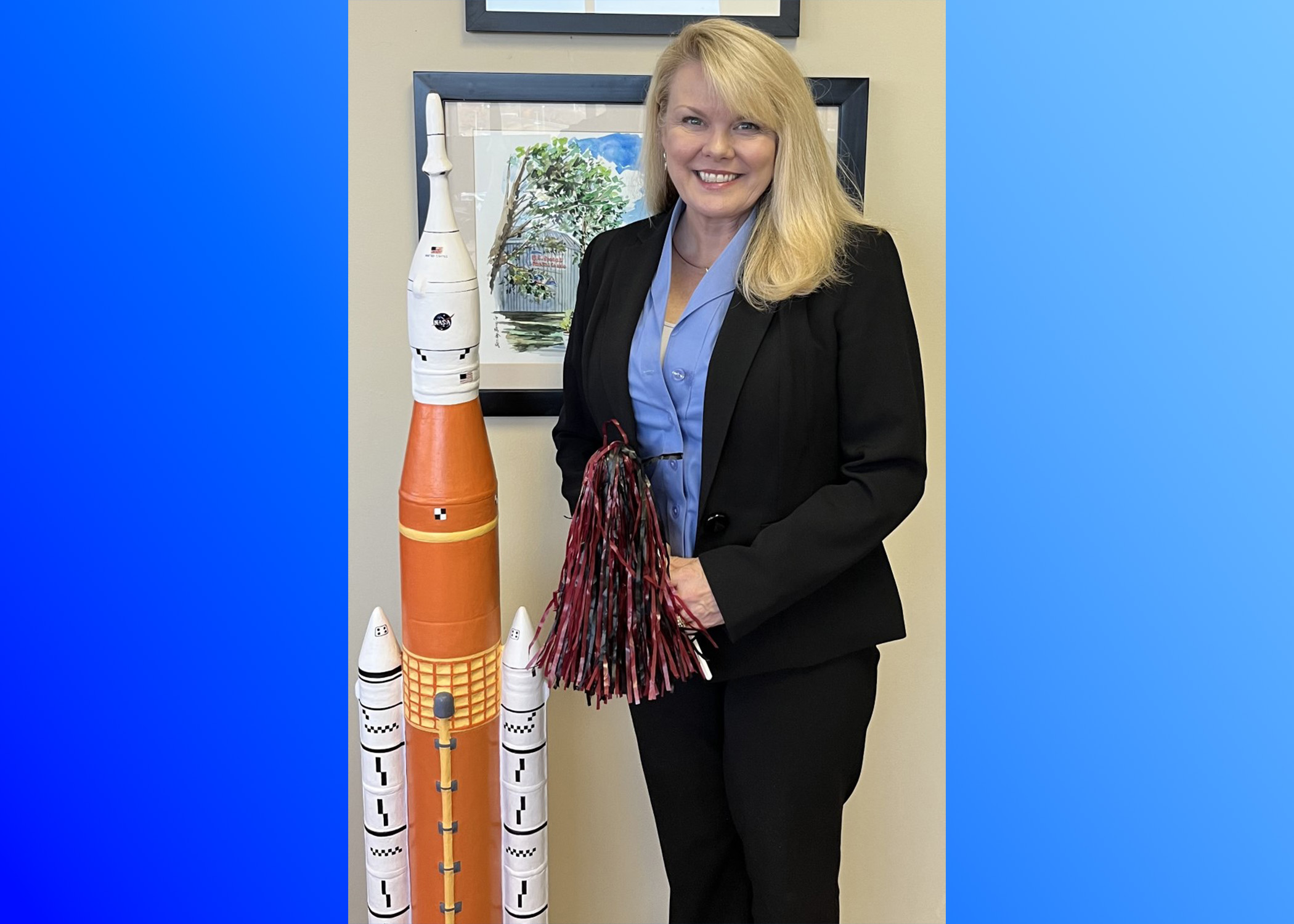 From Irondale to the stars, how one girl’s dreams became a reality

By John Goolsby, For The Tribune

IRONDALE — When Dr. Kimberly Sanland Robinson, CEO and Executive Director of the U.S. Space and Rocket Center, was called to a ceremony in the Shades Valley auditorium on April 20, 1985, little did she realize that the trajectory of her life was about to change. 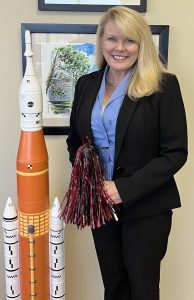 Robinson received an award for science and mathematics from the Society of Women Engineers in that ceremony. After speaking to the female astronaut, who presented her with the award, Robinson caught the astronaut bug. While Robinson was still unsure what an engineer was or did, for that matter, she was pretty sure of one thing: she wanted to become an engineer and an astronaut. Nine years later, Robinson would find herself training a crew for the Space Shuttle Columbia.

That encounter with the astronaut at Shades Valley was not Robinson’s first exposure to space travel. Planes and rockets had always been an interest of hers. She recalls an early assignment at Irondale Community School.

“In Mrs. Zarovsky’s fifth-grade class, I did my first term paper, in the little school library, on Dr. von Braun and his rocket team,” Robinson said.

Robinson grew up on Second Avenue South in Irondale.

“I thought growing up in my small town was rather magical,” Robinson said. “There was a great community feeling where everyone watched over and helped each other; Richard Russo once said, ‘People in small towns, much more than in cities, share a destiny.'”

“Kim was incredibly smart, genuinely kind, friendly, beautiful, compassionate, talented, humble, and quick to smile,” Shades Valley classmate Jami Gigis Wetzel said. “With all of those qualities, I am not surprised at all with her extraordinary success.”

Robinson was a well-rounded and successful student at Shades Valley. She was a member of the school dance team, the Mountiettes, excelled in mathematics, and won numerous county and state math competitions.

“I really feel like I got a wonderful math background at Shades Valley,” Robinson said.

“She was extremely helpful and inspirational,” Robinson said of Harrell.

“Kim was a wonderful, intelligent student with a great attitude,” Harrell said. “I am thrilled to know that wearing my teacher space suit, presenting space shuttle tracking lessons, and teaching her mathematics may have had a tiny part in inspiring her.” 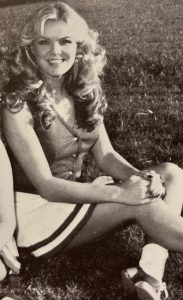 During high school, Robinson worked at Stuart’s, a large retail clothing store at the old Century Plaza mall, before becoming an assistant manager of another clothing store at Brookwood Village at 17 years of age.

“I was so proud of that,” Robinson said.

Robinson figured her career path was in retail sales if the opportunity to attend college did not materialize.

Robinson was interested in Stanford University, several Ivy League schools, Alabama and Auburn. She filled out scholarship applications and wrote essays with the assistance of her Honors English teacher Sydney Rickman. Fortunately for NASA and the U.S. space program, Robinson did not end up with a career in retail. Years later, Robinson has fond memories of those part-time jobs.

“Closing the store, counting and depositing the money each night taught me responsibility,” Robinson said.

Ultimately, Robinson chose Vanderbilt because of its academics, significant scholarships, and proximity to home. In the fall of 1985, the Shades Valley Valedictorian took her first step towards becoming an engineer and headed north on I-65 to Nashville. Robinson graduated in 1989 with a degree in Mechanical Engineering. She later earned a Masters and Ph.D. from UAH.

After graduating from Vanderbilt, Robinson joined NASA’s Marshall Space Flight Center in Huntsville as a Project Engineer. As a female engineer, Robinson didn’t fit the mold of a NASA engineer in the 1980s.

“As a southern blonde beauty, she could easily have been Miss America,” Harrell said. “I’m sure she’s shattered many stereotypical ideas and glass ceilings as she’s trailblazed her path.”

One of Robinson’s first projects at NASA was creating and developing a complex system that helped determine bearing life wear within turbopumps of the Space Shuttle. Robinson held numerous roles and leadership positions in her long and decorated career with NASA. She worked as an engineer, Flight Controller, Project Manager, Utilization Manager, Payload Mission Manager, Fellow, Adjunct professor, Communications Director, and Special Assistant to the Marshall Space Flight Center Director. One of her more interesting roles was an astronaut trainer for six years. She trained crews for Space Shuttle flights 65, 67, 73, 75, 78, and 83.

Five of the six crews she trained flew aboard the Space Shuttle Columbia. However, Robinson did not train any astronauts who perished in the Columbia accident, but the NASA community is tightly knitted.

“The Columbia accident was devastating to me and everyone at NASA,” Robinson said. “Everyone felt it was their responsibility to keep all the astronauts safe. While the accident set the agency and many projects back for some time, that paled in comparison to the loss of life.”

Robinson applied to the Astronaut Corps three times but was not accepted due to NASA’s stringent vision requirements at the time. Robinson, who had almost perfect vision, had hoped that the requirements would be relaxed over time. Unfortunately, they were not, and she never had the opportunity to fly. However, Robinson is satisfied knowing she had the trust, respect, support, friendship, and advocacy of the astronauts she trained.

When Artemis I launched last November, Robinson was there to cheer on her former co-workers and watch a rocket she had been a part of from the planning stages take flight.

“It was very special to see it launch and show once again that the Americans have the ability to launch astronauts into space,” Robinson said. “I needed to be there cheering them on and to be able to tell others about the story of it.” 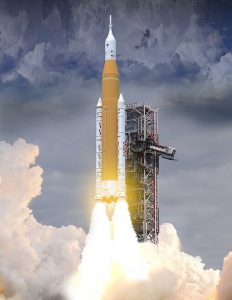 The Irondale native played a significant role in conceptualizing the Artemis program. She was a member of the first study team to create the concept of Artemis.

“It went from closed-door meetings to planning how we were going to accomplish the national objective to get back to the moon,” Robinson said.

Robinson wrote the project plan and charter for Artemis. She put together the first standing review board for the program as NASA was rolling out designs to “see what we were going to actually do.” Robinson then worked on various projects throughout the program for several years before retiring in 2021.

Another one of Robinson’s proudest accomplishments at NASA was her leadership as the Project Integration Manager of Ares I-X, a new rocket configuration at the time. Robinson assisted in the overall management of the design, development, build, and test flight of the new rocket.

“It was an incredible experience with a wonderful group of people,” Robinson said. “We were challenged with an extreme budget and schedule pressure and managed to complete a successful rocket launch in 39 months from Authority-to-Proceed, and we stayed within five percent of the budget.”

The Ares I-X was named Time’s 2009 Invention of the Year and made the magazine cover.

“I am still honored to be associated with that awesome team and that accomplishment,” Robinson said.

The space industry has evolved over the years. NASA is no longer the only entity that is in the rocket business. Robinson strikes a patriotic tone when discussing the direction of NASA.

“It is great that we were able to build up the commercial market, but there is nothing like seeing the American flag leaving our soil,” Robinson said.

Robinson is looking forward to the first human-crewed flight, Artemis II, and the return of American astronauts to the moon’s surface, Artemis III.

Robinson left NASA in January of 2021 after 31 years with the agency. She was awarded numerous commendations for her outstanding service and multiple achievement recognition awards from NASA. She received the Silver Snoopy Award and the Special Service award for excellent leadership in developing and implementing a plan for an Ascent Development Test Flight, to name two.

Robinson took over as the CEO and Executive Director of the U.S. Space & Rocket Center in February 2021. The role was not one she had considered when she was approached.

“I was having a good career at NASA, and I really liked what I was doing,” Robinson said. “Several people told me this job was meant for me because all the things I had done led to this job, and I was like, does it?”

As Robinson began researching the job, she became more intrigued by it. In many ways, the complexity of the Space and Rocket Center is not unlike the complexities Robinson had to manage and solve at NASA.

“The thing about this place is that it’s complicated,” Robinson said. “The facility is not only a museum; it is twelve different things put together as one. It is a camp, a museum, an event space, a hotel, an education center, a planetarium, a gift shop, and a cafeteria, among other things.”

Further adding to the complexity of leading the Space Center is that it only receives about five percent of its annual budget from the state. The rest of the budget must be met through revenue and donations.

As a native Alabamian, Robinson understands the responsibility of the job, as the Space Center is very symbolic and is the state’s largest tourist attraction.

When Robinson walked into that auditorium at Shades Valley all those years ago and shook the hand of an astronaut, never would she have dreamed of the career she has had. It has been a fantastic ride, for sure, but one that’s not over. There is no doubt that Robinson will continue shooting for the stars.