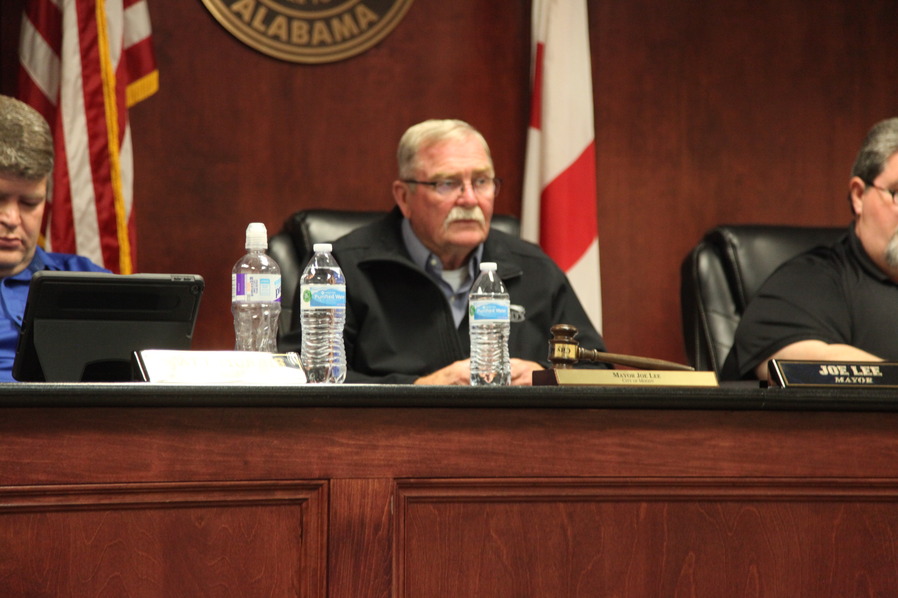 MOODY – The Moody City Council took questions from several residents regarding the current landfill fire situation at a meeting on Monday, Jan. 23. 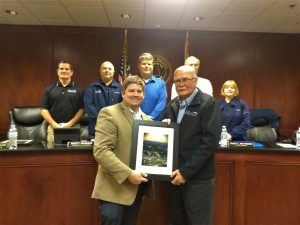 The meeting began with a brief address from Dr. Chris Walters, principal at Moody High School. He expressed his thanks to the council for their support for the schools and presented them with a framed picture of the first football game played at the renovated Bill Morris Stadium.

“I know that there’s a lot of great things at the high school and all our schools right now,” said Mayor Joe Lee. “We’re happy to be part of it.”

Afterwards the council passed the items on the agenda, including an agreement with St. Clair County to establish an  entertainment center. The agreement was for the county to deliver 75% of the tax revenue to the city once the center is in operation.

The developer will build a 60,000 square foot center housing a bowling alley and a trampoline park, as well as food-related establishments and others that can be included in the future.

The floor was then turned over a resident who signed up to speak, this being Katie Sheehan, who thanked the council for their response to the ongoing landfill fire in St. Clair County. She asked if there were plans for the landfill after the fire was resolved.

The fire has prompted the Environmental Protection Agency (EPA) to step in to deal with the situation. City Attorney James Hill, who also represents the St. Clair County Commission, was present. 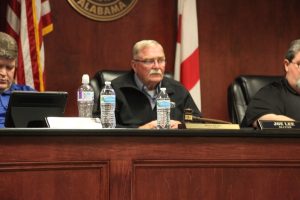 “The landfill’s actually in St. Clair County,” Lee said. “It adjoins property owners that are in the city of Moody, and it would be my recommendation to the county, if they have the power, never to open it. Us as mayor and council members supports the county commission and their effort to do what’s been done out there.”

Afterwards several others spoke up. Carol Watson spoke at length and asked what the community and the city can do to support those who have been affected by the smoke from the fire. She described the condition of the air in the area and its effect on people, saying “this was bad.”

“I know everybody wants to be a part of solving this problem that’s out there,” Lee said, noting that the city and the commission have been working tirelessly with the fire department to keep abreast of the situation.

Another resident, Dixie Knight, brought up the elderly and the health effects that have been caused.

It was recommended that citizens see the EPA’s website on the fire, which is updated daily with reports. That link can be found here.

Hill said that the city may be able to apply for FEMA grants to help alleviate the issues that the fire has caused so far. He suggested that the EPA may be able to direct the city on what else can be done. Lee said that an effort to donate items to those that need it could be organized.

“We have the same concerns you do,” Lee said. “We’ve voiced those to our county commission and they’re voicing them to the governor and ADEM and the EPA.”