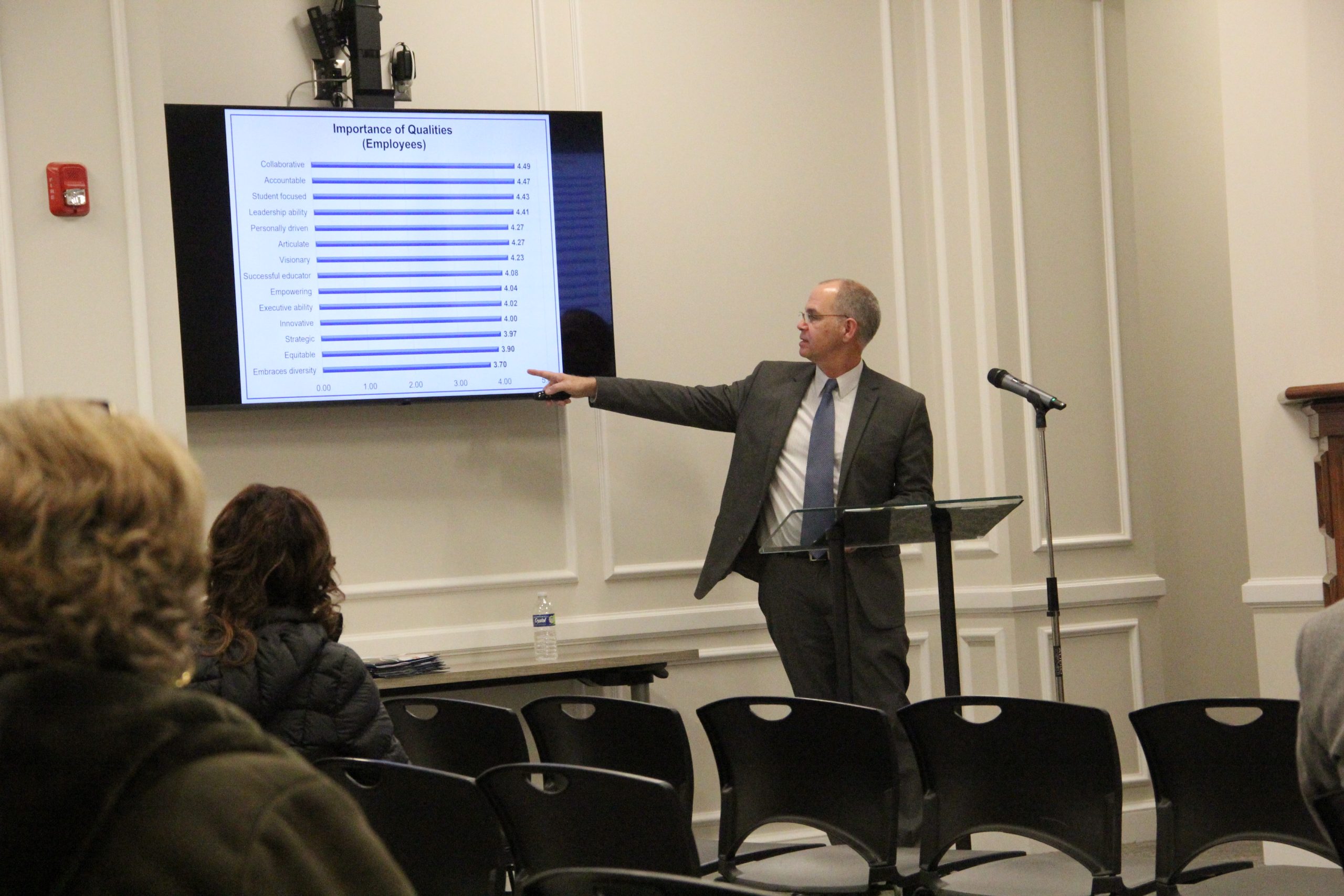 Dr Michael Barber going over the results of the survey. (Photo by Loyd McIntosh)

TRUSSVILLE — The Trussville Board of Education received an update and the results of a special survey regarding the search for a new Trussville City Schools Superintendent Monday night. 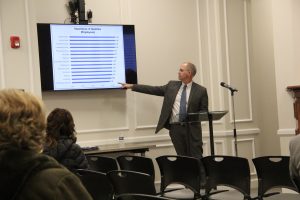 Dr Michael Barber going over the results of the survey. (Photo by Loyd McIntosh)

In a work session held prior to the start of the Trussville BOE regular meeting, Dr. Michael Barber presented the findings of the Alabama Association of School Boards report on Superintendent Search Community Impact.

The report contained the results of a comprehensive survey of community stakeholders – mostly parents and school system employees – gauging opinions on the qualities and experience desired in the next superintendent as well as  the primary challenges currently facing the school system.

Barber, a retired educator who most recently served as the superintendent of the Pell City School System, is heading the search committee for the next Trussville superintendent.

For instance, 52% of parents and students and 51% of school system employees believe the school board should find a candidate with the same overall approach to education as the previous administration, but who can make some necessary changes. Additionally, accountability was the top key quality all survey respondents believe is important in new leadership, followed by student-focused, and leadership ability.

Furthermore, Barber said, meetings and discussions with community stakeholders have shown that parents, students, and teachers all want to see the system improve despite its reputation as one of the top school systems in the state.

The survey included several recurring themes, such as an increased focus on special education, teacher recruitment and retention, and the opinion that academics and athletics should not compete with each other.

Barber went on to add that the committee currently has close to 20 applicants for the position, but expects more candidates to emerge prior to the application deadline in early February.

“What stuck out to me is everyone wants the same thing,” said Board of Education President Kathy Brown. “We have high expectations. … We’re a high-performing school system and I’m very pleased with all of the comments and suggestions, and where the process stands. It’s a lot to work through.”

In other business, the BOE recognized the following: 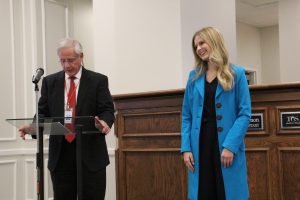 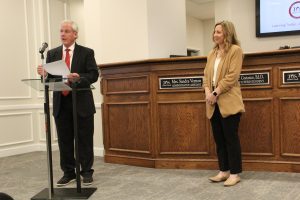 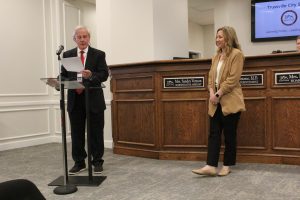 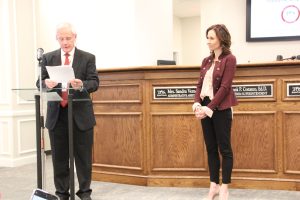 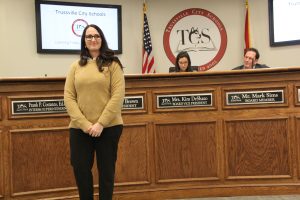 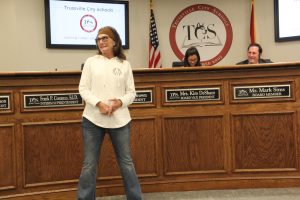