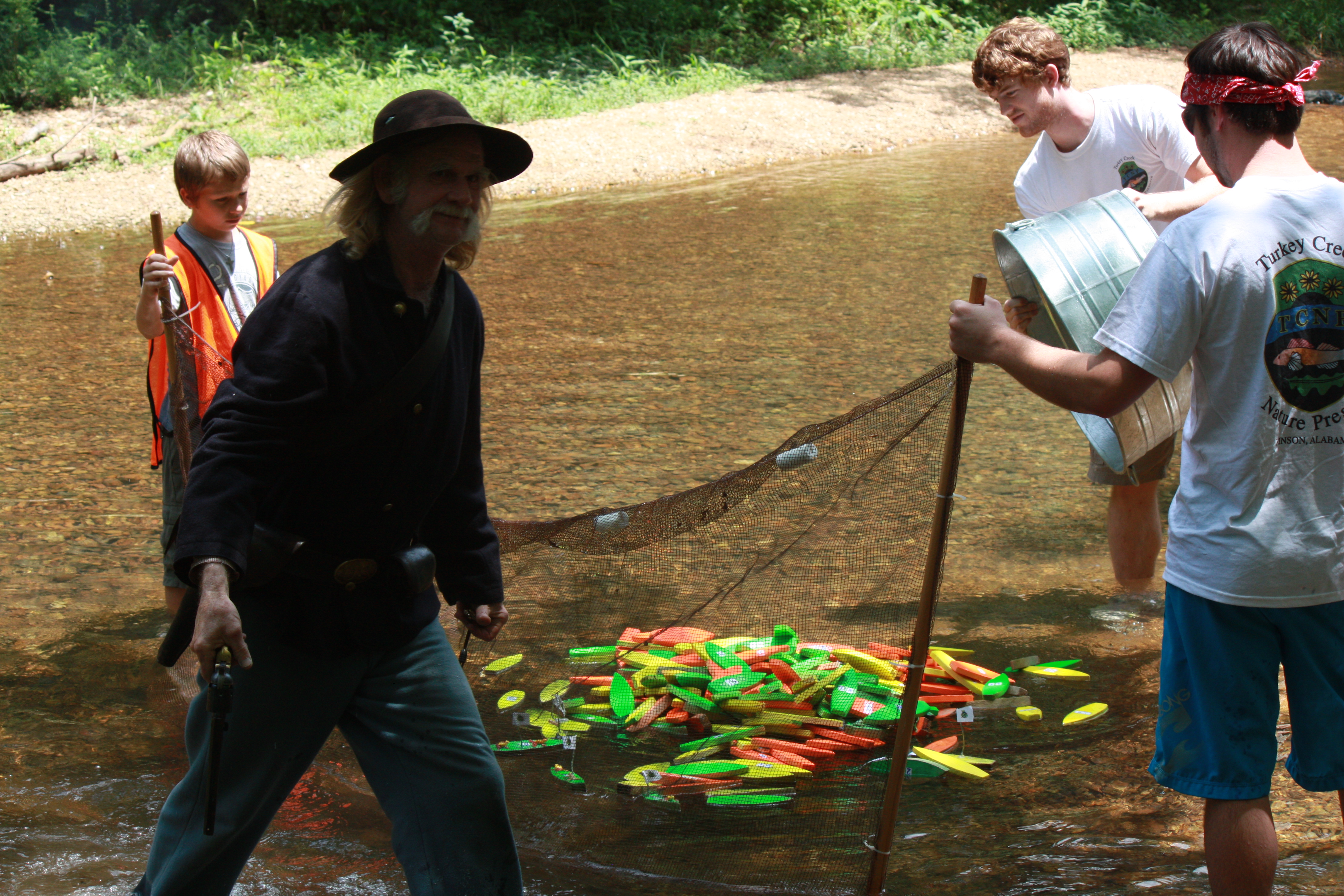 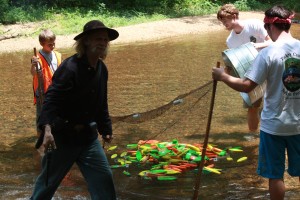 The Turkey Creek Nature Preserve and the City of Pinson will be hosting the third annual Beat the Heat at Turkey Creek and Float Your Boat Race at the Preserve on Saturday from 10 a.m. until 4 p.m.
Beat the Heat at Turkey Creek began as part of the Alabama Tourism Department’s “Year of Alabama Small Towns and Downtowns” promotion in 2010, when the department encouraged towns in Alabama to host events for “Great Alabama Homecoming Celebrations.” These events were to promote tourists and former residents to return to the state and the Tourism Department offered to donate historic markers to any towns hosting an event.
Pinson decided to do Beat the Heat at Turkey Creek as its July event.
“(It) was one of our more popular events,” Pinson Mayor Hoyt Sanders said last year. “The Enhancements Committee wanted to retain that.”
This year, the event will have many new features including live music, barbecue, a shorter racecourse and more prizes.
The music will begin at 10 a.m. and will feature country band Southern Drifters, bluegrass band James Daugherty and the Bluegrass Review, a disc jockey and karaoke music.
Food will be provided by Ken’s Hickory Pit Barbecue and the City of Pinson will provide cold treats.
“We’ve expanded the event quite a bit,” TCNP Manager Charles Yeager said. “We have redesigned the racecourse this year so that it’s actually quite a bit smaller. One of the comments that we heard the most from past events was that it was too long and you couldn’t see the whole thing from one spot.”
The Float Your Boat Race will begin at 1 p.m. and will be held at the Turkey Creek falls. The finish line will be the end of the falls.
“The course is only about a five-minute run and instead of having just one race, what we’re doing is kind of a tournament-style race,” Yeager said.
Boats will be divided into groups of 50 for each race and a selected number of boats from each race will pass on to the final round.
Boats can be pre-ordered through the Turkey Creek Nature Preserve Facebook page. Participants can purchase one boat for $5, a fleet (six boats) for $25, or an armada (12 boats) for $50. All proceeds from the event will help fund the TCNP Environmental Education program.
Yeager said that about 50 prizes will be given away, including three children’s prizes, three prizes for the winners of the race and many consolation prizes for people that make it to the final race.
The prizes will include an ENO hammock, a duffel bag, water bottles and headlamps, all provided by Alabama Outdoors. Ace Hardware and Sam’s Club have also donated gift cards as prizes.
The Turkey Creek Long Rifles will be doing a living history presentation throughout the event, as well. The group consists of three volunteers who are experienced in living history presentations.
“They are going to be doing demonstrations for the kids on what camp life was like for those people during the War of 1812,” Yeager said. “Also, they’re going to do kind of an initiation, so kids can actually sign up to become part of the militia, if they want to for fun, and go through a bit of a training.”
Yeager said that Beat the Heat and Float Your Boat will happen this Saturday, rain or shine. Sponsors for the event include Jim’s Signs, Recycle USA, Alabama Outdoors, Sierra Club Water Sentinels, Ace Hardware, Buffalo Rock, Sam’s Club and The Heart Center of Huntsville Hospital
.
“It’s going to be bigger and better than it has been in the past,” Yeager said. “We’re really excited to have a big summer event out here. I hope that everybody can make it out.”