LATEST NEWS
Home Local News In Connecticut, we see ourselves 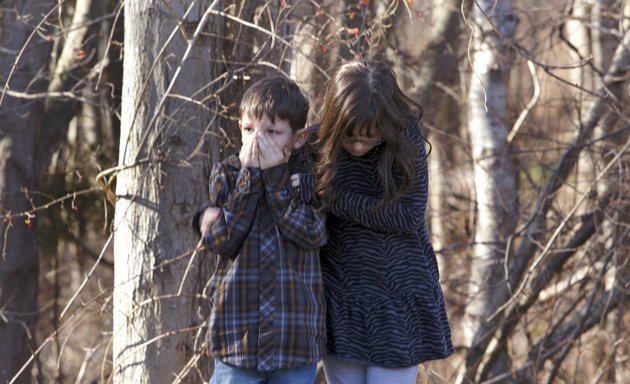 In Connecticut, we see ourselves

Yet again, the unthinkable has happened. This time it was the worst conceivable scenario.

They were small children, babies really, who still take naps in the afternoon; still believe in the Easter Bunny; and still believe in Santa, whose visit is just around the corner. With bright and dancing eyes they viewed a world of wonderment before them. Then, in a flash, the unmentionable, the horror and the utter devastation was upon them, upon us.

Friday afternoon, President Barack Obama, a man I have never voted for, addressed our nation. I have never been more proud of my president. I don’t know how he made it through his statement. I don’t believe that I could have done the same. I saw a heartbroken father. I saw me.

Late Friday night, Connecticut State Police Lt. J. Paul Vance told reporters that a list of the victims would be released Saturday morning following positive identification. In my mind’s eye, I could see the names and ages accompanied by yearbook photos of children, teachers and administrators.

I don’t really need to see the list, because I know these people and you do, too.

I see these children when I walk my daughter to her kindergarten class at Paine Primary School. An hour and a half before the shooting, I hugged them and kissed them as I wished them a happy sixth birthday. I saw the excitement of youth and a future. You’ve seen it, too, haven’t you?

We know the teachers, as well. I married one. They are no different than those who teach in Trussville, Clay and Pinson. We understand the pit bull mentality that kicked in when the children in their charge were in danger. Stand in harm’s way. Protect the children. Selfless.

In Connecticut, a principal, a Betsy Schmitt, a Sharon Gallant, a Beth Bruno, a Keith Lankford, a Jay Jacks, heard gunshots and ran toward, not away from, the danger. A husband is alone. Children will never again see their mother. This is real.

In 1988, a deranged gunman by the name of James Harvey walked into my alma mater, West End Christian School, in Tuscaloosa and held dozens of students and teachers at gunpoint for 12 hours. The children of family and friends were among the hostages. At the time, I served as president of the alumni association. The memory of the raw fear and anxiety that gripped parents who worried that a wrong word or action could destroy their lives forever is still clear. This can happen anywhere. This is personal.

We shake our heads at the level of inner city violence. We tsk, tsk, tsk the poor quality of big city schools. But Columbine, Newtown and Tuscaloosa are more akin to Trussville, Clay and Pinson than any urban area. Newtown, Conn., is Anywhere, USA
. It is us.

In all three cases, students were housed in brick and mortar buildings believed to be safe and secure. It wasn’t enough. Yet, seven years after the origination of Trussville City Schools, we still have 300 students and teachers in unprotected, unsecured portable classrooms. That is not acceptable on any level.

The original school board members should be applauded for building a new high school and eliminating portable classrooms at the old facility. The current board, likewise, should be congratulated for moving forward with plans for a new elementary school to end the unsafe practice at Paine.

Every board member who has served in the last seven years should be chastised for allowing the use of modular classrooms at Paine to continue this long. I should be chastised for remaining silent. We should all be reminded that a football stadium is a luxury, but safe environments for children is a necessity. Certainly we can have both, but our priorities should be crystal clear and unwavering.

In the last 24 hours, I have seen pictures of Israeli teachers armed with assault rifles and heard suggestions that we arm our teachers with guns. We ask these teachers to educate, nurture, to serve as social workers and confidants. We should not ask them to be armed guards. We should guard them and our children at any cost.

Student resource officers are provided at area middle and high schools. I honestly don’t know if an SRO is provided for elementary schools. But if that isn’t the case, then it should change Monday morning.

We haven’t allowed the numerous incidents over the last several decades to bring us to our senses. We have told ourselves that it can’t or won’t happen here. We have lied to ourselves. 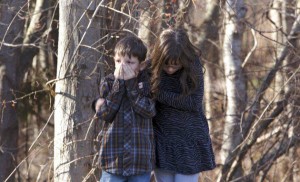 Can we now say that we will not allow these 20 precious children in Connecticut to die in vain? Can we learn something for the future? For our children’s future?

This isn’t about a knee-jerk reaction. It’s way too late for that. This is about reassessing our priorities and becoming proactive, because in Newtown, Conn., we see ourselves.