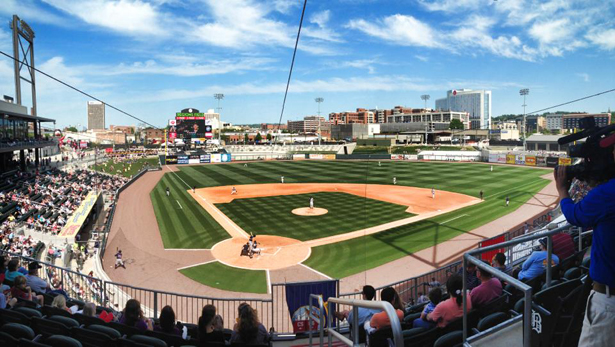 Regions Field took first place last year. Some news reports last week erroneously reported that Regions Field had repeated, but that was not the case. Blue Wahoos Stadium, home of the Pensacola Blue Wahoos, won by a slim margin over fellow their Southern League facility. 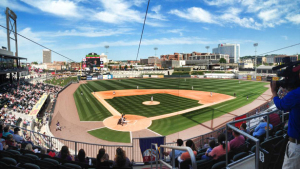 “We are very thankful for everyone who took the time to vote for Blue Wahoos Stadium,” said Wahoos President Jonathan Griffith. “We take great pride in the ballpark and what it means to the community in Pensacola. We are extremely thankful of the thousands of fans who voted and would like to congratulate the Birmingham Barons and what a great addition Regions Field is to downtown Birmingham.”

Riverwalk Stadium, home of the Montgomery Biscuits, was in the Final Four, losing in the semifinal voting to Pensacola. Riverwalk was the site of the Class 7A championship game where the Hewitt-Trussville Huskies won the state championship.

Over 67,000 fans weighed in during the course of voting for affiliated ballparks in the Best of the Ballparks competition.

Still, Regions Field will always be the No. 1 ballpark to a dozen fans. On June 3, Regions was the host to a naturalization ceremony. The 12 took the Oath of Allegiance as U.S. Citizenship and Immigration officials administered the ceremony.

Barons General Manager Jonathan Nelson addressed the new citizens: “Baseball is America’s pastime, and there is no better place to become a U.S. citizen than at a ballpark.

“We were honored to host a naturalization here at Regions Field,” he said. “Obviously, it’s a very special day for all those individuals becoming U.S. citizens. It’s also important for our organization to be active community partners.”

The 12 new citizens got tickets for that day’s Barons game.