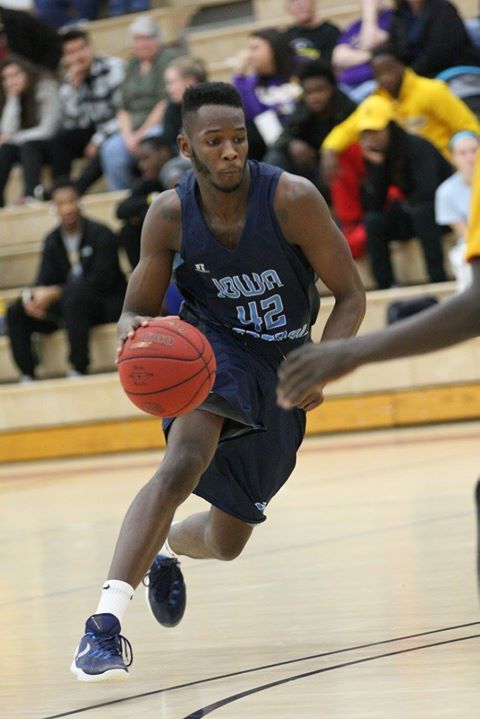 Baldwin just completed his sophomore season at Iowa Central Community College in Fort Dodge, Iowa, where he helped the Tritons to the regional tournament semifinals. 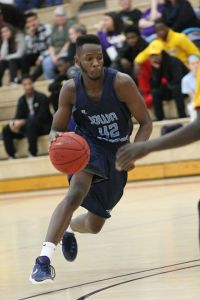 Baldwin, a 6-foot-1, 175-pound guard/forward started the majority of his career at Iowa Central. His sophomore year, he averaged 13.1 points per game, shooting 43.8 percent from the field, 35 percent from 3-point range and 68.3 percent from the free-throw line. He grabbed 4.9 rebounds and made 1.5 steals a contest. He chipped in 2.0 assists a game.

He thinks his game grew while at Iowa Central.

“I think I improved my ball handling,” Baldwin said. “And not being afraid to just play my game, being more aggressive on offense.”

As a freshman, Baldwin averaged 10.3 points per game on 51.1 percent shooting from the floor, including 30.2 percent from 3-point range. He shot 76.9 percent from the free-throw line and grabbed 4.6 rebounds an outing. He also handed out 1.5 assists and made 1.3 steals per game.

Baldwin said he takes a lot of pride in his defense, and gets a lot of points off steals and in transition.

At Freed-Hardeman, an NAIA university in Henderson, Tenn., Baldwin will be playing for Jim Sanderson, the longtime coach at Faulkner University. Sanderson, who spent last season as a volunteer assistant at Ramsay High in Birmingham after being relieved of coaching duties at Hewitt-Trussville before coaching a game, has an NAIA national championship on his resume to go with a 481-296 career record.

Freed-Hardeman is coming off a 25-8 season, winning its conference and ending the season ranked No. 19 in the country. The Lions reached the NAIA Tournament for the third straight season.

The former Cougar is ready to help the Lions continue that run. “I just want to bring whatever I can to help the team win games.”

Although Baldwin played at CCHS for Daniel Foy, current Cougars coach Jeremy Monceaux was an assistant under Sanderson at Faulkner. Baldwin said Monceaux should pick up the assist for helping him land at the Tennessee school. “Actually, it was Coach Monceaux who told Coach Sanderson about me and got us together.”

Baldwin was a third-team All-Metro pick by The Birmingham News after his senior year at Clay in 2012-13. He averaged 16.3 points and 6.4 rebounds that season.