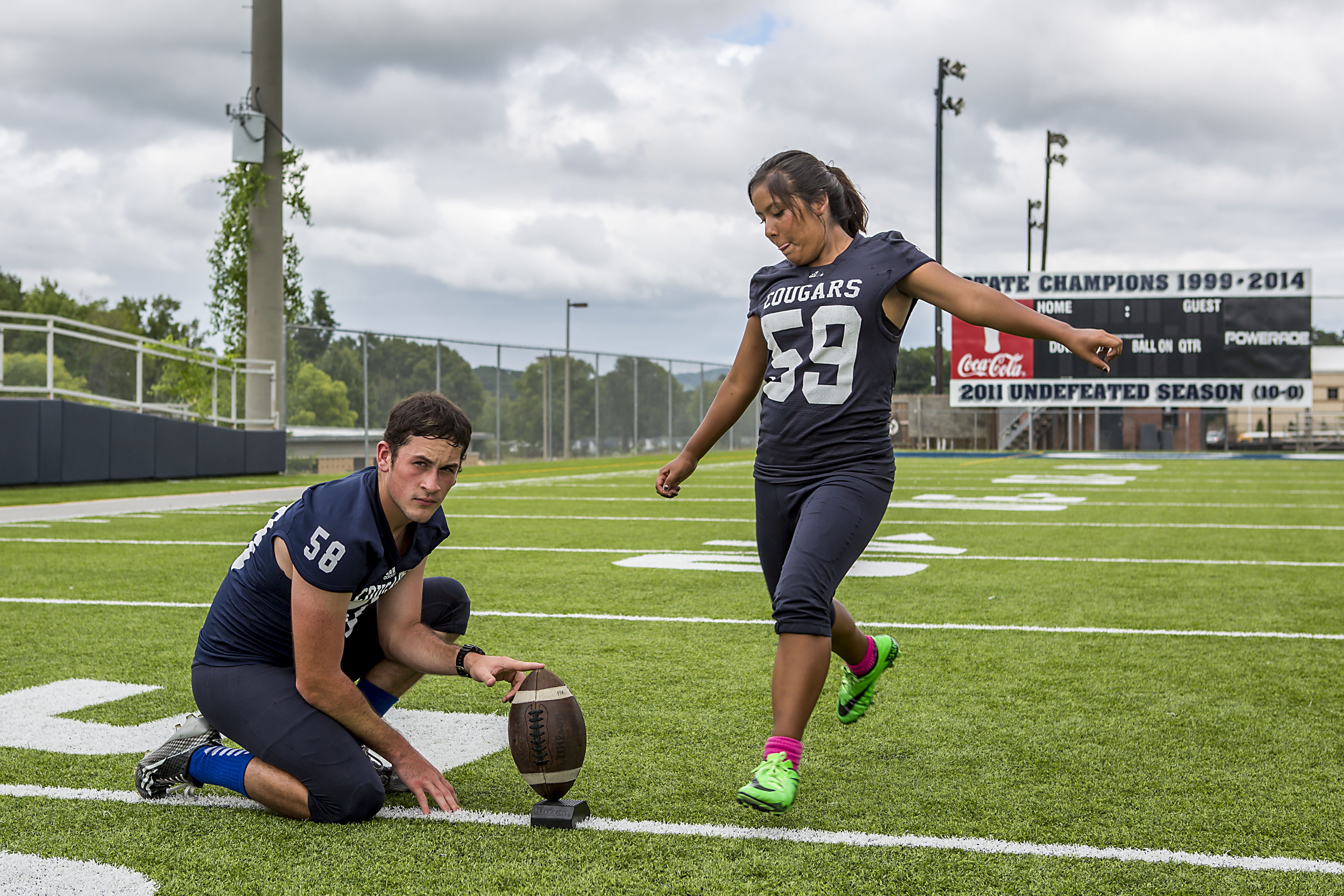 Girl just wants to get her kicks in

CLAY – It’s not all that uncommon for a high school soccer player to ask the football coach for the chance to kick for the football team.

So that’s what the Clay-Chalkville senior who will wear No. 59 this season did. 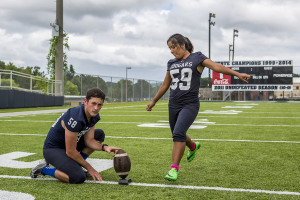 “She just asked could she kick for the football team,” Cougars coach Jerry Hood said.

“When I first told my mom,” Marjory Chacon Ottaviani said, “she was like, ‘Are you serious?’” And I said, ‘Yeah!’ and she said, ‘Go ahead.’ Because my mom, she played soccer in a men’s league in college because they didn’t have a girls soccer team at Birmingham-Southern when she was in college. She thought it was a great idea for me to do that.”

Chacon Ottaviani plays defender and midfielder on the soccer team. She took up soccer only when she got to the seventh grade at Clay-Chalkville Middle School. Her brother plays football at the middle school and she said she loves and understands the game.

“I do, I love football,” she smiled. “I always wanted to kick. In soccer, I kick the ball. I wanted to do something different. I’ve always wanted to, since ninth-grade year, I just didn’t have the guts.”

Hood is happy she’s on the team. “Marjory is awesome to have. She is an inspiration to us because she just walked up and wanted to be on the team. She works out with the kids, runs with the kids. Never complains, is very diligent in letting me know if something comes up and can’t be here.

“That is just fun to have that little girl be out here with us.”

She’s mostly kicking extra points in practice. At 5-foot-6 and 135 pounds, she’s looking for accuracy, not distance. Drennon Mayhew, a junior, is the starting place-kicker and punter.

“My goal is to get in the game an score an extra point,” she said. “I’ve been sticking with extra points. That’s what Coach wants me to do. I make two out of five sometimes. I’m getting better at it.”

Hood said her teammates accept her. “I think this is the great thing about Clay. The boys have never addressed it. She dresses in her own private area. But there’s never an issue … I’ve not seen any of that, and I think that’s a little uncommon. 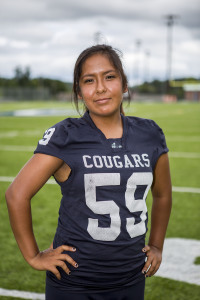 “They’re like, if she’s going to run like we do, more power to her, baby, she’s on the team. But they get excited when she gets her chance to kick every now and then. If she hits one, man, they’re excited for her.”

She said the guys on the team are very supportive. “They’ve taken me under their wing and helped me. They’ve been really nice.”

Chacon Ottaviani isn’t the first female to suit up for the Cougars. Cassie Clayton played in 2013. So Hood is comfortable with having a girl on the team. Clayton was listed as a kicker on the roster, but she never kicked in a game.

“She was the first girl I ever coached,” Hood said. “She got in a varsity game at tight end and she actually blocked somebody, like a real football block. The exciting thing … She joined up as a senior, so obviously she didn’t know a whole lot, but the exciting thing is when we sent her in the game, the respect she got from the fans, and they all knew who she was, she was one of the most popular players we had on a very good team. But when we sent her into the game, they were so excited, and I’m quite sure every eye was on her.