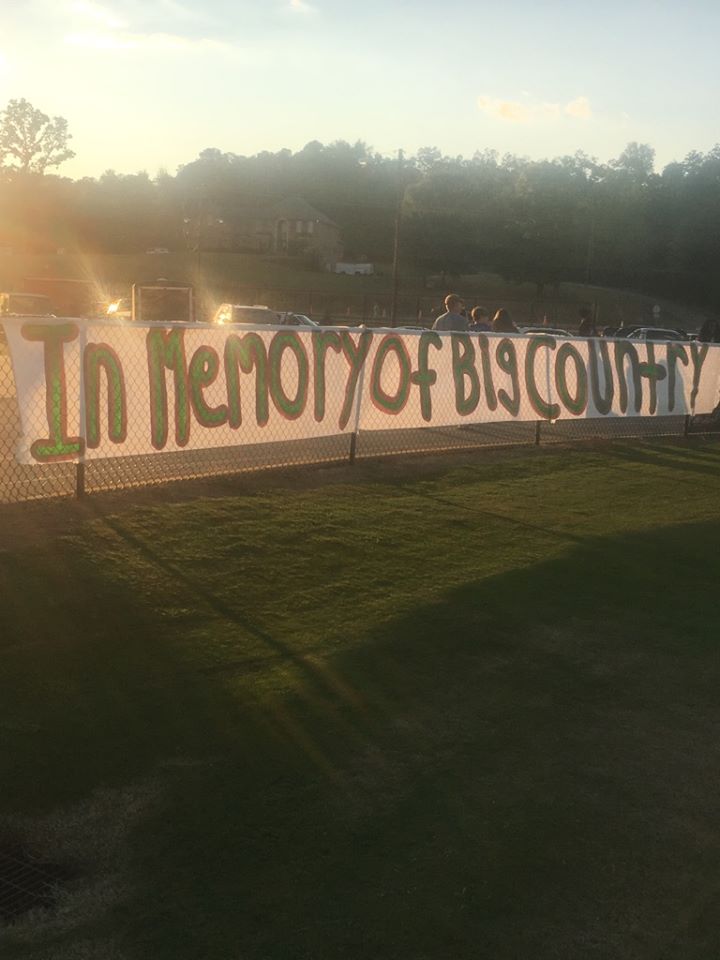 “I lost my oldest son almost five months ago, Cody ‘Big Country’ Cole. I would like to thank the Clay Cheerleaders for making and hanging this sign on the Pinson field last night! After yesterday morning with all the vulgar flags, and this made it worth it to this momma! Sometimes it’s the little things! It meant so much to me being from Pinson alley, and it was a ball game to remember, that’s for sure. Thank you Clay Cheer for an amazing memory!”

CCHS cheer sponsor Crissy Fowler said the squad came to the coaches last week asking if they could create something in remembrance of Big Country, and they were in total support.

“We were so touched by the love these students have for one another, no matter what school they attend,” Fowler said. “All of the girls were so incredibly supportive. We were proud to remember Cody.”