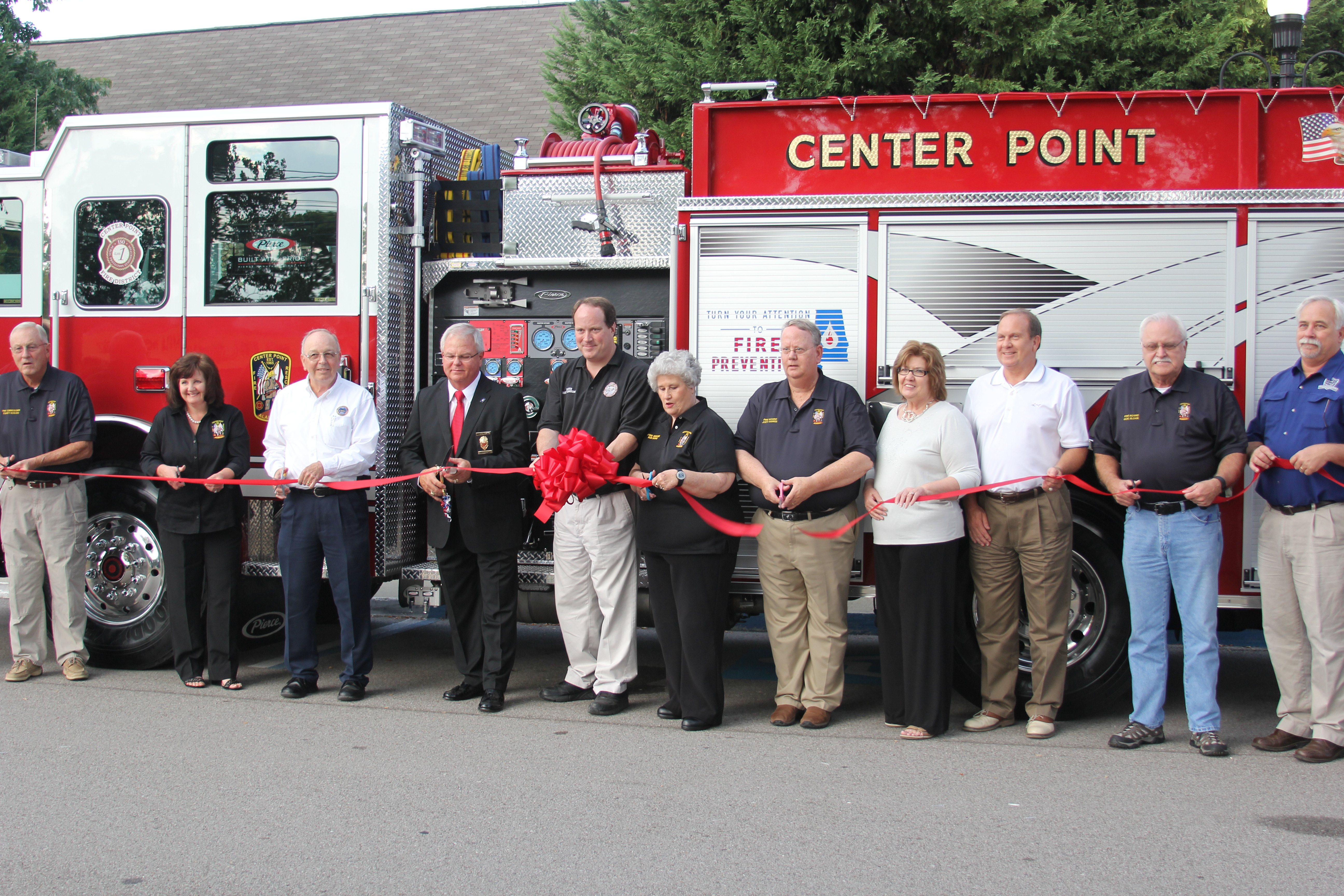 CENTER POINT – The Center Point Fire District monthly board meeting on Monday was one full of recognition.

Five new firefighters were pinned, and the Department’s new truck was also dedicated during the meeting. Many public officials from the cities of Center Point, Clay and Pinson attended to show their support.

Center Point Fire District Battalion Chief Gene Coleman said the need was identified in 2014 for a new fire truck, but the purchase process was delayed until 2015.

“The process started in June to find all the options and what needs were identified to serve the community,” Coleman said.

Coleman said it takes on average nine months to build a fire truck. The new truck includes an iPad for navigation and tracking, a backup camera, medical equipment and multiple foam lines.

“Hopefully it will serve the community for a while,” Coleman said.

Five new firefighters were also sworn in and pinned by their families during the meeting.

“A little over a year ago I was here being sworn in as a new employee, not knowing what to expect, but I’ve had some surprises and they’ve all been really good surprises,” Capt. William Ward, EMS Officer for the Center Point Fire District, said. “I tell people I’m on an all star team, this is an all star fire department.”

Ward said the process for selecting new employees is “rigorous,” and dozens of candidate met the minimum qualifications. Once the pool of applicants was narrowed, applicants went through a detailed interview, which included oral and written components.

“We passed up a lot of folks that most fire departments would really kill for to get the five we got,” Ward said. Although some of the new firefighters are native to Alabama, others come from as far as California and Croatia.

The Explorer program was recognized during the meeting, which gives students between the ages of 14 and 20 the opportunity to develop skills and acquire training from local fire departments.

Explorers from the Center Point Fire District recently brought home 10 of 15 possible trophies from a statewide competition, placing top 3 in every event they entered.

Capt. Chris Horn also announced the kick off of Breast Cancer Awareness Month, which will take place September 25 at Cosby Lake. According to Horn, there are currently nine events lined up in the month of October where the famous pink truck will be present, and t-shirts are ready for purchase by contacting Horn or stopping by one of the Center Point fire stations. All proceeds from the shirts, which cost $15 each, will go towards the Breast Cancer Research Foundation of Alabama.