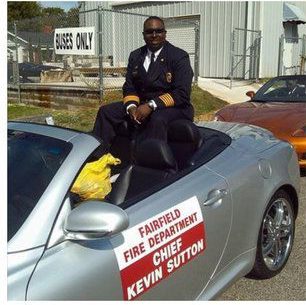 JEFFERSON COUNTY — A fatal traffic accident on Interstate 59 Sunday not only shut down the road, but it claimed the life of Fairfield Fire Chief Kevin Sutton, according to Birmingham police. 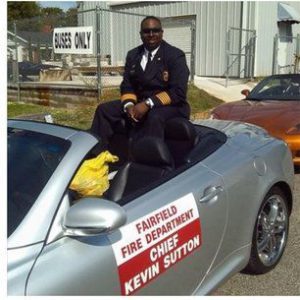 An 18-wheeler traveling southbound just past the Fourth Avenue Bridge crossed the median and hit Sutton’s SUV and another vehicle. After impact, both passenger vehicles slid down an embankment.

Sutton’s daughter was thrown from the vehicle, while he and his wife were trapped inside. Sutton’s wife and daughter were transported to UAB hospital.

This was the second fatal traffic accident in the area in two days. On Saturday, a car blew a tire and flipped three times killing one person