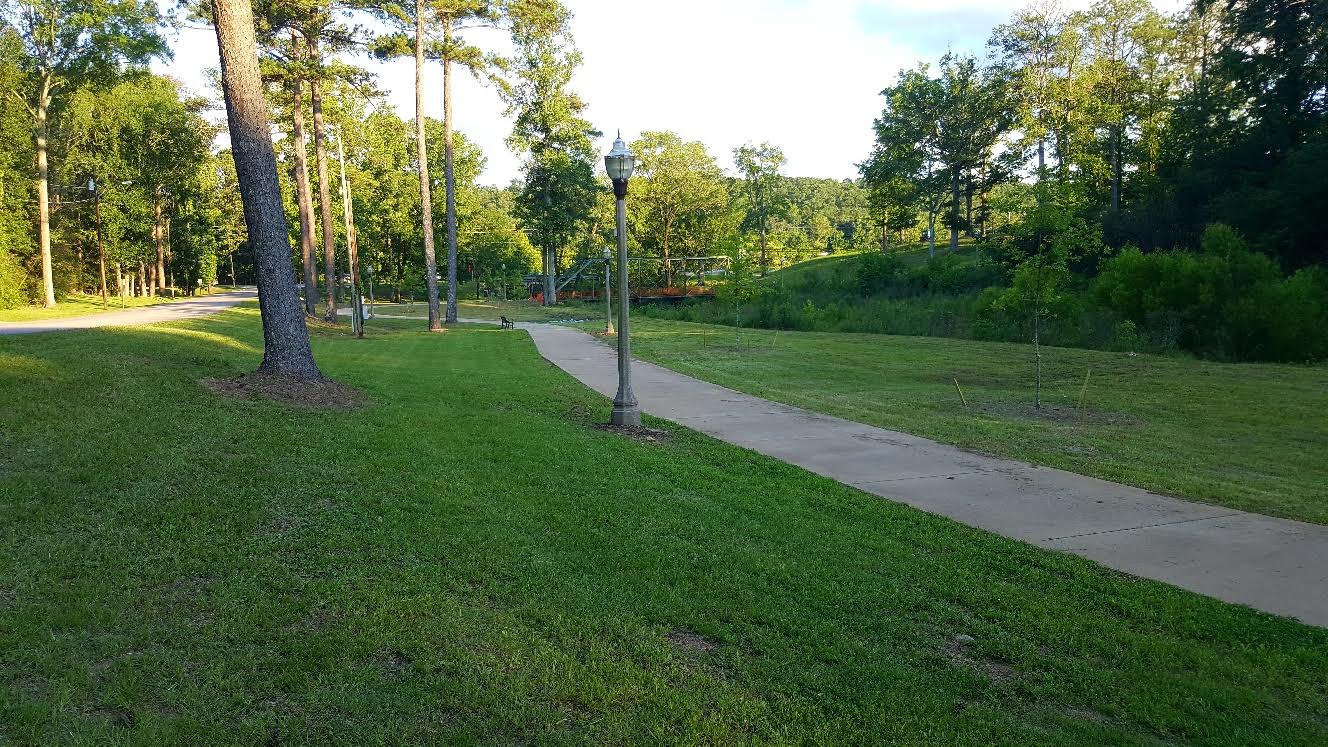 Contractor days away from final inspection of Civitan Park

TRUSSVILLE – At a meeting of the Trussville Council on Tuesday night, Mayor Buddy Choat said that the Greenways Civitan Park is not far from a final inspection by the Alabama Department of Transportation. But even though the final inspection is coming up, there is still work to be done. 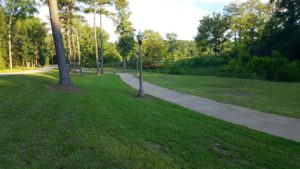 A sidewalk on the long awaited Greenways Civitan Park. Photo by Scott Buttram.

The project that has been underway for seven years has had setbacks since it began. A recent hindrance occurred last week when the tropical storm Cindy damaged four sections of sidewalk at the park.

But the sidewalks should be filled in tomorrow and will await inspection, Choat said during his comments.

In addition to the sidewalk, the city plans to make repairs to the footbridge that stands over the Cahaba river. New personnel have been hired to cut grass wherever it is needed.

“Hopefully we’re coming down on the home stretch,” Choat said. “We’re making progress and hopefully if this will pass inspection – maybe by the end of this month – it really will be a celebration of the Fourth of July.”

Earlier in the meeting, the council heard from a Sain Associates representative regarding­ making sidewalks and other features in Trussville compliant with the American Disabilities Act. The representative said that a study has been done of the various structures that will need to be upgraded based on a severity rating of High, Medium and Low.

Issues rated High are those that are easily identifiable by anybody in the public while Medium and Low issues are those that will need to be inspected closely by an expert. The representative said that high priority issues in Trussville include sidewalks coming to a curb but lacking a curb ramp. He said that he inspected one sidewalk that was “very severely buckled.”

A draft of an overview by Sain Associates discusses the issues that need to be addressed and strategies that could be implemented. The first twenty pages are available to be viewed online on the city government’s website and comments can be made by the public.

Cost of construction for all the issues to be addressed is estimated to be around $7.7 million. High priority issues will cost approximately $50,000 to complete. Sain Associates recommends that the city address the High and Medium issues, which will be around $1.2 million.

It was recommended that the city begin budgeting $100,000 per year for a 12-year plan. At the end of 12 years the plan can be reevaluated and a new one drawn up. The council then opened the floor to public opinion, of which there was no opposition to the plans.

In other business, the council unanimously approved a resolution to make improvements to I-59 guardrails from I-459 to Chalkville Road. Councilman Zack Steele said that the city will agree with requirements by the Federal Highway Administration on the requirements to begin work on the project.

Choat also mentioned in his comments that plans and a timeline for renovations to the Trussville Public Library have been provided by Library Director Emily Tish. He had a copy of the plans that could be viewed by the public.

The next Trussville City Council meeting will take place on July 11 at 6 p.m.