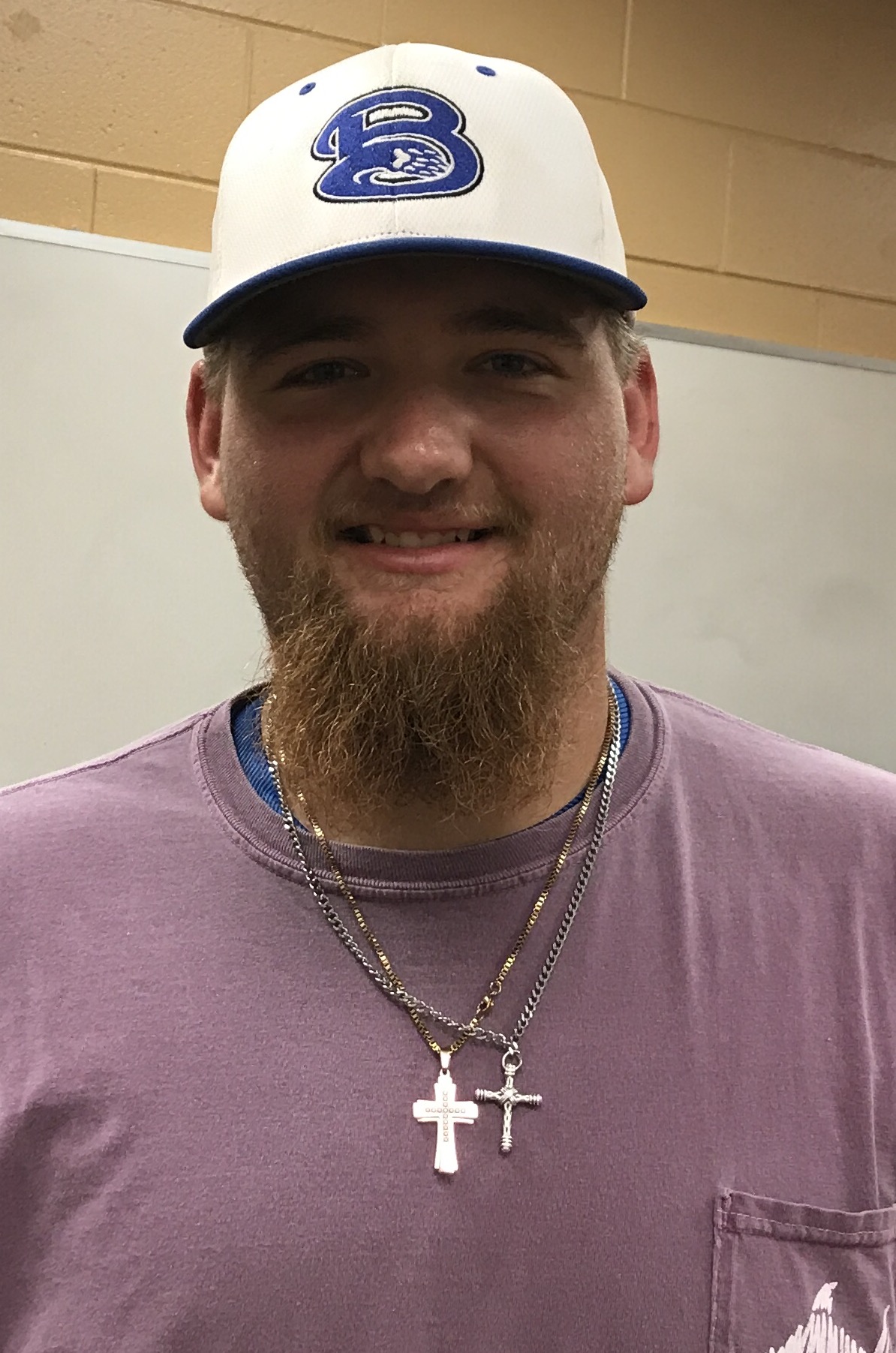 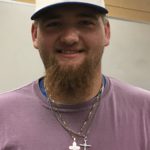 Instead, he’s turning his attention to crushing baseballs as he gets a new chance at a college career, this time in the one closest to his heart.

Recruited as a preferred walk-on to Joey Jones’ football team, the 6-foot-6, 330-pound Shankles was an anchor at center for the Indians. But a fifth knee injury convinced Shankles it was time to take off the pads and pick up a bat.

As noted, baseball was his first love.

“All the way,” Shankles said. “I quit football after my sophomore year to concentrate on baseball, but (then-offensive coordinator) Jon Clemens (now at Clay-Chalkville) got me back into it.”

It paid off, interest-wise. Division III Maryville offered, then NAIA power Lindsey Wilson offered. He was set to sign there before D-I South Alabama came calling with its preferred walk-on deal.

But he couldn’t shake the injury bug. Shankles had had surgeries all four years at Pinson Valley before the last one at South Alabama.

The former Pinson Valley Indian has been away from the diamond for a while. He last played for the Indians in his junior year and then for only six games before he blew out his knee. He did help his stepfather, Indians head coach Shane Chappell, coach some last spring.

“I have a better understanding of the game after coaching this spring, watching the guys play,” he said. “I have a better understanding, I guess, from watching them struggle. I’m smarter at the game, knowing what pitches they might throw me at certain times. After seeing a guy pop up and pop up over and over again, you know, I see it from a different perspective than when I played.”

Bevill State offered a scholarship sight-unseen by coach Joey May. No doubt Chappell’s connections had an impact, plus friends and former teammates Rudd Mauldin and Jakob Box are there. But Chappell stressed that Shankles’ chance to play is a “testament to his work ethic and perseverance.”

His father and stepdad urged him to give baseball one last swing at Bevill.

Father Steve Shankles, who lives in Trussville said, “Why not just try to get back in baseball. And Shane is good friends with the coach because he coached in JUCO. They had an open spot and said I could walk on. About a week later they called and said they had a scholarship.”

Bevill State is restarting its baseball program after a shutdown of several years due to funding. It clearly is leaning heavily on Pinson Valley’s Mauldin, Box and Shankles, who’ll play first base, to be successful immediately.

“I’ve been playing all summer, about 25 games, on a team Shane is coaching on. I played pretty good.”

He said the hardest thing to get back was the timing of hitting. However, he’s gotten that back and tries to put the thought of another injury out of his mind.

“I don’t want to be down that road again, but if it does, it’s life, it happens.”

He hopes to end up with a four-year opportunity – “that’s everybody’s goal in JUCO” – but when his playing time is done, though, he knows he wants to coach, like his stepdad and his dad. Although, he did play some golf his senior year at PV.

“Just something to do,” he said, with his buddies Caleb O’Toole and John Dobbs. O’Toole is at Central Alabama and Dobbs at Jefferson State.

“I definitely want to coach at some point, that’s my major.”

Someday, Shankles will have some personal stories to share about perseverance, and maybe, how when one door is closed another one opens for the better.