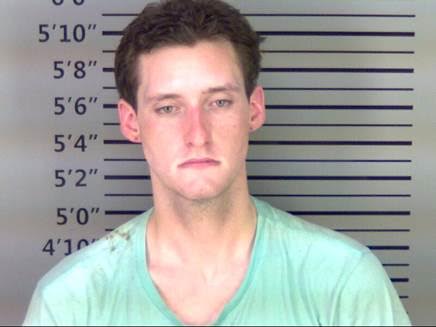 A Pinson woman and a Hoover man were arrested Monday night after leading police on a high-speed chase through east Jefferson County. After the fleeing motorist was stopped, authorities reportedly found illegal contraband in the vehicle as well a rifle with about 100 rounds of ammunition.

The chase began around 10 p.m. Monday after Trussville patrol officers attempted to stop a 2005 Pontiac Grand Am because the registered owner, Jeffrey David Neas, had an outstanding felony warrant with the Jefferson County Sheriff’s Office. 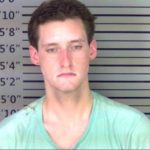 The driver, Lauren Elizabeth Cole, sped away in an attempt to elude officers. Neas was a passenger in the vehicle.

The car was pursued over surface streets before making its way onto Interstate 20.  In her attempt to escape, Cole exited and re-entered the interstate several times before traveling east on I-20.

Trussville Police Detective Michael Bruce said Cole took the exits at the last possible moment in an apparent attempt to throw off the pursuing officers.

The suspect vehicle struck another vehicle as Cole attempted to exit I-20 at exit number 158 in the Pell City area.

The suspect vehicle was then forced off the roadway by pursuing officers. C

Cole and Neas were taken into custody without further incident. The chase occurred at approximately 10 p.m.

There were no serious injuries reported in the accident. 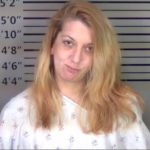 She is being held at the Trussville City Jail as she awaits transfer to the Jefferson County Jail.

Cole was discovered to have an outstanding misdemeanor warrant with the Fairfield Police Department and an outstanding felony warrant with Jefferson County for Failure to Appear for Unlawful Possession of a Controlled Substance. She is to be held with no bond.

In addition to the drugs, authorities reportedly found in the vehicle’s backseat a loaded AR-15 rifle.

Trussville detective Michael Bruce said the gun had a 30-round magazine attached. In all, he said about 100 rounds of ammunition were found in the vehicle.

“Nease could face additional charges if we can trace that to a different owner,” said Michael who said officials ran the serial number on the gun. Thus far, the gun has not been reported as stolen, according to the database authorities searched.