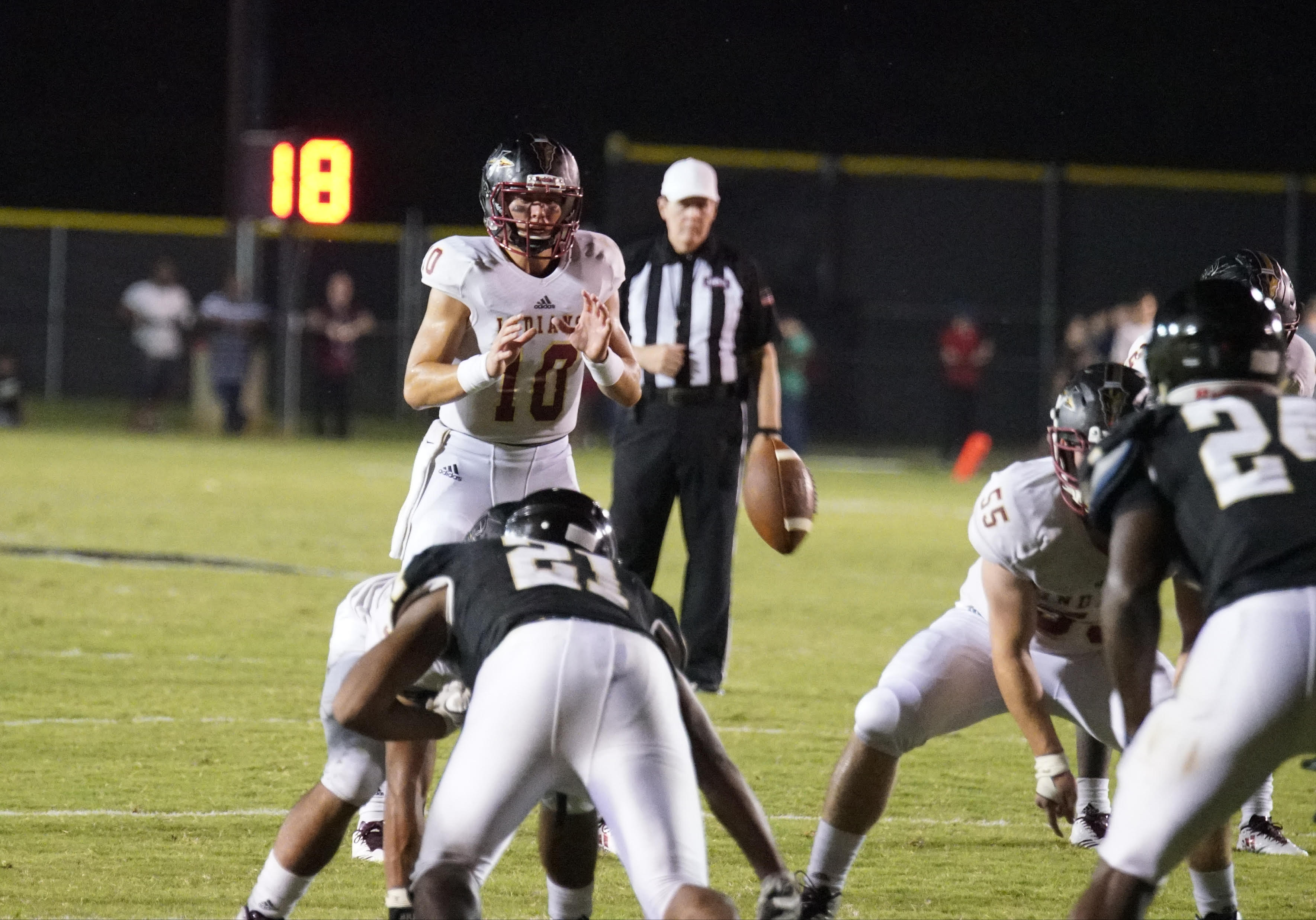 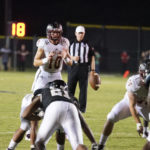 The Pinson Valley Indians defeated the McAdory Yellow Jackets 47-13 in their season opener.

Coach Patrick Nix, who coached his first game at Pinson Valley (1-0) after coaching Scottsboro for four years, was “very proud of the way they played” on the road.

“The biggest thing, [I was] proud that we came out of here with a win,” said Nix.

His son, Bo Nix, impressed in his first game with Pinson Valley after transferring from Scottsboro alongside his father. He completed 24 of 32 passes for 292 yards and three touchdowns. He added a fourth touchdown on his only rush of the game, a 16-yard scramble

Patrick Nix believes that the win was a team effort. “Overall, I think everyone played well,” Nix said. He praised his wide receivers, running backs, and offensive line, and credited them equally with the team’s stellar offensive performance.

Pinson Valley scored the first three touchdowns of the game, but momentum appeared to be swinging towards McAdory (0-1) after a long touchdown and a fourth down stop on the Indians’ ensuing possession. However, Marco Harris made the defensive play of the night by picking up a fumble and running it into the end zone to reestablish control for Pinson Valley.

After the fumble recovery, the Yellow Jackets drove again, but were intercepted by Raymond Womack in the red zone to end the first half.

The last six minutes, despite the game being well in hand, were eventful. McAdory got their second touchdown of the game on a 33 yard hail mary from Ethan Wade to Willie Stokes.

The biggest play of the game, a 52 yard run from Jaytorian Sharp, happened immediately after Stokes’ touchdown in the fourth quarter. The two teams also exchanged fumbles in the last two minutes of the game.