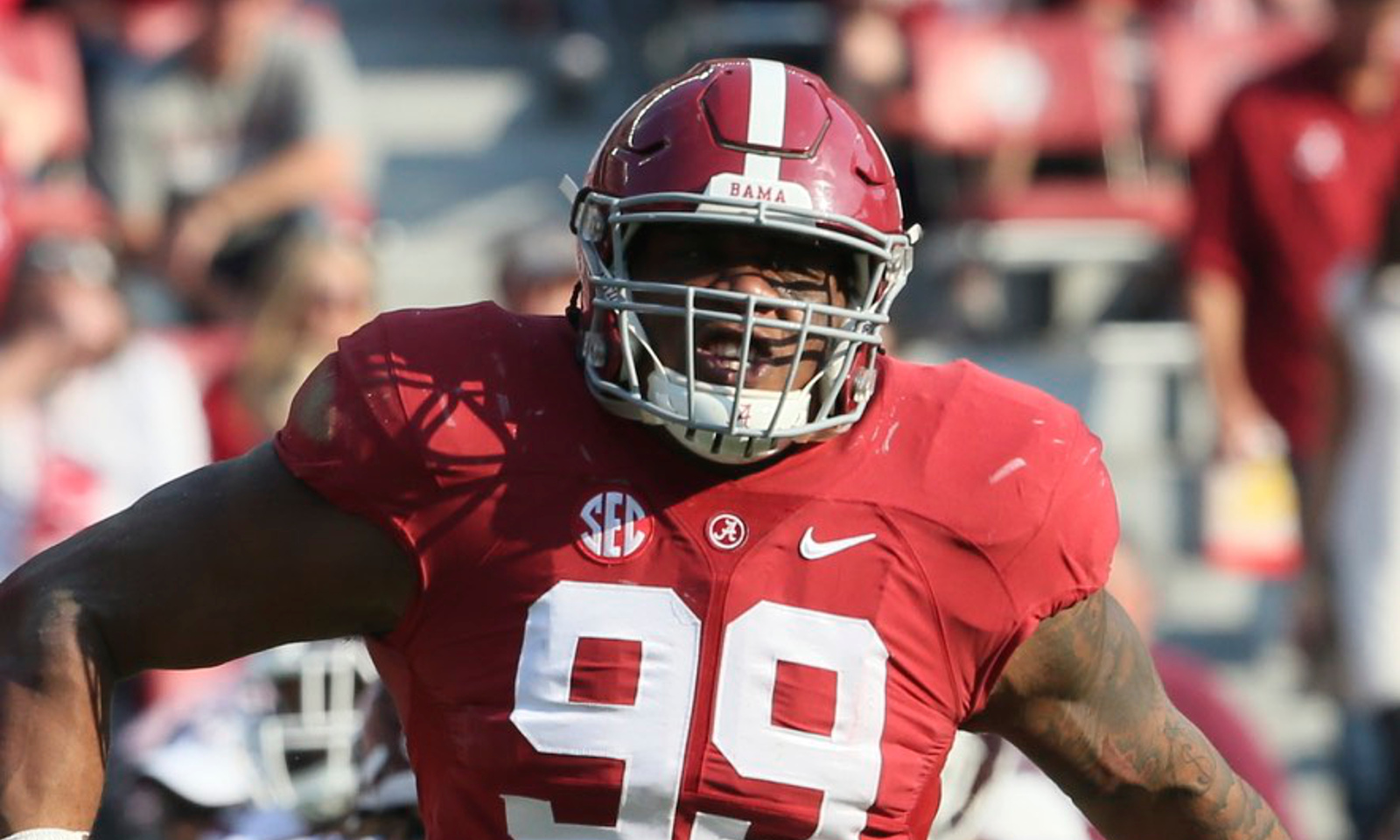 TUSCALOOSA – Alabama defensive lineman Raekwon Davis, 20, suffered a minor injured by a stray bullet while standing outside of a bar in Tuscaloosa, according to WIAT. 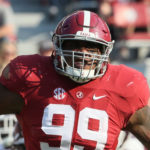 The incident happened early today as he was standing outside of Bar 17 in Tuscaloosa. He was hit in the right leg by a stray bullet that was apparently not intended for him, according to police. He was transported to a hospital where his injury was considered minor.

It is not known if this will affect him in Alabama’s game against Florida State on Sept. 2.