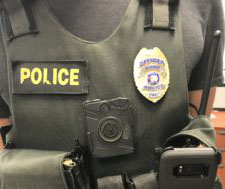 ARGO — The Argo City Council on Monday approved the purchase and installation of seven new body cameras for the city’s police department. City officials awarded a $24,462.59 contract for the purchase of the cameras, which includes maintenance and software to Axon Enterprise, Inc. 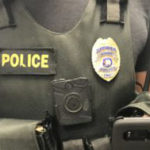 In addition to increased memory and wider lenses, Axon will give Argo new cameras, docks and mounts. Among the camera’s notable features are its battery life, video resolution and shock-resistance capability.

Argo Police officer Alan Busler explained that the purpose of the cameras is to provide evidence and transparency for the department.

“Once an officer finishes his shift, he is able to review, tag videos. The camera is then placed onto a docking station where the video is transferred to an online secured server,” says Busler. “The server is a secured evidence chamber. The video is protected and cannot be edited, or manipulated to look like something that it is not.”

In other business, Argo Fire Chief Mike Platts announced to the council the city’s fire department was recently awarded a Staffing for Adequate Fire and Emergency Response grant (SAFER), which the department applied in the spring of 2016. The SAFER grant, paid for by the Federal Emergency Management Agency, will fund advertising and marketing for a recruitment efforts and pay for the purchase of safety gear for new employees.

Also, the council announced the dates of Argo’s fall cleanup with Advanced Disposal, a refuse riddance company. Fall cleanup will begin Oct. 21-28  at the Argo city hall. There will be two dumpsters parked at city hall.

This is a free service offered to the city twice a year through Advanced Disposal.

The next council meeting will be held on Oct.9 at 6 p.m.