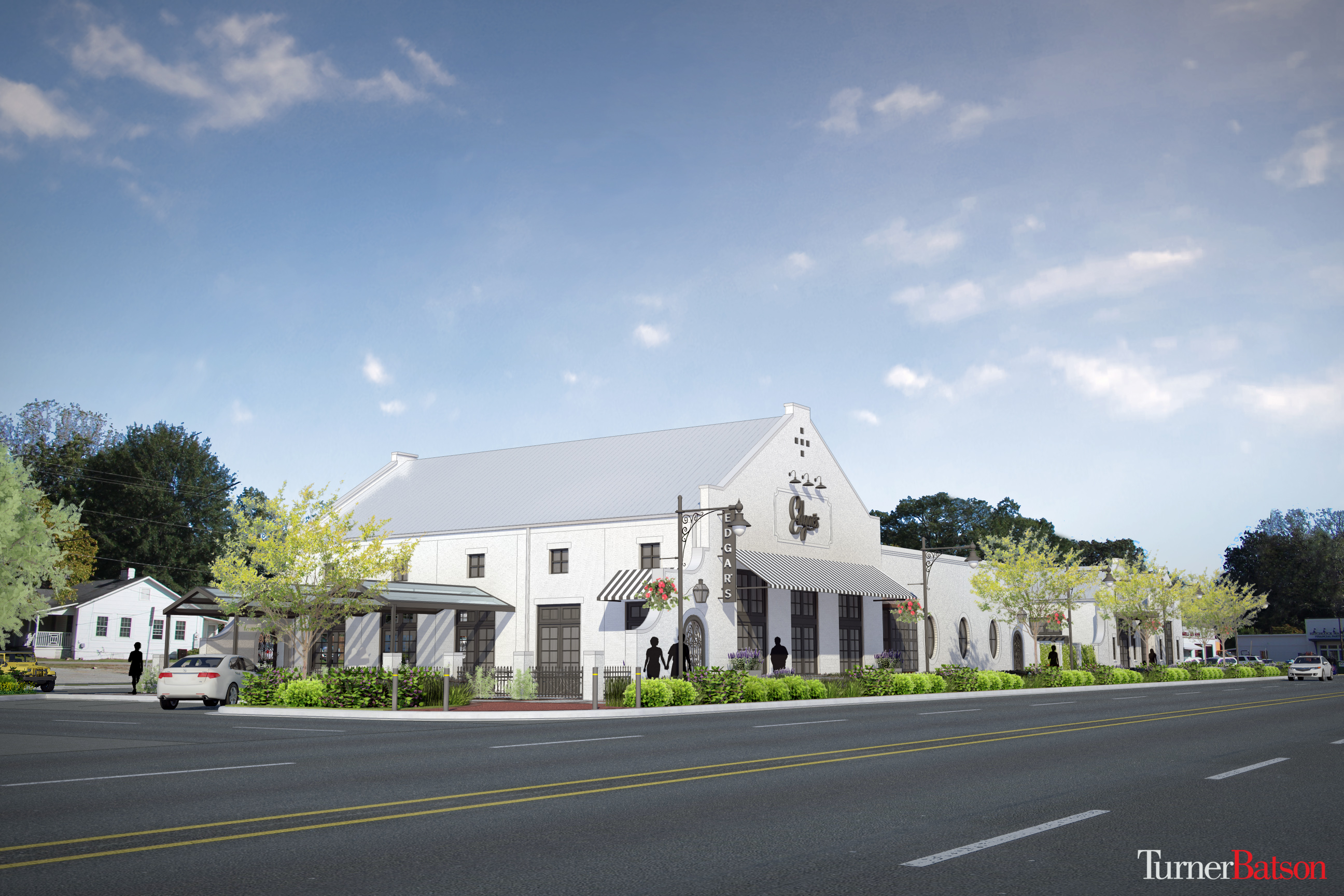 Edgar's Bakery will be located on Main Street downtown.

TRUSSVILLE — Today Mayor Buddy Choat showed off the downtown redevelopment plan to local business leaders during the monthly Chamber of Commerce luncheon revealing the city’s plan to enhance and energize the Trussville’s economic development. Mayor Choat explained that the new plan will invigorate the historic downtown to be attractive, safe and family-friendly. 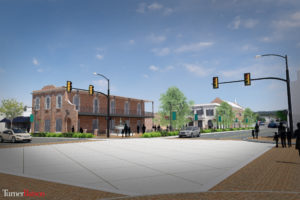 The corner building of the former Braden’s Furniture will be razed for a public plaza and Brik Realty will renovate the second building.

The downtown revitalization plans, being developed by the Trussville Downtown Redevelopment Authority, city officials and outside consultants, have a goal of several catalyst projects that would rehabilitate many historic buildings and enliven Main Street. It’s a comprehensive project hard to visualize now despite several outward improvements but is the start of a process that could bring changes both large and small.

The intersection of Main Street and Chalkville Road, also considered as the heart of Trussville, will be a gateway project providing the streets with sidewalks, an intersection with a wider turn radius, and decorative street lights.

To include this gateway to downtown, the project area will involve razing the corner portion of the former Braden Furniture buildings for a public plaza. The rendering suggests pedestrian corridors, way-finding and branding, and primary streetscapes – with sidewalks, trees, and a unique city fountain.

“The city had bought the Braden property several years ago to widen the road,” says Choat. “The Council and I have decided that we have a better plan that we shared with the Chamber that will connect the road and wrap around that corner. We are going to take that corner building down.” 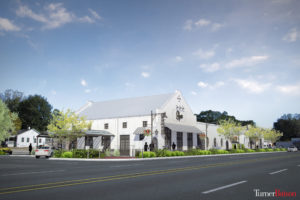 Edgar’s Bakery will be located on Main Street downtown.

Last Tuesday, the Council approved a plan for Brik Realty to purchase and renovate the former Braden’s building which is second from the corner on Main Street. The Mayor says that if the building passes all the inspections, the building will remain, but undergo extensive renovations.

Kevin Sargent, vice president of operations at Brik Realty said he was looking forward to being a part of the city’s redevelopment plan through a new partnership, Trussvegas LLC., with Brik president Gusty Gulas.

“Gusty and I are very excited about the opportunity to have a part in transforming the image of downtown Trussville,” Sargent said. “Brik’s success in the eastern Birmingham market and more specifically Trussville market has led us to search out a new space for our continued growth.”

The Mayor adds that the corner Braden building will be torn down to take part in the road’s widening, a pedestrian plaza, and other enhancements. 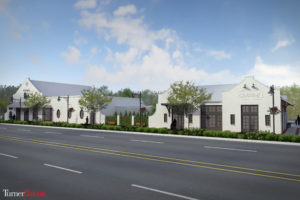 The Edgar’s Bakery building will include an additional 2,400 square feet of retail space for lease.

“We are working with Alabama Department of Transportation (ALDOT) on the corner of the intersection,” Choat said. “We are going to take down the existing poles, the turn radius will be a lot larger, add new traffic signals with mast arms and decorative lighting.”

Local businesses who have made renovation efforts on Main Street include the Trussville Tribune, Gunter Oil, Hitchcock Maddox Financial Partners, and Keller Williams. New renovations underway include the Slag Heap Brewery, which will open its doors this December, and the building at 410 Main Street.

Another Main Street property unveiled in the Trussville’s downtown revitalization plan is the construction of Edgar’s Bakery. Architectural drawings of the bakery were prepared by architect David Reese of Turner Batson Architects.

Edgar’s, the popular Birmingham-based bakery, purchased the former Stix and Stuff furniture property, located across the street from Moe’s Original Bar B Que, from the city mid–Sept. for $500,000. The twenty-three-page development agreement between Edgar’s Trussville, LLC, and the city includes construction to begin by Nov. 30 of this year with a final completion date of Dec. 31, 2018.

The Edgar’s building will include approximately 2,400 square feet of additional retail space which will be leased to a yet to be named business.

“They will have a plan to submit to the council and placed on their sign probably next month,” says Choat. “We’re excited. It was a long time in the works and I think it’s great for the City of Trussville, and downtown, to help us in our renovation of downtown.”

Choat said when the idea of revitalization came, interest flowed from multiple sources.

“The enthusiasm came when we, as Mayor and Council, took office. We all campaigned on the new downtown Trussville,” says Choat, who is nearing the end of his first year as mayor.

“The enthusiasm is not only from the people of Trussville, but people outside of Trussville, who are now seeing what can happen here,” Choat said. “They want to come to a safe environment that has a wonderful neighborhood, great community support,  and events that are family-friendly. Our whole downtown area should grow from this experience and we are excited about that.”

The city is currently working with the utility companies and local entities to ensure the project is clean and professional looking. As far as the timeline for completion, Choat said that within 12 to 18 months residents should begin to see the transformation.

“This time next October, you will be able to tell what this will look like,” Choat said, referring to the city’s many phases. “We have streets, sidewalks, lights, and businesses to move in here. It’s going to happen within the next 18 months or so.”

The Chamber luncheon, held at the Trussville Civic Center, was sponsored by Trussville Gas and Water.