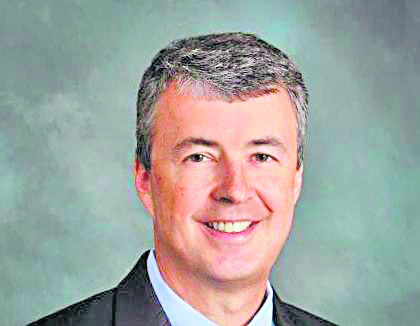 MOODY –Alabama attorney general Steve Marshall announced on Tuesday that his office obtained a court order that permanently shut down Plumbing 911 in Moody.

The company website listed a Moody address, but had separate phone numbers for Trussville, east Birmingham, Leeds, Pell City, and Over The Mountain.

“Plumbing 911 must cease plumbing and gas services, and its owner Tony Curtis Gowins must surrender his state license and never again work in the plumbing and gas industry in Alabama,” according to a statement issued by Marshall’s office.

Marshall said the action resulted from repeated violations by Gowins and Plumbing 911 despite an earlier settlement agreement with the Attorney General’s Office and the Alabama Plumbers and Gasfitters Examining Board.

The December 2016 settlement required the company to reform its unscrupulous business practices, specifically that it must honor estimates and abide by State plumbing and gas regulations, Marshall said in his statement.

The Attorney General’s Consumer Interest Division continued to receive serious complaints regarding overpricing and substandard work that was not compliant with plumbing and gas codes, the statement read.

The Attorney General’s Office conducted an investigation and subsequently filed a motion for the permanent injunction that was granted by the Jefferson County Circuit Court on October 18.  The court’s order directed that the company and its owner must cease operation by October 31.

The AG’s office said complaint that led to the December settlement cited numerous violations of the Alabama Deceptive Trade Practices Act and State plumbing and gas regulations, such as charging consumers double the price of estimates, performing substandard and unnecessary work, causing major damage to property, failing to obtain required permits and licensing, and more.  That settlement required the company to pay $109,044 in compensation to five consumers, and per this month’s court order the company was required to pay $3,535 to four additional consumers.

“This case should serve as a strong warning that the Attorney General’s Office will hold dishonest business operators to account for their wrongdoing, that they will be made to adhere to settlement agreements and follow consumer protection laws and regulations, and that continued violations will not be tolerated,” Marshall said.

“The State of Alabama Plumbers and Gas Fitters Examining Board remains committed to the protection of the good people of Alabama from unscrupulous contractors,” said Executive Director David Wilcox. “We were glad to partner with the Attorney General’s office and express our appreciation to (Assistant Attorney General) Noel Barnes and (plumbing and gasfitters board officer) Michael Leonhardi as well as all the staff from both agencies who aided in the pursuance of Mr. Gowins.  We are pleased to reach this resolution in this matter.”