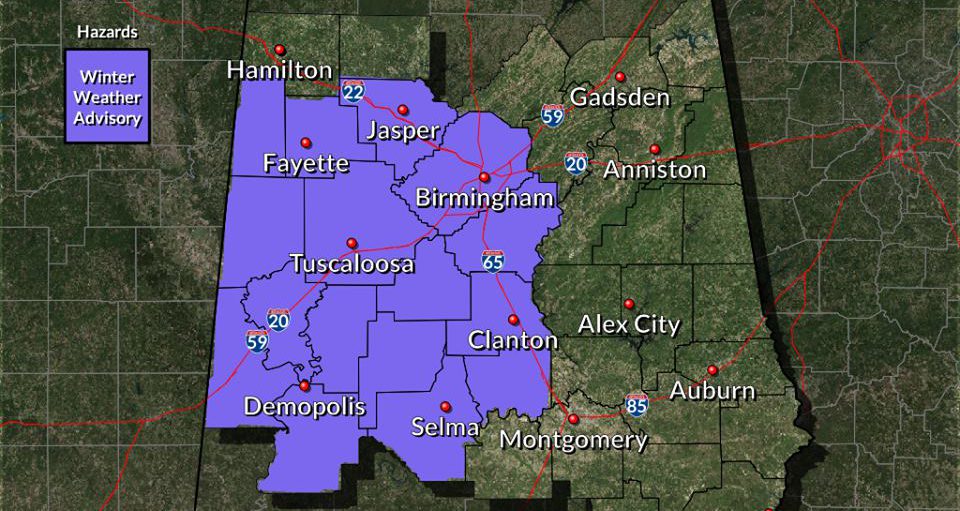 TRUSSVILLE — The National Weather Service in Birmingham has included Jefferson, Shelby, and Walker counties to an area of west central Alabama which is under a winter advisory on New Years Eve day. The area of concern stretches westward from Jefferson County back to the Alabama-Mississippi line.

A light mixture of rain, freezing rain, and ice pellets is possible on Sunday. A very cold air mass will be in place causing temperatures to fall into the upper 20s and lower 30s by Sunday morning. Light precipitation will move into the area just before sunrise on Sunday.

The system producing a wintry mix will last throughout the morning hours, tapering off from north to south in the afternoon.

The system could produce slippery sidewalks, roads, overpasses, and bridges making travel hazardous. Accumulation of less than one tenth of an inch is expected.