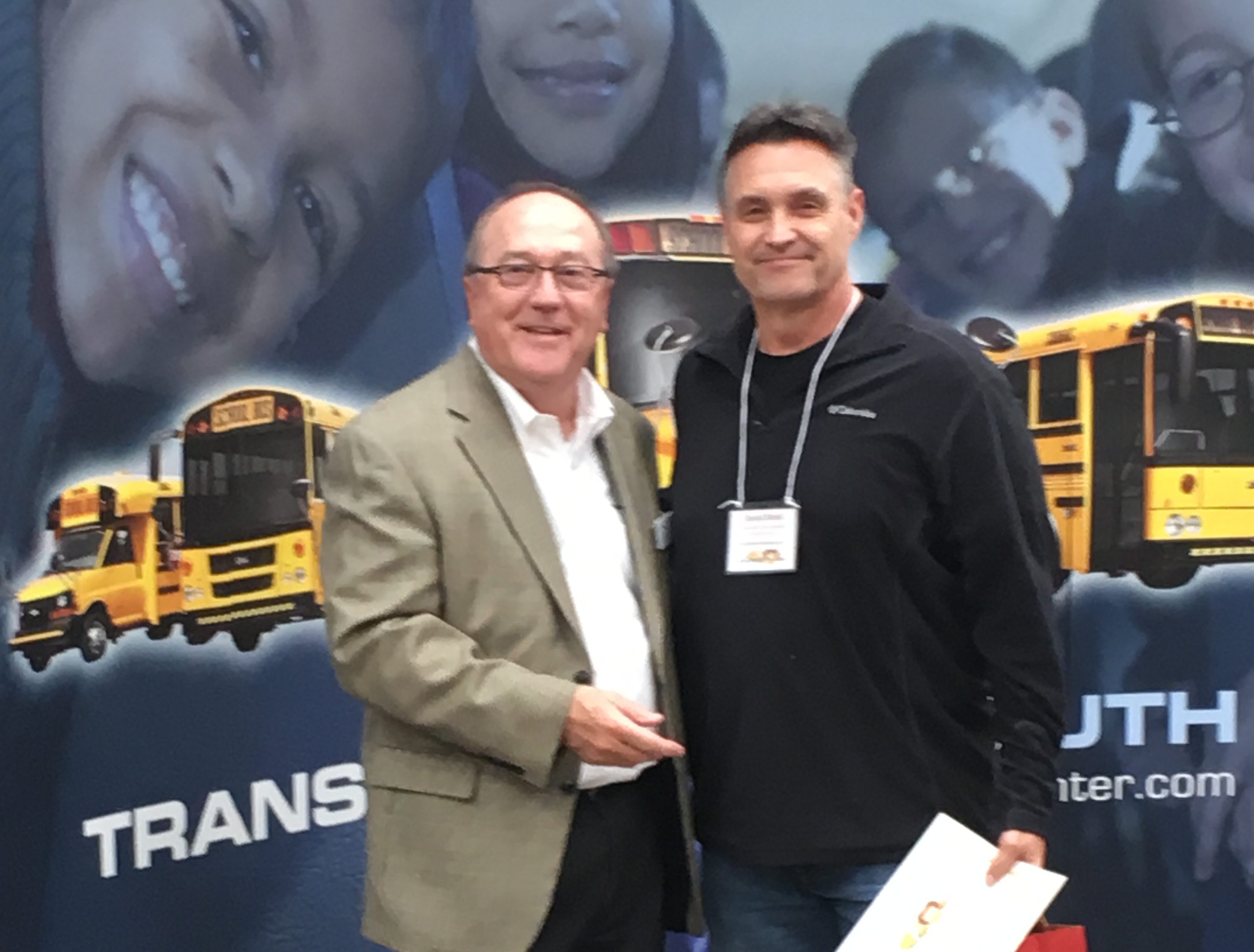 TRUSSVILLE – Transportation South recently held an awards show for bus drivers nominated by people in their districts to acknowledge their skills and outstanding conduct.  This year, a representative from Trussville won the 2018 Love the Bus State of Alabama School Bus Driver at the show. 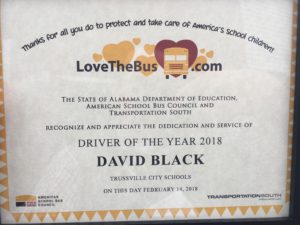 David Black, a school bus driver for elementary students at Trussville City Schools, was chosen for the honor.

Black has been described as “strict, funny, caring, safe” in a nomination form sent to the awards. In the form, people have said that he is noted for his sense of humor and his penchant for helping out students.

“David Black is a bus driver that comes to work every day and makes a difference in the lives of his students,” said Dale Posey, coordinator at TCS. “One of my favorite parent entry was the one that said “I never realized the influence of a bus driver.” David is an exceptional person of exceptional character and I sure am glad he drives for Trussville City Schools”