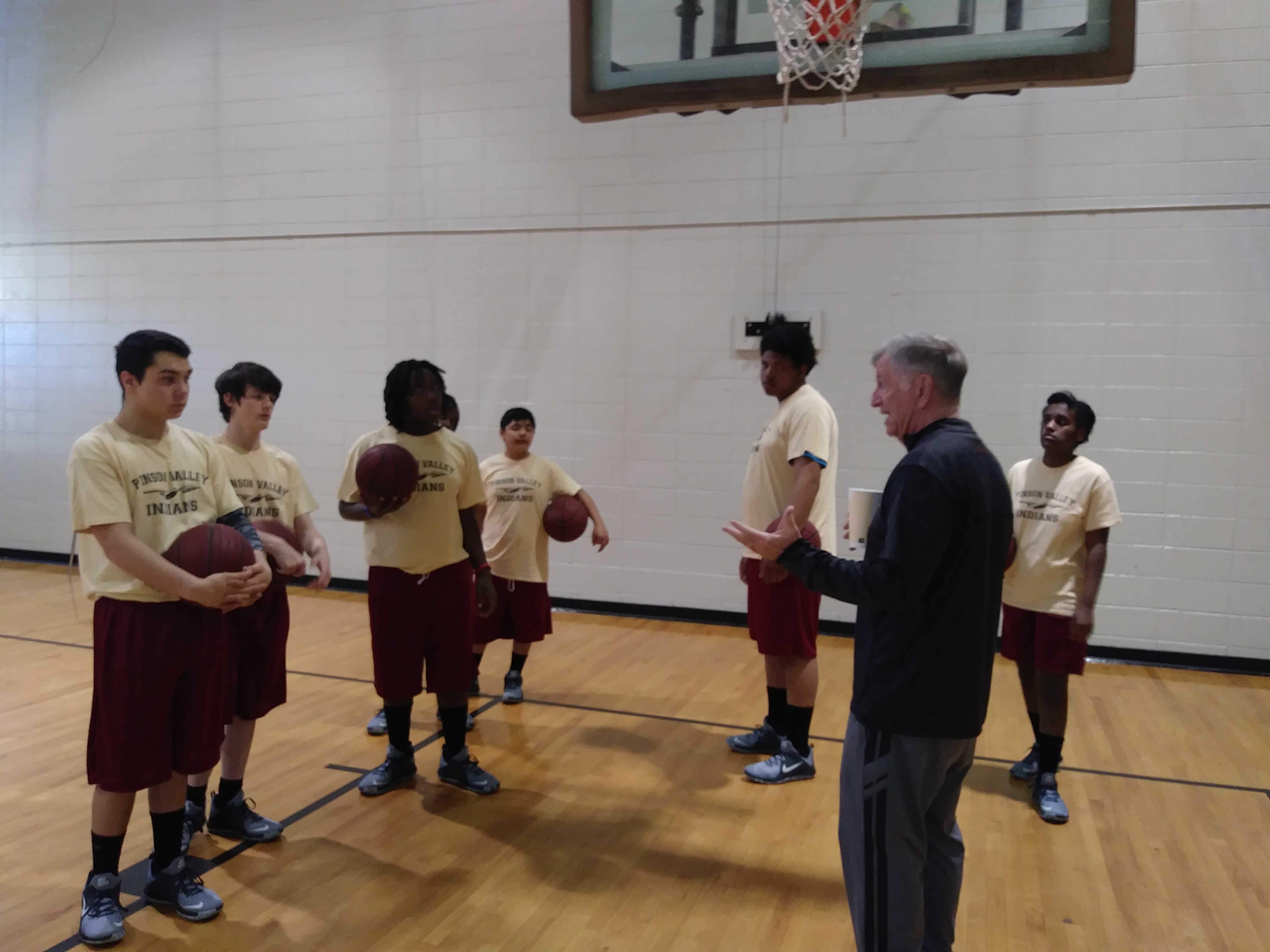 Mike Dutton with the basketball team, which is headed for the state Special Olympics. Photo by Nathan Prewett.

PINSON — A special needs class led by Elizabeth Martin at Pinson Valley High School continues to take part in the Special Olympics with recent games focusing on basketball. The team, being coached by retired coach Mike Dutton with help from Bobby Jones and Martin, is heading to a state tournament in Montgomery which will take place in March. 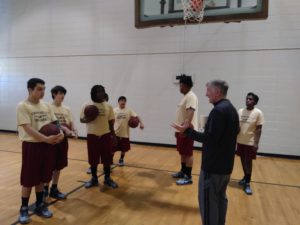 Mike Dutton with the basketball team, which is headed for the state Special Olympics. Photo by Nathan Prewett.

“They’re really improving and they’re excited about going to Montgomery a week from Thursday,” Dutton said, observing the team practice and drill at the school’s gym on Tuesday morning.

Again, the class saw help from the school and the local community in getting them to the state Special Olympics. Martin said that a private donor gave the team new basketballs and socks while virtually every aspect of PVHS pitched in to help.

“I work really hard to get the regular ed students involved,” Martin said. “The regular ed kids here and the teachers get involved in doing all this. They’re aware when we go places, when we do things they want to be peer helpers and peer aides. And they’re coming to us. They have made these kids a part of the high school, which is awesome.”

Dutton coached at PVHS for 17 years, beginning in 1987 after working for several schools. He coached mainly basketball but had also coached cross country, outdoor track, tennis and soccer. He retired in 2006.

There are eight players from 9th to 12th grades on the PVHS Special Olympics basketball team. Dutton said that they have placed second in their division during the county tournaments over the past few weeks. At the state tournament the team will get to play at least three games.

“To spend the night and see the opening ceremony – it’ll be a real nice thing for these wonderful young folks to participate in and be part of a team,” Dutton said. “They’ve done real well.”

Blake Sims, 17, is a senior at the school and is captain of the team. He said that family helped him get into the sport.

“My brother showed me a lot of videos of Stephen Curry and I just started loving the game,” he said, also saying that it helps with stress. “It just zones everything out like whenever I get angry and stuff. I can just zone them out when I play basketball.”

An evaluation game is slated to take place against Fultondale on Friday night where judges will determine what division the team will be in when they go to Montgomery.

“I don’t know how they’ll do but I know one thing – they play hard and they love the game,” Dutton said.

After the state basketball tournament the Special Olympics will begin focuses on track and field.

The state tournament will take place at 880 South Court Street in Montgomery on March 8 to March 9.