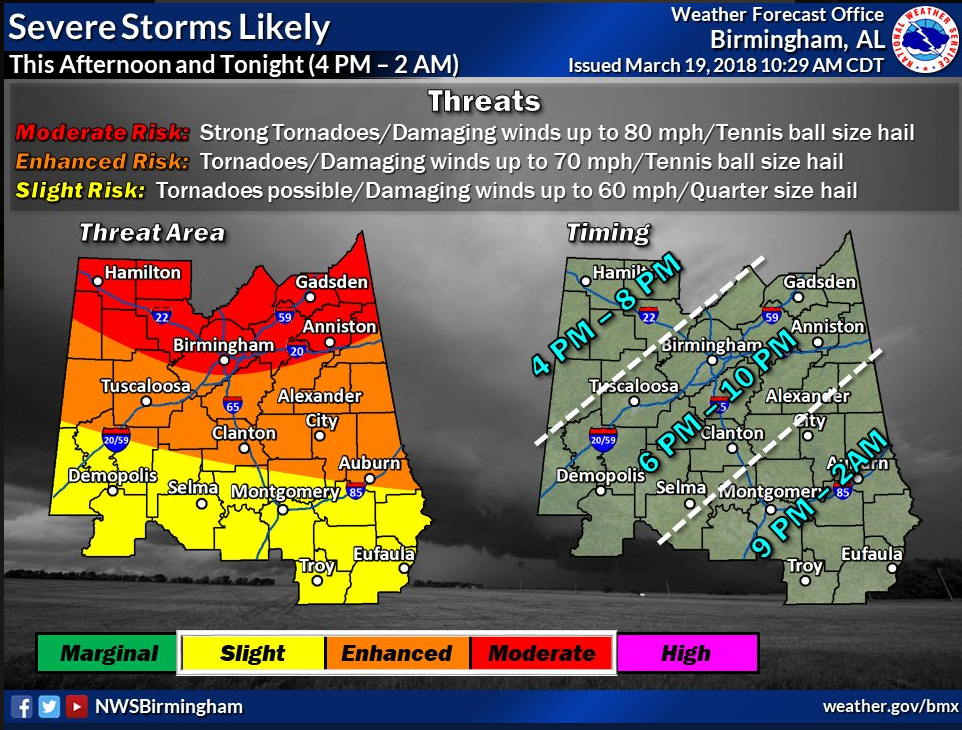 Photo from the National Weather Service.

The threat rating for northern and central Alabama has been increased to a moderate risk of severe weather this afternoon and evening, according to AlabamaWx Weather Blog. Jefferson and St. Clair counties are among others that may be affected tonight.

Other counties affected are Fayette, Lamar, Blount, Calhoun and Cleburne.

Forecasters say that the weather may bring a threat of tornadoes to the north, as well as large hail possibly the size of tennis balls. Severe weather is projected to hit the Birmingham area from 6 p.m. to 10 p.m. Several areas of Jefferson County have already reported hail.

Central Alabama is under a tornado watch until 11 p.m. tonight. A weather advisory warning is in effect in St. Clair County.

Trussville City Schools have storm shelters that will be available to the community during non-school hours.

Photo from the National Weather Service.