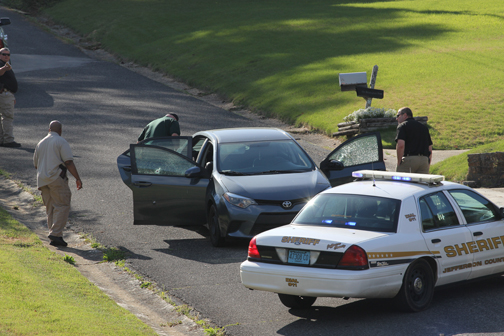 UPDATE: Police confirmed that a third person was injured during the shooting.

CENTER POINT — Deputies from the Jefferson County Sheriff’s Office are on the scene of a shooting in Center Point where one was found dead and another was taken to an area hospital with life-threatening injuries.

A third person showed up at St. Vincent’s East with three bullet wounds, but it is not known if that victim was invloved with the same incident. 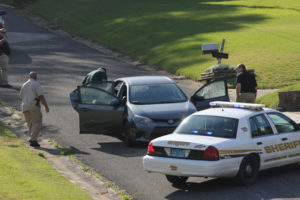 Deputies responded to the incident at approximately at 3:20 p.m. today on Hillview Lane in Center Point. A person was found dead of what appeared to be a gunshot wound in the driver’s side of a blue or grey sedan on the road.

Deputies had the road blocked as they searched the scene where they used K-9 units. The car on the road appeared to have the driver and passenger windows shot out.

A handgun, narcotics and cash were found in the car, leading police to suspect that the shooting was drug-related.

More information will be added to this story as it becomes available.