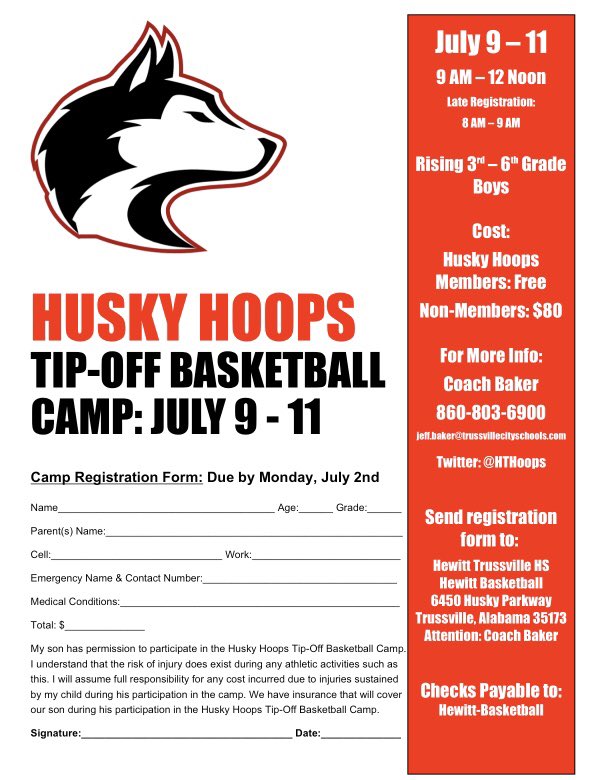 The camp is the first of a year-long skills development camp in the Huskies basketball program with skill sessions and camps through the fall and into the winter seasons.

“Our goal is to just develop skills and make the guys great basketball players, not just for the summer but continuously through their basketball career,” Baker said.

Baker believes the kids who come to the camp will benefit from competition on the court and will establish relationships off the court.

“The whole varsity staff will be there and we’ll teach the kids to compete. We don’t just want them to be out there just to be out there. We’re going to have some fun and get after it on the court,”he said.

Baker believes that these sessions will help everyone get familiar with the Husky basketball program and become well known in the community.

“They’re going to be around us at every session and get coached well. We’ll see the kids around the city, at the schools, around the neighborhoods and we want them to talk about what they’re doing at the Husky Hoops camps,” he said.

Boys from third grade through the sixth are eligible to compete at the tip-off camp. The summer dates are July 9-11 at 9 a.m. till noon at Bryant Bank Arena.