TRUSSVILLE – A record number of golfers participated in the Trussville Area Chamber of Commerce 11th annual golf tournament. A total of 112 golfers played in the tournament, which was held on Tuesday, June 26, at Pine Tree Country Club. Presenting sponsor for the tournament was Ridout’sTrussville Chapel.

The winning teams were (please note that team members’ names may not be in photo order): 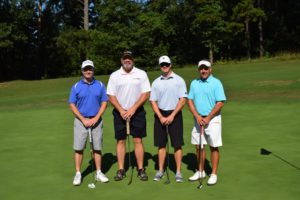 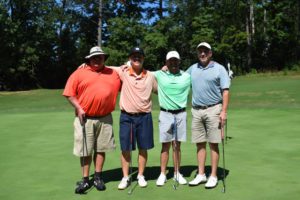 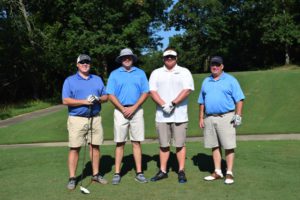 The longest drive prize went to Chad Goodwin, and the closest to the pin award went to Troy Kirkland. Plenty of door prizes were awarded, and tournament fees included a bag of goodies for all golfers, greens fees, lunch, and a $70 gift certificate to be redeemed in the Pine Tree pro shop.