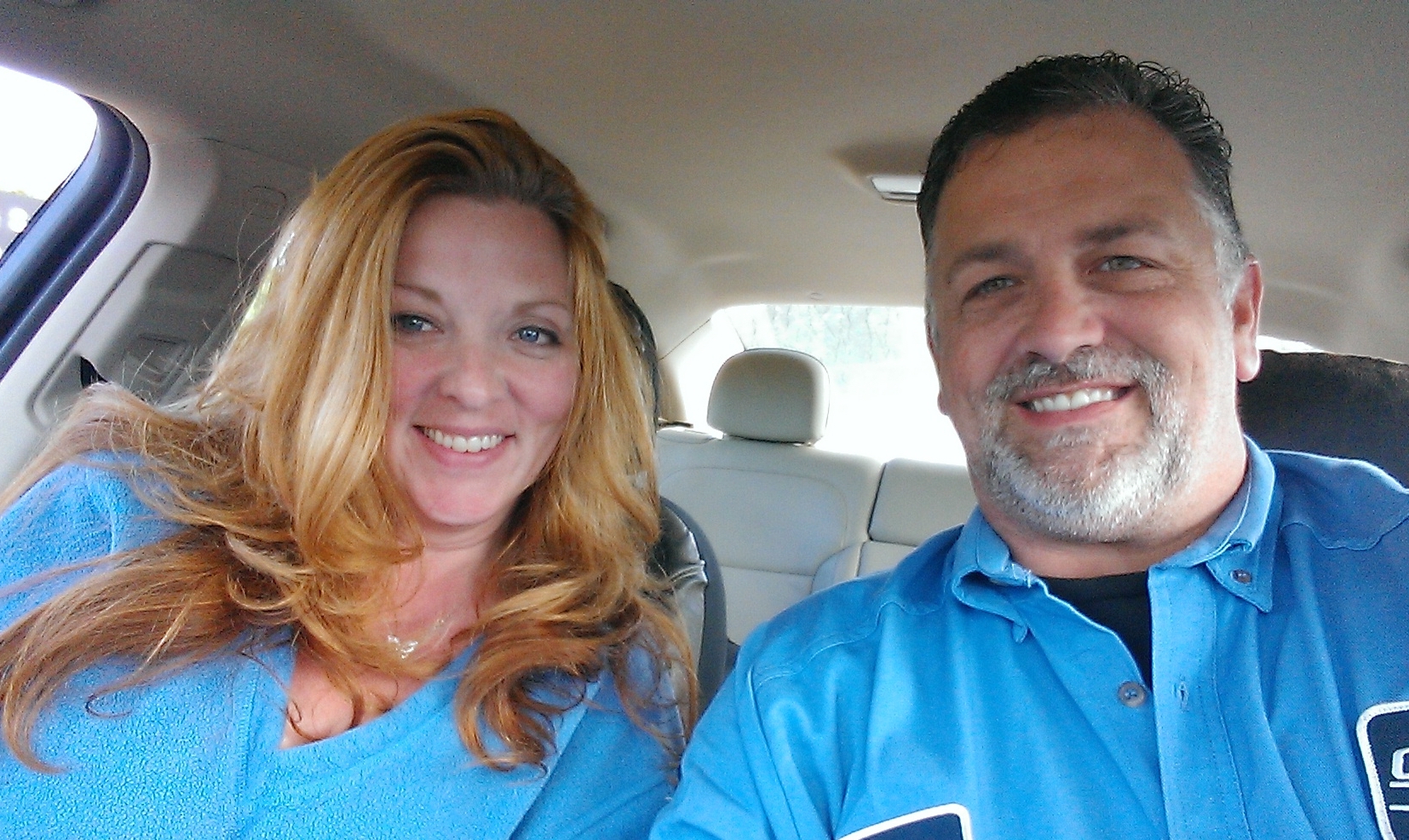 PINSON — Ginger Umland said she and her husband, Doug, were finishing off a date night when they stopped by the Waffle House in Pinson for a late-night meal before heading home to Locust Fork. Little did the Umlands know that the night would end with the couple involved in a national story based on a 45 second video resulting in the loss of their jobs at Thompson Tractor and having their lives turned upside down.

The incident unfolded on April 22 when a woman, later identified in media accounts as Jacinda Mitchell, encountered a locked door at Waffle House in Pinson. Mitchell partially documented the April 22 experience with a video that was eventually posted to social media. Combined with other recent events, including a shooting at a Waffle House in Georgia and a video of a black female customer being arrested at the Waffle House in Saraland, the video documenting the incident in Pinson went viral across social media. 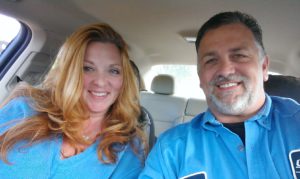 Photo of Ginger and Doug Umland.

That set-in motion a series of events resulting in what could be described as a digital lynching and sent the Umlands’ lives into a tailspin.

Ginger Umland said she had gone to the restroom before Mitchell and her companion arrived and did not see the Waffle House employee lock the door, so she could not confirm if it was locked before Mitchell’s arrival.

“When I returned to our booth, I noticed Ms. Mitchell was filming me with her phone as I walked past the door,” Ginger Umland said. “When my husband saw this, he stood in front of her to block the camera and told her that she did not have permission to film either of us and if she put it on Facebook or any other internet or media outlet, he would sue her. At this point I was back in my seat and heard Ms. Mitchell’s companion yelling obscenities at my husband. Ms. Mitchell told him (her companion) to get back in the car but he did not.”

Doug Umland appears at the door in Mitchell’s video, but his words are inaudible. He appears to mouth the words ‘I’m going to sue you.’

Ginger Umland said she had no interaction with Mitchell and remained in their booth while a Waffle House employee called the police.

On April 25, a co-worker told Ginger Umland that the video had been posted to Facebook and had been viewed over 20,000 times.

“My husband and I began reading the comments and saw that many people were assuming Doug said, ‘I will shoot you’ when in fact he said, ‘I will sue you,” Ginger Umland said.

She said that her husband did not have a gun in his possession at the Waffle House or in his vehicle at the time of the incident.

“Ms. Mitchell’s commentary indicated that she was locked out of the Waffle House because of her race,” Ginger Umland said.

“We cannot say why Waffle House locked the door. We were locked in and being filmed by Ms. Mitchell despite Doug advising her that she did not have permission to do so.”

The following morning the Umland’s realized the story was spreading at a rapid pace.

“We found out that WBRC Fox 6 News and WVTM Channel 13 had aired the video without blurring out our faces and only relayed Ms. Mitchell’s description of the events that had taken place,” Ginger Umland said. “When I arrived at work, several coworkers contacted me via phone and email asking if we were the couple seen in the video that was aired on the news.”

Later that day, Umland’s supervisor at Thompson Tractor instructed her to report to the Human Resources manager,” she said.

“When I asked what it was about, my supervisor informed me that the HR manager had been made aware of the incident and needed to ask some questions. Doug contacted me and said his supervisor had also instructed him to report to HR for the same reason.”

The following day, April 27, the Umblands said they were placed on paid administrative leave pending an investigation.

Over the course of the following week, the story grew to the point of becoming viral and gained attention not only in the U.S., but outside of the country in places like the UK.

“Several media outlets and Facebook accounts allowed this misinformation to gain momentum and label my husband as a ‘white supremacist threatening to shoot a black woman,’” Ginger Umland said. “There are thousands upon thousands of hate messages, threats, and assumptions being made toward me and Doug that indicate us as being racist, among other things.”

Ginger Umland said that on Monday, May 7, she and Doug Umland received separate calls from their supervisors at Thompson Tractor informing them that they had both been terminated, effective immediately.

“I was fired from my job of sixteen years because I was seen walking back to my table from the restroom in a video that happened to go viral,” Ginger Umland said. “I neither did nor said anything in the video. My husband only blocked the line of sight between me and Ms. Mitchell’s camera and informed her that she did not have permission to use our images or he would sue her. I am shocked that any media outlet would take the liberty of attaching our images to such a controversial and one-sided version of events. This has completely turned my life upside-down.”

Jason Long, human resources director at Thompson Tractor said Ginger Umland had been employed with the company for about 16 years and had no previous issues at her job.

“She was dismissed in early May,” Long said. “It was generally because of conduct after an investigation involving that Waffle House incident.”

“She did (violate policy) in terms of the expectations we have of our employee when it comes to mutual trust and respect values,” Long said.

Long chose not to expound on the specifics surrounding Ginger Umlands’ dismissal, but said the decision  came down to “Conduct unbecoming of our company values.”

Ginger Umland say she and her husband have been unfairly mislabeled and falsely accused by total strangers and they’re working to put their lives back in order.

“Since April 22, Doug and I have been slandered and attacked without end for no reason other than we happened to be eating dinner and I happened to walk out of the restroom at a clearly unfortunate time,” Ginger Umland said. “Due to a situation which was completely out of our control, Doug and I are both unemployed and considered racists.”

Gray said the hardships that Ginger Umland and her family have faced since the video went viral are in no way a result of her conduct but of the irresponsible mischaracterization of the event and of the hyper-reactionary responses of various media outlets and individuals online.

“Our interest is in protecting our clients,” Gray said. “Mrs. Umland’s life has been turned upside down due to a false narrative that was posted on social media, a narrative that news outlets were eager to run because of its supposedly evocative and racially charged subject matter.”

Gray said the fact that Ginger Umland has been branded a racist and threatened based solely upon the video footage of her walking through Waffle House is troubling.

“Not only has Mrs. Umland been threatened and falsely identified as a racist, but she has lost her job of sixteen years, her income, her health insurance, and her peace of mind,” Gray said. “Perhaps one of the most troubling facts of Mrs. Umland’s situation is that her employer of sixteen plus years, Thompson Tractor, made a rush judgment rooted in some misplaced desire for political correctness and fired her without giving her any benefit of the doubt.”