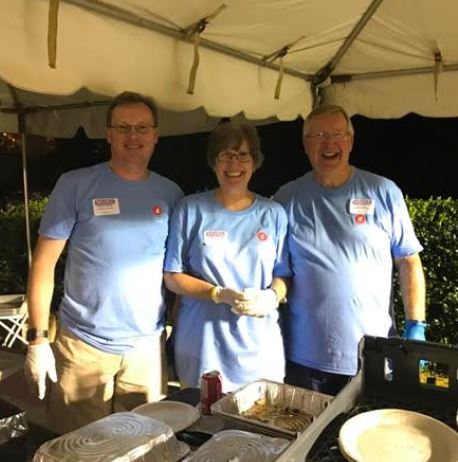 TRUSSVILLE – Since its inception the annual Boiling ‘n Bragging event has raised nearly one million dollars to benefit the cause of critical care transport at Children’s of Alabama.  The Trussville Rotary Daybreak Club was a major sponsor of this year’s event.

Participants arrived in their favorite team entire and took in music, a low country boil, and enjoyed hamburgers and hotdogs.  Team tents are lined up in the parking lot at Otey’s Tavern for food, fun, and fellowship, all to benefit a good cause.

As a major sponsor the Trussville Rotary Daybreak Club provided funds, promotion, and volunteers.  Special thanks to Rotarian Randy Jinks and Charter Spectrum who played a major role in the promotion of the event.