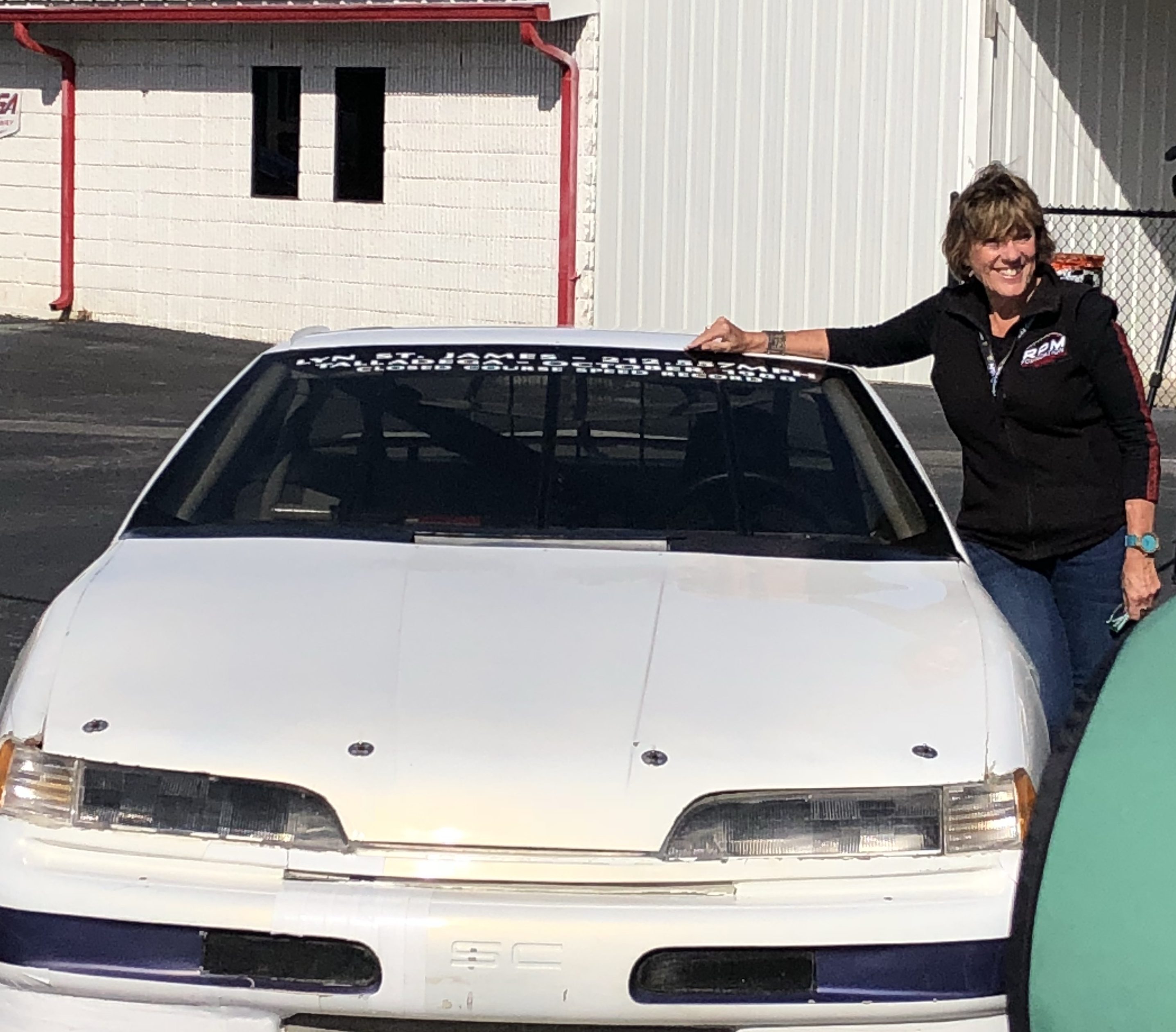 James, a longtime sports car racer, etched her name into the history books at 2.66-mile tri-oval in 1985 by driving a Ford Mustang Probe GTP Prototype to set the record as the first woman to surpass 200 mph on a closed course with a speed of 204.233 mph. But little did anyone know that the performance would be just an appetizer for what she would accomplish three years later in one of Talladega’s most illustrious moments in motorsports history. 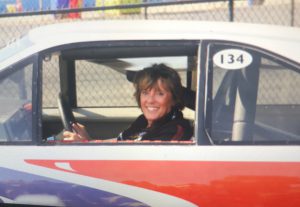 The story begins in 1987 when St. James drove on the same team with two-time Talladega winner Bill Elliott en route to them winning that year’s 24 Hours of Daytona in the GTO team class. Later that year, Elliott would set NASCAR’s all-time qualifying mark at Talladega with a speed of 212.809 mph. Since St. James was looking for a way to give herself a chance at earning a NASCAR ride, she contacted Ford, Goodyear, Elliott, and his race team, and convinced them to build a race car specifically to set speed records at Talladega.

The project involved a 1989 Thunderbird on a NASCAR chassis built by Ernie Elliott, Bill’s brother. Instead of using a NASCAR 5.7 liter engine, the car was given a 377 CID V8 engine and an ultra-low ride height.  Any changes to the rest of the vehicle, which included to its rear roof, rear spoiler, and frontal area, were made to “only look stock” and achieve aerodynamics that would minimize drag and maximize speed.

Because of the 200-mph speeds, the Thunderbird was expected to go, the car had to be tested in a “proper moving-ground wind tunnel” and the results were mind-blowing. The car was ready for Talladega’s 33-degree banking and its speed records attempt in October 1988, but it was not until then that St. James sat in the car for the first time.

“The car was so heavy, and the tires were so small! I didn’t have a lot of feels,” said St. James, a Phoenix, AZ native who will be at Talladega this weekend to celebrate her accomplishment and be introduced to the crowd during pre-race ceremonies Sunday.

“As a race driver, you have to be able to adapt to different kinds of cars, that’s your job.  But it had this great big steering wheel, and it was so heavy – I couldn’t feel a darn thing!”

Once all of the necessary permits were finished, there was a total of over 40 international and national records that St. James could either set or break.

To help prepare her for her mission, Elliott utilized a stock Thunderbird to take St. James around Talladega and discussed where she should be (and where she should not be) on the track. He even made adjustments to the suspension and aerodynamics of the real Thunderbird race car. They also communicated frequently in the pits because the fuel cell only held 10 gallons.

“Bill is not only an extremely talented race car driver, but he’s also known to be able to set up a car and make the adjustments when needed, which was invaluable.”

To make the task tougher, the mid-afternoon heat was not complimentary for breaking new speed records, and St. James says that if she lost speed from a little mistake, it would take her an entire lap just to get it back.

“It was so frustrating!” exclaimed St. James. “I felt like I never really figured it out.”

But despite these setbacks and her brief experience inside the car, St. James owned the moment on the first day, putting down the fastest lap ever by a woman on an oval track at 212.435 mph and setting 21 other international and national speed records.

St. James could have stopped with those achievements in hand, but she chose to strap in again the next morning (October 11, 1988) when it was cool and surpassed her own closed-course women’s speed record with 212.577 mph and a recorded top speed of 232.400 mph before the Thunderbird’s motor gave out. All told, St. James and her team set or broke 21 FIA international and national speed records, including 16 that could be held either by men or women.

In many ways, the record-breaking driving by St. James was a major milestone in the auto racing world, but it would end up being the catalyst for raising the bar in the sport. St. James held the title of the world’s fastest woman for only a matter of months until Patty Moise set a new closed-course women’s speed record in a specially-prepared Buick at 216.607 mph. Moise then broke the record again in 1990 at Talladega, clocking in at 217.498 mph.

For St. James, she continued chasing her passion for speed, but there was a catch. “The irony in this story is that my goal of convincing Ford that I could race stock cars didn’t happen,” St. James explained.

A few weeks after making history at Talladega, she accepted an opportunity from team owner Dick Simon to drive an Indycar in a private rookie test. Four years later, she was Rookie of the Year at the Indianapolis 500.

The incredible feats St. James accomplished during her brief stock car experience 30 years ago changed motorsports and sealed her place in Talladega’s storied legacy. She would go on to win another 24 Hours of Daytona and the 12 Hours of Sebring, both in the GTO team class, in 1990.  But while records have been broken and her career turned a different direction than she initially planned, her achievements at Alabama’s acclaimed superspeedway will always hold a distinguished place in her heart.

“I found my home driving open-wheel race cars on high-speed ovals,” St. James said. “I think those laps at Talladega, in first the Ford Probe and then the Ford Thunderbird, helped me to learn and like high-speed ovals. I have so much to be thankful for and grateful for the opportunities.  Yes, I worked hard to earn those opportunities, but hard work doesn’t always get results. I love driving fast race cars fast!”