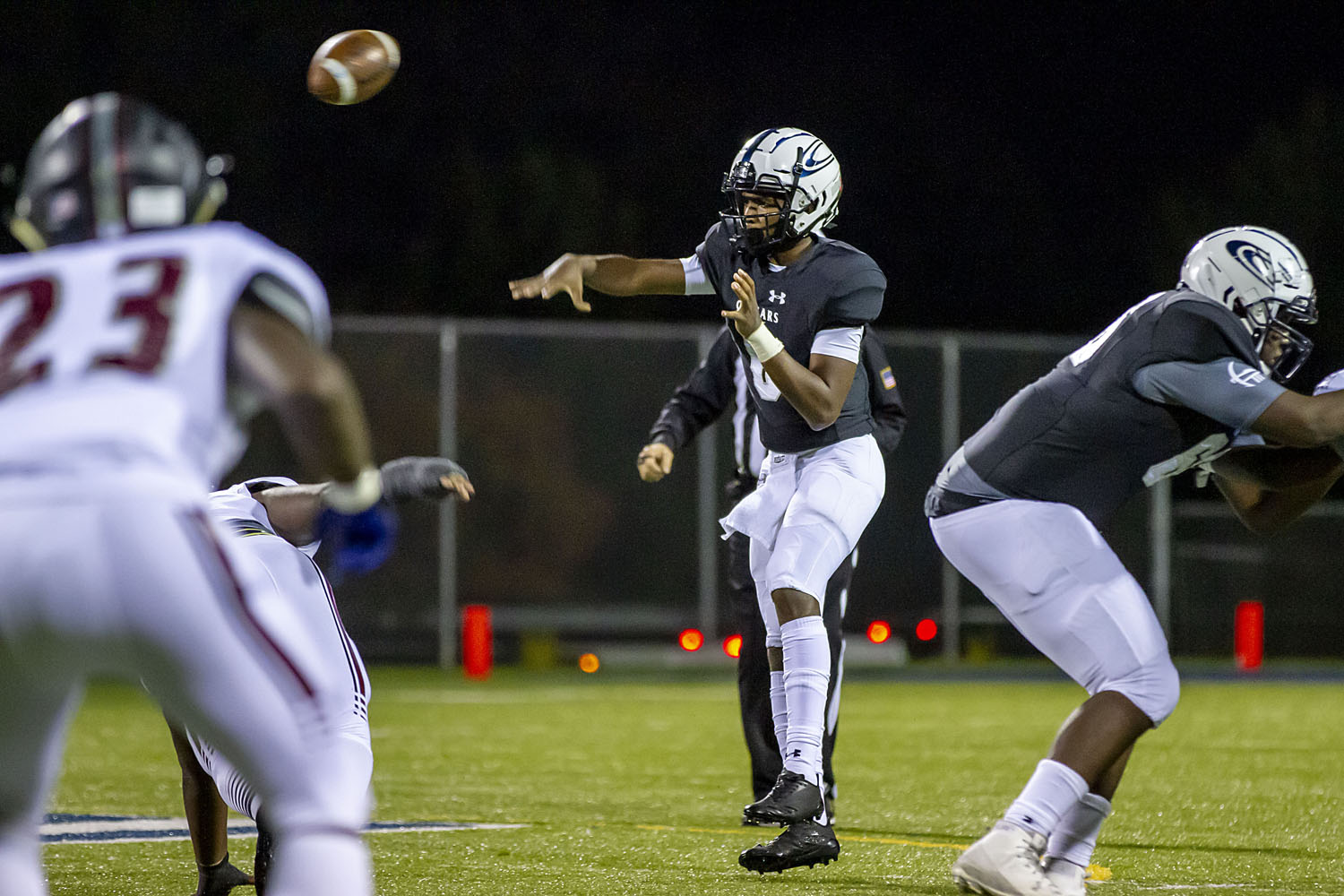 CLAY— Clay-Chalkville started their state playoff run with a 45-6 win over the Mae Jemison Jaguars and advance to the second round to face Hartselle.

Defensive lineman and Alabama commit D.J. Dale started the game off for the Cougars with a third down interception on the Jaguars opening drive that led to a three yard touchdown run by Willie Miller to give them an early 7-0 lead with less than two minutes off of the game clock. Miller also added another touchdown run from 10 yards later in the quarter to give the Cougars a 14-0 lead.

The ensuing kickoff was a surprise onside kick recovered by the Cougars. They were unable to reach the endzone but did add three points after a Jaren Vanwinkle 28 yard field goal to give the Cougars a 17-0 lead heading into the second quarter.

The Cougars added three more touchdowns with scoring runs from Demarcus Burris, Courtney Braxton and Damione Ward which put them up 38-0 at halftime.

The Cougars were in complete control and also added one more touchdown with a 24 yard run by Ward in the third quarter to give them a 45-0 lead. The Jags did find the endzone late in the fourth quarter after a reception by Toney Tony.

The Cougars will travel to Hartselle next Friday night to face the unbeaten Tigers in the second round of the playoffs with the kickoff set at 7 p.m.