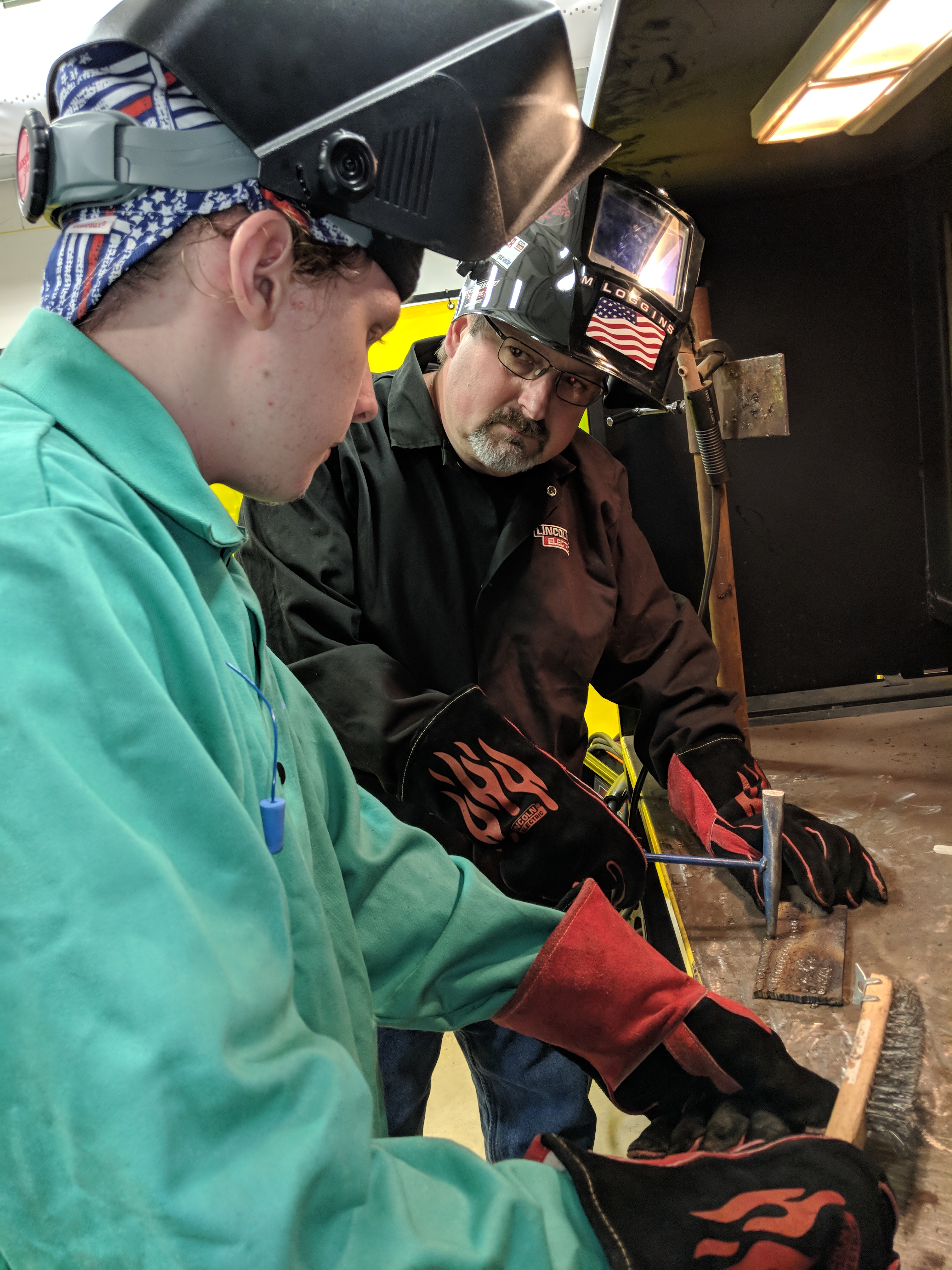 Special to The Tribune From FCCS

“I love working with youth and helping them because when I was a youth, myself, I had older people who took me in when my parents divorced,” Loggins said. “So I wanted to try to give back and help young people the way I was helped.”

Loggins started welding when he was in high school after his dad came to his job and told him to get a pair of work boots, because he had to work Monday. When he started working at Usco, he did everything they told him to do and, while there, he learned welding.

Later on, he started a business with his friend called 2K Steel. It was a very wealthy business, but while he did enjoy his job, he didn’t feel like that was his calling. When he told Kal, the owner of 2K Steel, that he was going to look for another job, the job at Eden Career popped up. He thought it was a dream come true.

“I felt like I was too old to be a youth minister for the church, but I feel like I can still teach welding,” Loggins said. “I still try not to only teach kids about welding, but also about life, how to be respectful to others, to let them know I care about them more than just welding.”

For their project, the students of FCCS are collectively writing a book called Everyone Has A Story, which will profile noteworthy Alabamians, selected by the children.
The middle and high school students took a six-week Journalism class in the fall where they learned to write profile news stories about everyday heroes, while the elementary students are writing biographies of famous Alabamians.