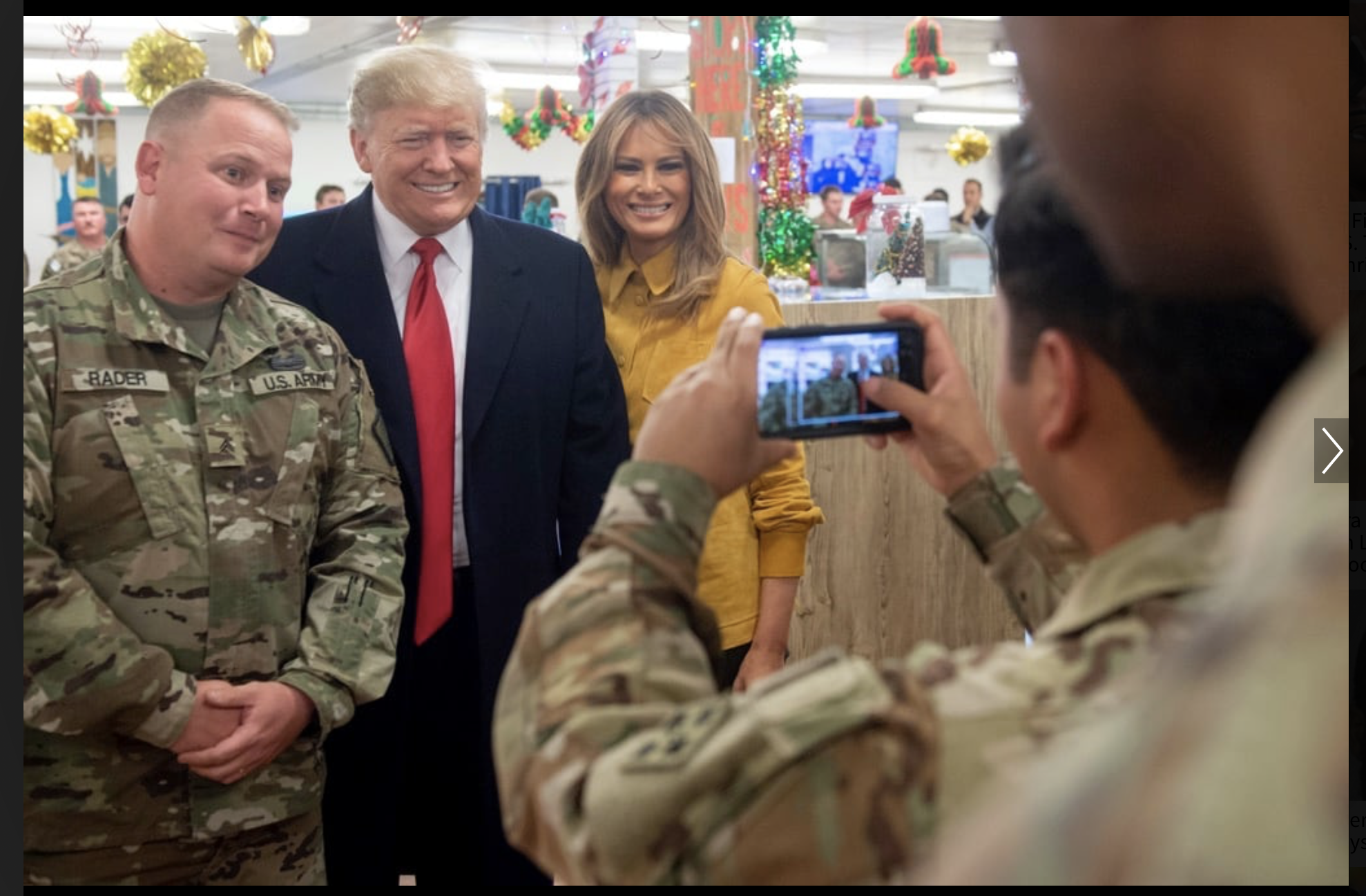 IRAQ — President Donald and Melania Trump took a trip to Iraq last Christmas to surprise the U.S. Troops and wish them all a Merry Christmas. 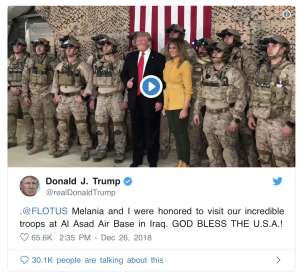 According to TMZNews, the couple flew out of Washington and traveled overnight to the Al Asad Air Base west of Baghdad, the President’s first trip to a combat zone since his presidency began.

President Trump and the First Lady were meeting with the troops and senior military leadership to thank them for their service, success and sacrifice.

This trip comes five days into the partial government shutdown.