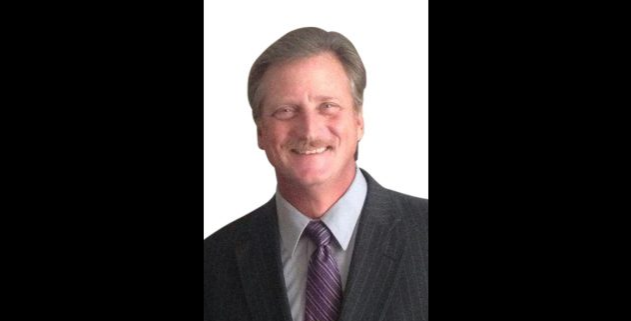 CLAY — Councilor Don Baker announced at the city council meeting on Tuesday, March 5, that he plans to resign from his position on the council, effective at the end of the March 19 council meeting.

Baker, who has held Place 2 on the Clay City Council since November 2016, recently sold his house in Paradise Valley and has plans to build in Pell City.

“My life has taken some different directions just recently,” Baker said. “Wife and I are doing good…but we did sell our house. It sold quickly. It sold within 48 hours, and I will say this for anybody that says anything about the way real estate’s going in Clay: let me say again, I sold my house within 48 hours…it became a bid war and I sold it for more than I had listed…That should please everybody. It pleased me from the perspective of selling, but it should please the city of Clay and the community that house prices are going up all throughout Clay.”

Baker said that there were several reasons he and his wife decided to move, including being closer to family, as well as a lifelong dream of his and his wife’s to move where they are moving.

Mayor Charles Webster and the members of the council all said they were happy for Baker, but would miss him.

Baker said that he will give a written statement at the March 19 council meeting, but he wanted to go ahead and give a statement regarding his experience as a councilman, particularly concerning Facebook.

“I’m going to say this tonight and just go ahead and shoot a little shot across the bow,” Baker said. “When I got into this, I didn’t know what I was truly getting into. Let me go back to Facebook — you read, you hear and you see, and I’m going to say this tonight because truly I’m sick of it. Y’all know I’ve been kind of a Facebook warrior. I hate personal attacks from people, in general, that don’t even know me. They don’t know you guys (on the council). I’ve been up here for the time that I’ve been up here and I can’t think of any better group of people, a more diverse group of people…and for some of the things that people say in this town, it’s egregious to me. It is downright horrible. It’s sickening. There’s not a single person sitting up here that I’ve come to know in my heart that does not want Clay to succeed. They live here. They want this town better. I want this town better. I’ll always want this town better.”

Santek Waste Disposal was awarded the bid for garbage services in the city of Clay, and will initially put two containers at each home, starting the week of March 25. If residents do not want the second container, they can call Santek to have it removed, however the second container will only cost $2.75 per month more than having just one.

“First off, let me assure you that Santek and Republic are working very well together to make sure that it’s a smooth transition,” Dixon said. “Santek is not some fly-by-night company. They do Trussville and Gardendale. They own the dumps that Jefferson County used to own. That’s my assumption as to why they can offer that second can at such a reduced price over everybody else that bid.”

Residents will receive notifications of the changeover by mail from both Santek and Republic, as well as a robo-call from Republic.

The new containers will have important information about the services in a plastic bag attached to the containers.

“Everyone who is a (Republic) customer now should put out every container, whether it’s recycle or garbage, that week of the 25th, and Republic will pick those up and Santek will give you two more,” Dixon said.

Dixon also gave a reminder that no garbage companies are offering recycling anymore due to China no longer accepting recyclable materials from America, and that there is nowhere in America that will take it for an affordable price.

Additionally, Dixon announced that the Highland Meadows subdivision will be having its HOA meeting Thursday night, March 7, at 6:30 p.m. in the council chambers at Clay City Hall.

“I’m going to take the liberty of inviting anybody else, because they have a lot of questions about the (Bryant Park Elementary) school,” he said. “I was able to get the engineer from Volkert and the architect — they’re going to be here for the meeting rather than me answering the questions…I’m sure they won’t mind us inviting anybody that has any questions about the school to be here Thursday night at 6:30.”

Dixon says they would address things such as drainage issues and entrances and exits.

Councilor Dennis Locke extended his congratulations to CCHS senior and baseball player Kahlil Bell for winning the Youth of the Year award for the Boys and Girls Club of Central Alabama.

“Congratulations to our very own Kahlil Bell,” Locke said. “He will represent the central Alabama clubs at the state (competition) and then hopefully go on to the national competition after that. He represented us very well this past Thursday night. He just did a fabulous job speaking to that group. There were over 300 people there and it didn’t appear to me that he used any notes. He just spoke from his heart and did a fabulous job.”

Clay Elementary: Melissa Hettich, an exception education teacher, will use the funds to purchase sensory items for her students.

CCHS: Melanie Gaines, an 11th grade English teacher in AP Language Composition, will use her funds to purchase both contemporary fiction and nonfiction textbooks.

“She’s going to set up mini book clubs around these books,” Locke said. “Congratulations to our three teachers for winning their grants.”

The next Clay City Council meeting will be held at Clay City Hall on Tuesday, March 19, at 6:30 p.m. Pre-council will begin at 6 p.m.