2 arrested after car break-ins in Trussville

​​​From The Trussville Tribune staff reports

TRUSSVILLE — Two people have been arrested and charged after car break-ins on Wednesday, May 1, 2019.

Nicholas Bell, 29, and Ashley McMichael, 26, both of Trussville, are charged with unlawfully breaking and entering vehicles and theft of property.

Trussville officers arrested the pair just 30 minutes after the car break-ins were reported. The break-ins happened in the area of Queenstown Road and Still Oaks Drive. 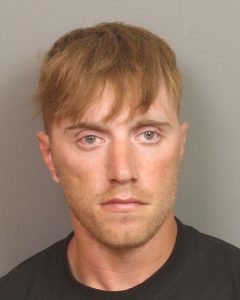 He was arrested by state troopers on April 4, 2019, after driving on Interstate 459 southbound near the Grants Mill Road exit. He posted bond the next day and according to court documents, has a scheduled appearance for June 18, 2019, for those charges.

The Trussville Police Department said Bell and McMichael will be transferred to the Jefferson County Jail and will be held there on bonds of $95,300 each.

Residents who live in that area are asked to check their cars and file a police report if they notice it has been rummaged through. Police have unclaimed property that was confiscated during the arrest.

It appears the only cars broken into were cars that were left unlocked. Police said that highlights the importance of removing valuables from your car and locking it when it is unattended. The video below shows one of the suspects checking a vehicle, according to police.