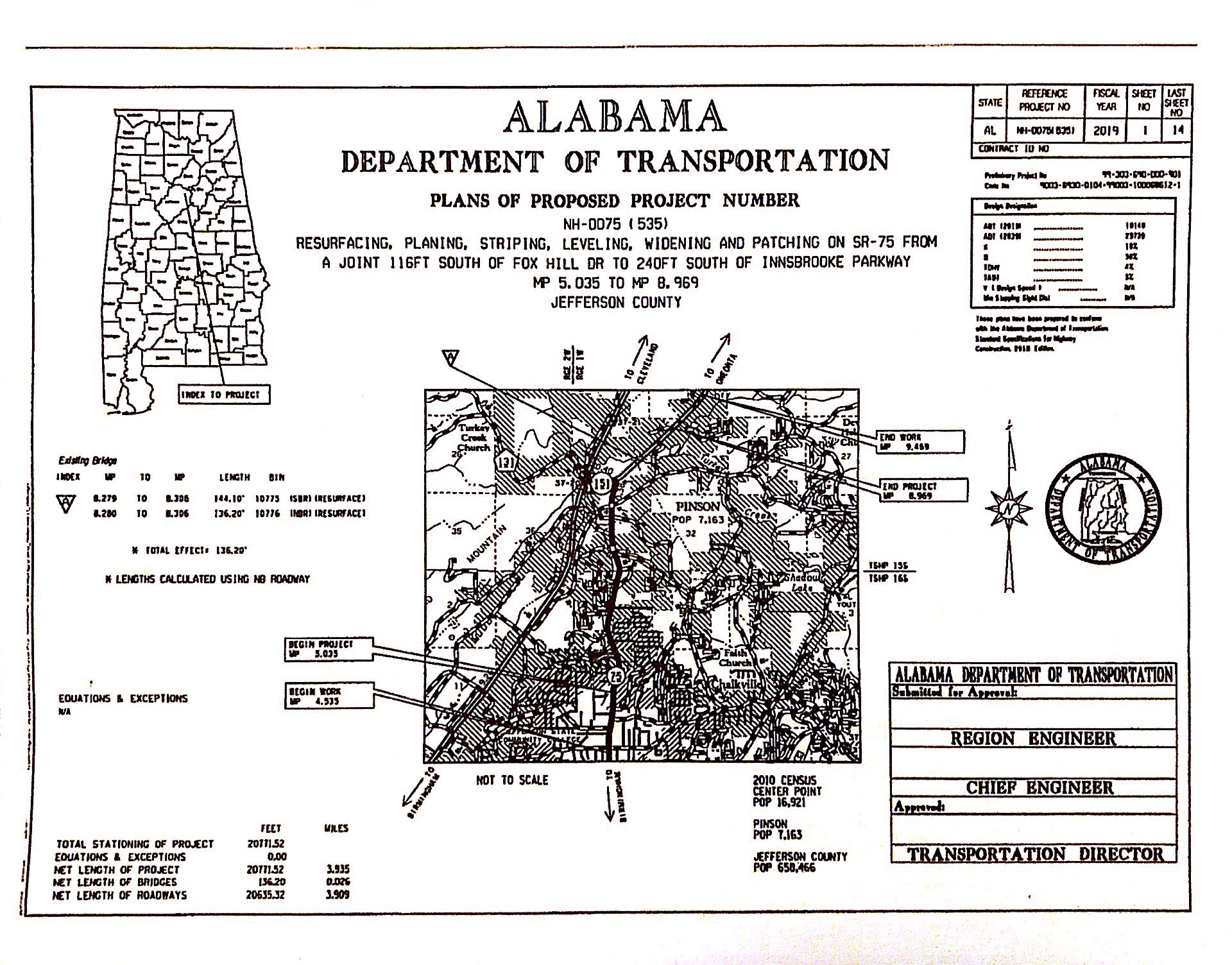 PINSON — The Pinson City Council passed a resolution submitted by ALDOT (Alabama Department of Transportation) concerning improvements to be made on SR-75, including resurfacing, planing, striping, leveling, widening and patching, on a section of the highway from 116 feet south of Fox Hill Drive to 240 feet south of Innsbrooke Parkway. 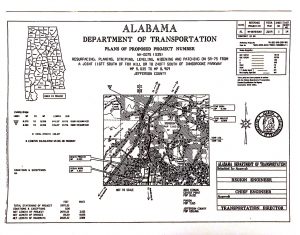 “This is ALDOT’s resolution that it’s sending out for this improvement project on state route 75,” City Attorney Shane Black said. “And this is a standard type resolution, the council has seen this type of thing before…First of all, this is the approval of the plan for 75. This is approval of the location, this is approval that the city, to the extent it’s got it, will grant ALDOT full access to any of that right of way and any of the right of ways on the adjacent streets that touch on 75, to the extent that they end up having to enlarge or do anything with the margins of 75. That the city will not permit any future encroachments on 75. That the city won’t adopt any ordinances that change speed limits on 75. These are the kinds of things that this resolution talks about.”

Mayor Hoyt Sanders asked Black to address some concerns about some wording in the resolution that may not apply to the city of Pinson.

Later in the meeting, Black asked the council if they would consider making a motion to allow him to amend certain parts of the ALDOT resolution.

“This ALDOT resolution, as I’m looking through it, it is a little bit different in a couple of ways from some of the others,” Black said. “I’d appreciate if y’all might consider a motion to allow me to modify it as needed to make sure that we are presenting this in the same form as the ALDOT resolutions similar to this in the past.”

Black said that they needed to make it “clear that there are certain roads that are maintained by the county, and that there’s nothing that we’re doing in here that is creating an assumption obligation on behalf of Pinson.”

Sanders asked the council if they would like to make a motion “to authorize Mr. Black to amend and attach any other documents of clarification necessary to explain Pinson’s unique situation.”

Councilor John Churchwell made the motion and Councilor Robbie Roberts seconded it. The motion passed unanimously.

“For public information, since we just had our birthday, annexation law, including when your incorporation date was, dictates what roads are the city’s and which roads remain the county’s,” Sanders said. “So that’s what we’re talking about is our roads, their roads.”

The council also passed Ordinance 2019-11, authorizing the removal and disposal of the house at 4422 Main Street, which is owned by the city.

The ordinance adds that the city does not intend to sell the property, only the structure, itself, “upon condition that the Structure be removed from the Property.”

“It’s been added to and needs a roof, and a host of other things that probably make a whole lot of repair not really in the best interest financially,” Sanders said. “What we may try to do is harvest some of the items that might be of use to us. For example…we would probably try to save some of the rockwork on the front, perhaps for an addition or signage or something over at the Rock School. So there might be some little things, but, you know, it’s still just a very old home with inefficient windows and no insulation, of course.”

In other city news, the council passed an ordinance annexing two parcels of land at the location of 6268 Spraul Avenue into the city limits, at the request of property owner Shelly L. Bryant.

Additionally, the council unanimously passed a motion to hire Hinkle Roofing to install a new pre-painted aluminum seamless gutter system at Bicentennial Park, for the amount of $3,240. Each gutter will have a PVC elbow on the bottom turn out for safety.

“I think we can always start with the gutters and then add the guards,” Sanders said. “They would be matching, safe and put, of course, in nondescript areas, behind bushes and things like that where we could work it in. So that would reduce the discoloration and so forth.”

In recognition of Independence Day, the mayor and council decided to move its regularly scheduled meeting on Thursday, July 4, 2019, to Wednesday, July 3, 2019, at 2 p.m.

“We may have an abatement hearing to handle at that time,” Sanders said.

Upcoming events in the city of Pinson: