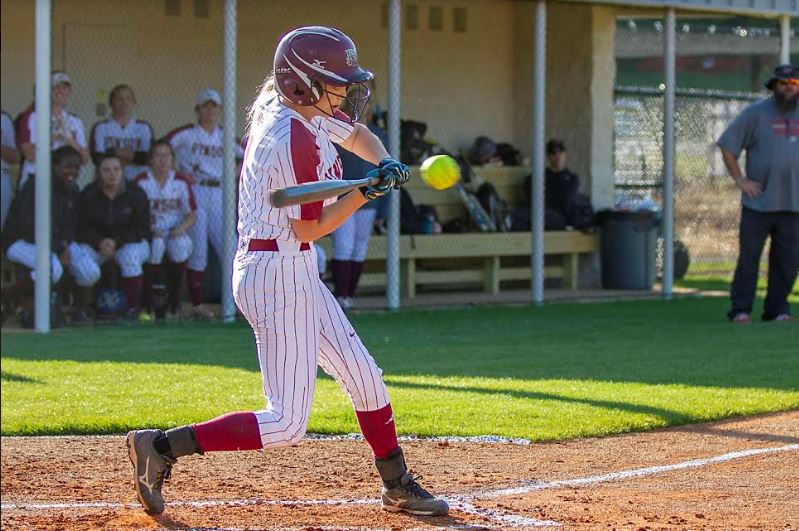 Photo by Run Burkett / The Tribune

Posted By: Trussville Tribune staffon: May 03, 2019In: Sports
Print Email

A high scoring affair was decided by a walk-off home run that left Pinson Valley defeated 13-12 by Pell City Thursday, May 2.

The game was tied at 12 in extra innings when Katlyan Dulaney hit a solo homer in the bottom of the eighth giving Pell City a hard fought for win.

Pell City had a big inning in the fourth when they put eight runs up. Pinson Valley mounted a valiant comeback effort, putting up nine runs of their own. Shauna Clevenger, Hope Cole, Mollie Peoples, Annie Sulivan, Graci Graves and Kylie Hicks each had RBIs.

The Indains managed to tie things up at 12 in the top of the seventh with Clevenger singling, scoring a run.

Kelsey Watson took the win for Pell City. She went two innings, giving up two runs on three hits and striking out four. Emily Butts threw six innings in relief out of the bullpen. Butts recorded the last 18 outs to earn the save for Pell City.

Ka’Mya Hampton had the loss for the Indians. She gave up 10 runs on six hits over three and two-thirds innings, Hampton struck out three.

The Indians had one home run for the game. Jordan Walker got it in the second inning.

Pell City had five errors in the game.

Pinson Valley had four errors in the game.