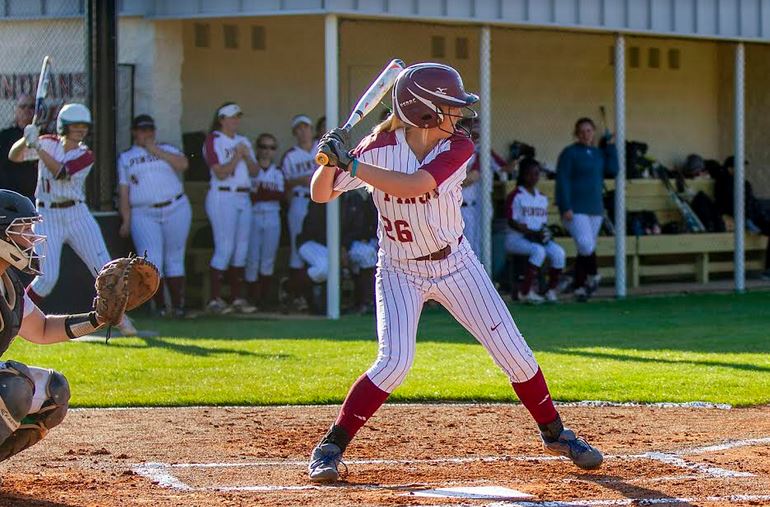 Indians at a homegame in April Photo by Ron Burkett / Tribune

Posted By: Trussville Tribune staffon: May 10, 2019In: online
Print Email

Pinson Valley lost to Homewood by a score of 5-3 Friday afternoon.

The Indians outhit Homewood six to four but just were not able to translate enough of the hits into run.

The Indians had an early lead in the second inning, but Homewood took the lead for good with two runs in the third inning.

Ka’Mya Hampton had the loss for the Indians. She gave up four runs on three hits and struck out four. Hampton pitched for four innings.

Shauna Clevenger led the Inidans with hits going 2-for-4 at the plate.