The cause of the crash is being investigated. 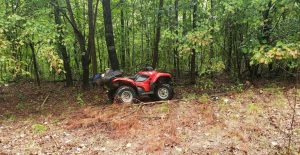