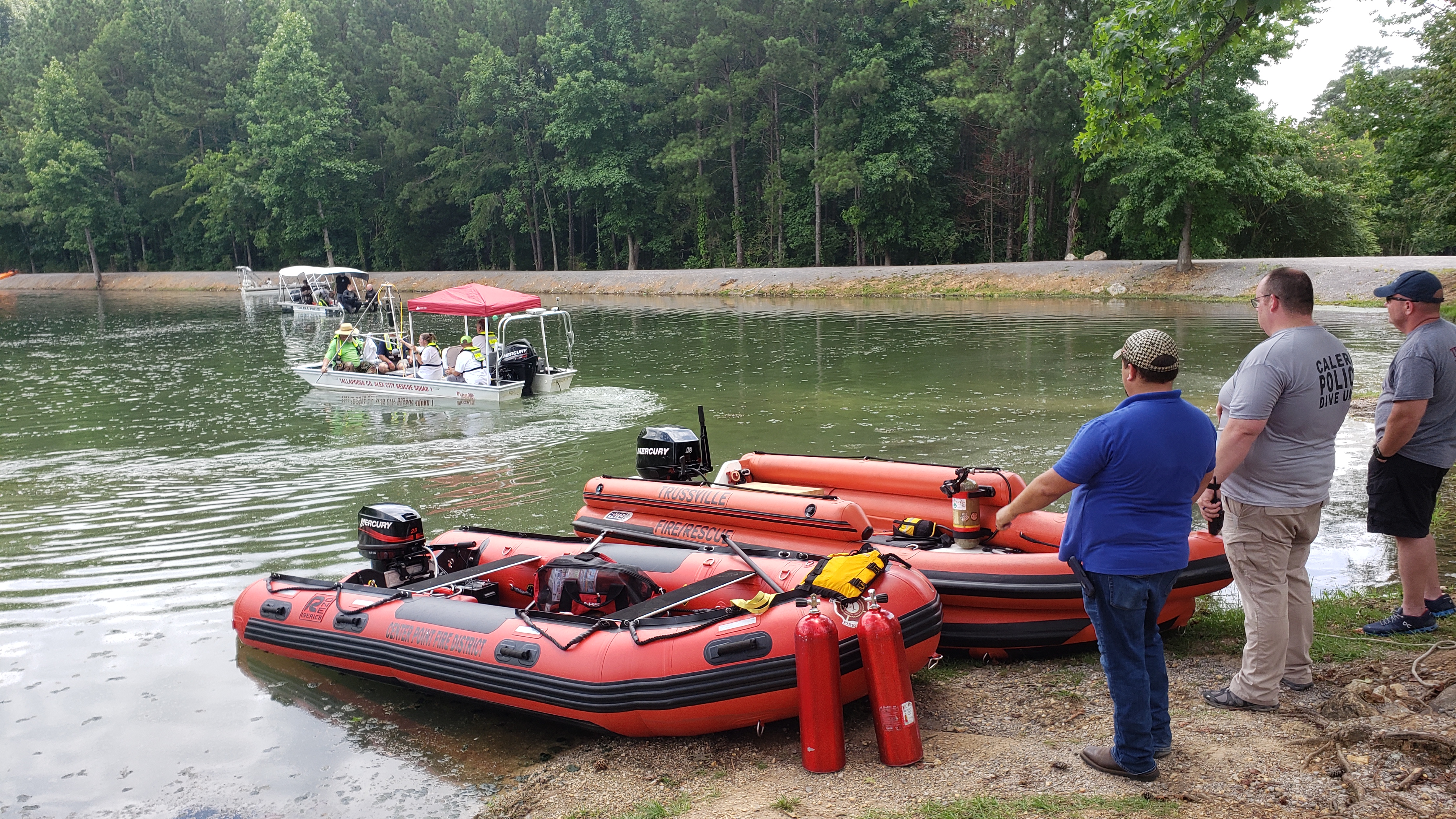 By Erica Thomas and Scott Buttram

CLAY — At approximately 3:15 p.m. on Wednesday, searchers located a body in Cosby Lake just off of Old Springville Road in Clay. The body has not yet been positively identified, but multiple first responder agencies had been searching for Russell Patterson since Tuesday night.

The body was located with a camera brought to the search by the Tallapoosa Police Department. The body was recovered by the Jefferson County Coroner. The body did not appear to be wearing a flotation device, according to sources involved in the search.

Original Story: The search for Russell Patterson, 36, continued at Cosby Lake in Clay into Wednesday afternoon. Patterson was reported missing by his family on Tuesday night at about 9:45 p.m.

The search involves multiple agencies and those agencies are using varying forms of technology to assist in the search, according to Center Point Fire and Rescue Chief Gene Coleman. 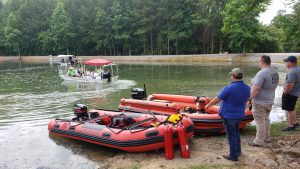 Participating in the search along with Center Point Fire are Trussville Fire and Rescue Dive Team, St. Clair County Sheriff’s Office, Calera Police, ALEA Marine Police and air units, and Tallapoosa Police. Deputies from the Jefferson County Sheriff’s Office have been assisting since the original call came in Tuesday night and have been on the scene around the clock.

Coleman said searches were using side sonar to search the lake in a grid pattern. Divers from Trussville have searched the area directly in front of the dam and outward into the lake.

On Tuesday night, the JCSO helicopter was on the scene, but viability due to darkness proved fruitless. Wednesday morning the helicopter from ALEA was in the air searching until fuel limitations required those officers to leave, but they returned after refueling. Trussville is using drones to check the surface of the lake.

Additionally, K9 units have been in the area searching the woods around the lake.

Patterson’s mother said her son was kayaking on Tuesday, July 2, when he disappeared. The heartbroken mother said she last spoke to her son on the phone around 6:45 p.m. After he didn’t come home for dinner, she went to the lake to look for him and saw his truck at the boat ramp. The kayak, a pair of shoes and several items were found, but no sign of Patterson.

The mother said her son served three tours overseas during his time in the Army. Friends on the scene said Patterson’s nickname is Rambo.