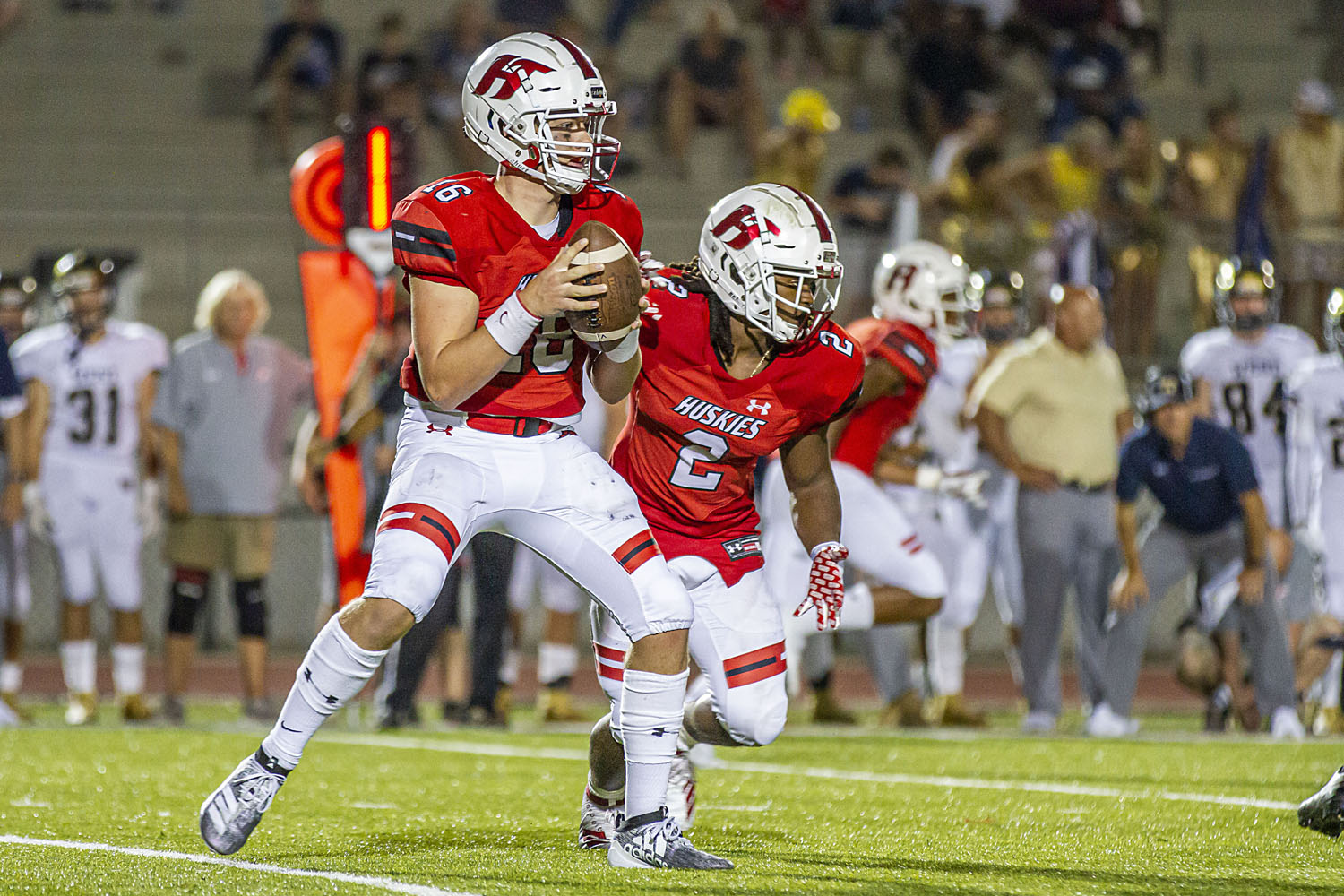 If history is our guide, then Hewitt-Trussville is in for a rough night on Friday when the Huskies travel to the Hoover Met to face the Bucs in a Class 7A Region 3 showdown of top teams in both the state and the nation.

Overall, Hewitt-Trussville is 4-16 against the 2016 state champions and the former No. 1 team in the state.

But if you were an optimist, you would quickly point out that the Huskies ran all over Hoover in 2018 en route to a 56-29 victory on Sept. 14, nearly a year to the day. You could also highlight Hoover’s week three loss to Thompson, where in which the current No. 1 team in the state recorded 363 yards of total offense with 169 rushing yards on just 20 attempts.

The Huskies’ No. 1 offense in Class 7A Region 3 should be chomping at the bit following an offensive onslaught against Oak Mountain that saw Hewitt-Trussville amass a staggering 559 yards of total offense. Behind the 31 combined carries from Armoni Goodwin and Sean Jackson, the Huskies chewed their way through one of the best defenses in the region for 340 yards.

However, it will not be surprising to see a dip in offensive production on Friday with Goodwin potentially out; The word potentially is used because there has been no update on Goodwin. In the case that he does miss the game, Jackson will be the feature back. As fantastic as he has been this season, no one player can carry a team against as tough an opponent as Hoover.

Enter Cade Ott Carruth, the former back-up and now starting quarterback of the Huskies. Carruth had a great game against Oak Mountain. He went 16-for-22 for 135 yards. His favorite target on the night, Dazalin Worsham, caught nine passes for 91 yards.

With both teams’ defenses struggling in recent outings, a high scoring affair will not be surprising. In all the meetings between the two teams since 2013, one team, either Hewitt-Trussville or Hoover, has always scored 38 or more points.

If you flipped the script and focused on Hoover’s offense, you would immediately notice that the Bucs’ starting quarterback, Robby Ashford, will miss the game. Ashford, an Ole Miss commit, went 16-for-32 with 261 passing yards and two touchdowns before leaving the game with an injury at the start of the fourth quarter in the loss to Thompson. Expect Josh Lundry to take the snaps under center against Hewitt-Trussville.

The matchup is a national high school football game to watch as dubbed by USA Today.