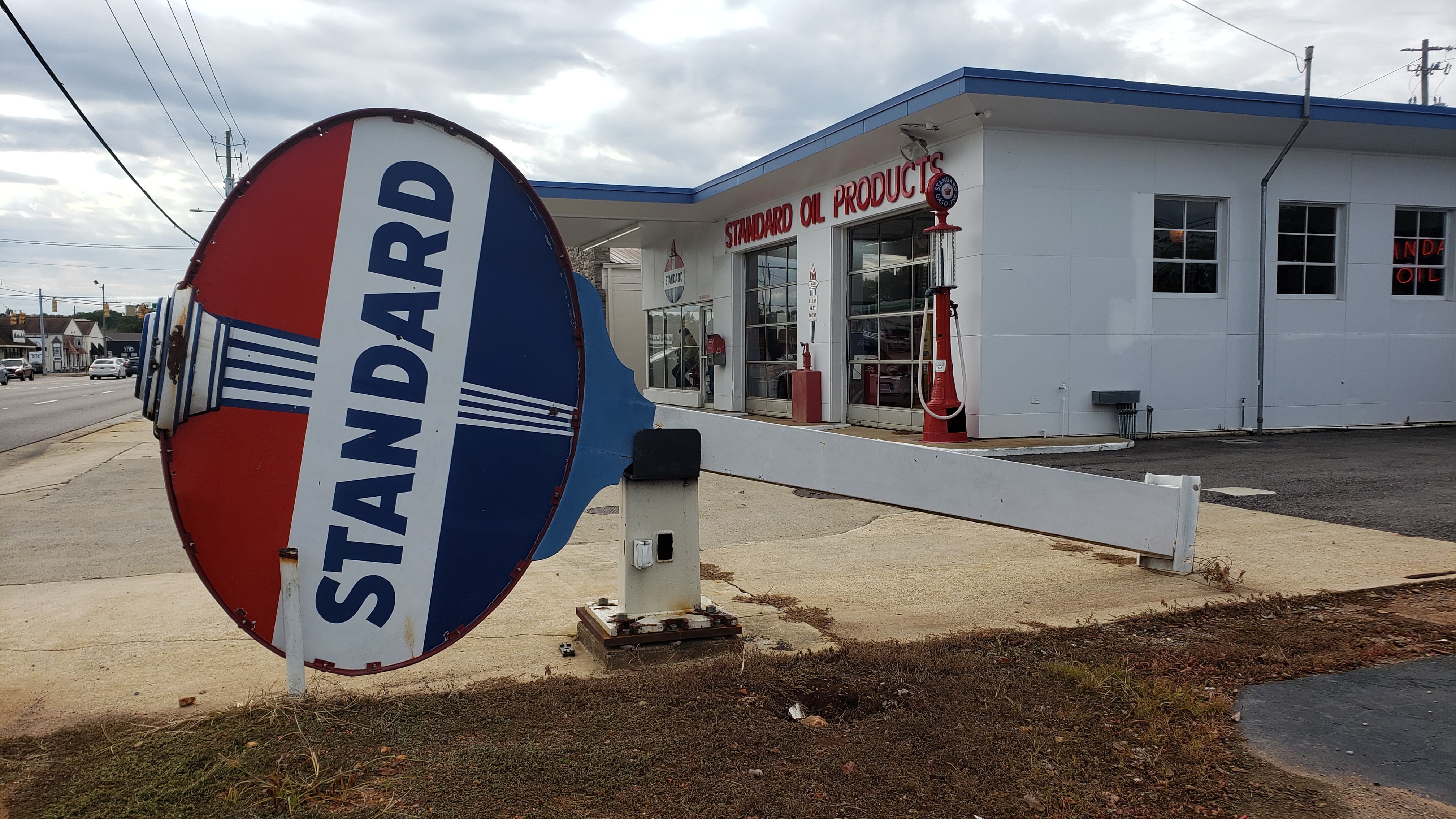 TRUSSVILLE — The owner of a non-profit museum in Trussville was told he may re-erect a sign after he moved a for-profit business from the building.

Seven years ago, when Rocky Neason opened the Classic Cars & Garage Museum on Main Street, he was told to take down his vintage sign because there was a mechanic shop in the rear of the building. The Standard Oil sign did not meet requirements according to the city’s sign ordinance for businesses.

Mayor Buddy Choat said now that the building is considered a museum and not a business, the sign is acceptable.

“The sign is considered an antique,” said Choat. “It’s not an advertisement because there is no gas or Standard Oil there.”

Neason was in talks with the city for years, trying to find out what he could do to put the sign back up. He moved the mechanic shop to a new location at 6897 Gadsden Highway (behind the Tint Stop) and was given the green light for the sign.

Neason said because of the city’s cooperation, he will now be able to expand the museum. 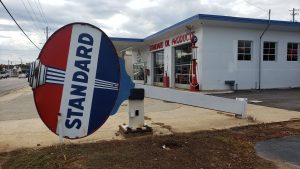 “Due to the sign raising, there will be improvements and additions made at the location, including six additional classic cars, which will be a total of eight cars,” said Neason.

Neason is also adding checkered flooring and new LED lights to the section of the garage that was formerly a mechanic shop. He wants to allow public access to the non-profit museum. It is decorated to look like a late 1950s Standard Oil station.

“The main thing that I want to do is make it available to the motoring public so they can see how motoring was done back in the 40s and 50s and 60s,” said Neason. “I want them to be able to see how that was done just for history and for educational purposes.”

The museum may also be used for photo opportunities and events.

Councilman Perry Cook said the museum is an asset to the city.

“It benefits the city to have it there,” said Cook. “It’s a draw for the city. He opens it up for anybody.”

As for Neason, he is thankful to share his large collection of memorabilia and history.