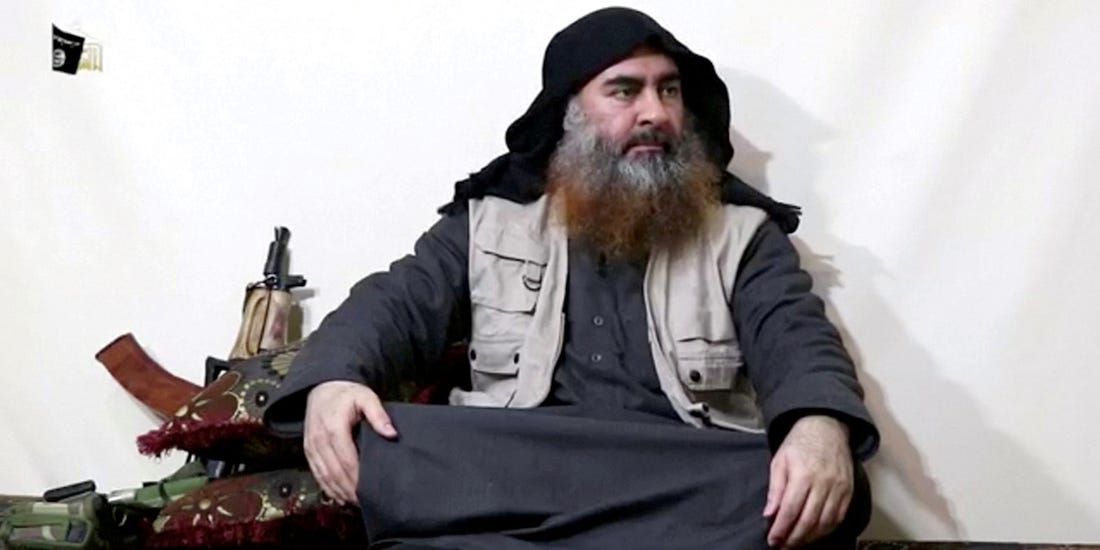 The tip, the raid, the reveal: The takedown of Islamic State leader al-Baghdadi

WASHINGTON — The helicopters flew low and fast into the night, ferrying U.S. special forces to a compound where Islamic State leader Abu Bakr al-Baghdadi was hiding in Syria. Half a world away, President Donald Trump watched the raid in real time via a video link as troops blasted into the hideout and sent the most-wanted militant running the last steps of his life.

The daring raid was the culmination of years of steady intelligence-gathering work — and 48 hours of hurry-up planning once Washington got word that al-Baghdadi would be at a compound in northwestern Syria.

The night unfolded with methodical precision and unexpected turns. This reconstruction is based on the first-blush accounts of Trump and other administration officials eager to share the details of how the U.S. snared its top target, as well observations from startled villagers who had no idea al-Baghdadi was in their midst.

A CELEBRATION AND A SECRET TWO-DAY SCRAMBLE

Events developed quickly once the White House learned on Thursday there was “a high probability” that al-Baghdadi would be at an Idlib province compound.

By Friday, Trump had military options on his desk.

By Saturday morning, the administration at last had “actionable intelligence” it could exploit.

There was no hint of that interior drama as Trump headed to Camp David on Friday night to celebrate the 10th wedding anniversary of daughter Ivanka and son-in-law Jared Kushner. Then he was off to Virginia on a brisk fall Saturday for a round at one of his golf courses.

He teed off with Major League Baseball Commissioner Rob Manfred, in town for the World Series, and Sens. Lindsey Graham and David Perdue.

Trump got back to the White House at 4:18 p.m. By 5 p.m., he was in a suit in the Situation Room in the basement of the West Wing to monitor the raid. One official said they monitored the operation with real-time imagery, but Trump’s vivid description of al-Baghdadi’s final moments was based on conversations with military commanders.

They named it after Kayla Mueller, an American humanitarian worker abused and killed by al-Baghdadi.

The rest of Washington had its focus on Game 4 of the World Series about to get underway a few miles away at Nationals Park.

Moments after the White House team had gathered, U.S. aircraft, mostly twin-rotor CH-47 helicopters, took off from Al-Asad air base in western Iraq.

Within hours, al-Baghdadi was dead.

The first inkling that something was afoot came when villagers saw helicopters swooping low on the horizon.

“We went out in the balcony to see and they started shooting, with automatic rifles. So we went inside and hid,” said an unidentified villager. Next came a large explosion — Trump said soldiers blasted a hole in the side of a building because they feared the entrance might have been booby-trapped. Al-Baghdadi fled into a network of underground bunkers and tunnels that snaked through the compound.

The stout, bearded militant leader wore a suicide vest and dragged along three children as he fled from the American troops.

Trump, happy to play up the drama, said that as U.S. troops and their dogs closed in, the militant went “whimpering and crying and screaming all the way” to his death.

“He reached the end of the tunnel, as our dogs chased him down,” Trump said. “He ignited his vest, killing himself and the three children.”

Al-Baghdadi’s body was mutilated in the blast, and the tunnel caved in on him. To get to his corpse, troops had to dig through debris.

“There wasn’t much left,” Trump said, “but there are still substantial pieces that they brought back.”

That’s when the military raid turned into a forensics operation — and the special forces had come prepared.

They had brought along samples of al-Baghdadi’s DNA.

The soldiers who conducted the raid thought the man who fled looked like al-Baghdadi, but that wasn’t enough. Various accounts had heralded his death in the past, only for him to surface yet again.

This time there could be no doubt.

Lab technicians conducted an onsite DNA test to make sure and within 15 minutes of his death, positively identified the target.

Al-Baghdadi’s body wasn’t all they retrieved.

Trump said U.S. troops remained in the compound for about two hours after al-Baghdadi’s death and recovered highly sensitive material about the Islamic State group, including information about its future plans.

After the American troops retreated, U.S. fighter jets fired six rockets at the house, leveling it.

Trump was so excited he couldn’t contain himself.

That sent reporters in Washington and the Middle East scrambling, and news organizations soon confirmed that U.S. forces believed they had killed America’s most-wanted man.

It was a measure of the strained atmosphere in Washington that two top Democrats — House Speaker Nancy Pelosi and Rep. Adam Schiff, who heads the House intelligence committee — didn’t get a heads-up from Trump about the operation.

Trump didn’t trust them to keep it secret.

“Washington is a leaking machine,” Trump said. In this case, he said, “there were no leaks, no nothing. The only people that knew were the few people that I dealt with.”

THE REVEAL: ‘THE BIGGEST’

Trump chose the Diplomatic Room to make his big announcement on Sunday.

In announcing al-Baghdadi’s death, he leaned into comparing the successful operation with the 2011 missionto kill 9/11 mastermind Osama bin Laden.

While bin Laden orchestrated the deadliest militant attack in U.S. history, the killing of al-Baghdadi — who helped the IS group at its height control more than 34,000 square miles of territory in Iraq and Syria — was “the biggest there is,” Trump said.

Reveling in the moment, Trump spent more than 45 minutes speaking and taking questions about the raid.

By late Sunday afternoon, Trump’s reelection campaign was ready to turn the raid into political capital. It sent a text to supporters that said, “Trump has brought the #1 terrorist leader to justice-he’s KEEPING AMERICA SAFE.”