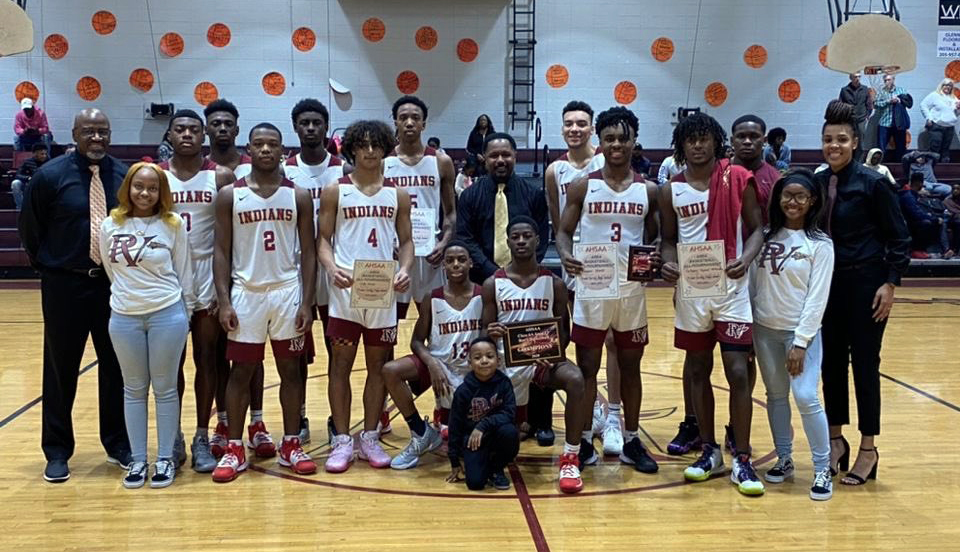 Pinson Valley blows past Clay-Chalkville thanks to 18-0 run to claim Class 6A, Area 12 championship

PINSON – The Pinson Valley boys’ basketball team once again claimed the Class 6A, Area 12 championship on Thursday after dispatching a resilient Clay-Chalkville team, 75-65, which witnessed a large second-half lead vanish in the span of just a few short minutes.

Pinson Valley, the reigning Class 6A state champions and current No. 1 team in the state, weathered multiple Clay-Chalkville runs throughout the early stages of the game to rally in the third quarter and claim yet another area championship title. With the victory, the Indians strut into the state tournament with a 17-game winning streak. Pinson Valley has not lost a game yet in 2020. 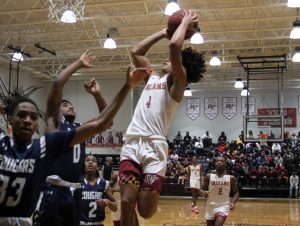 In a game defined by spurts, the Indians shot out of the gate with an 11-2 run that was quickly followed by a 12-2 Cougars rally, which narrowed the Pinson Valley lead to one point at the conclusion of the first quarter, 15-14.

Clay-Chalkville then obtained the lead following a 3-pointer to start the second quarter; however, the lead would switch hands multiple times throughout the quarter, but it was Clay-Chalkville that would enter halftime nursing a one-point advantage.

The Cougars extended their lead following a 9-2 run to start the second half. Yet, despite their 10-point lead, 48-38, the Cougars were more than a aware of the Indians’ ability to strike at any time. Pinson Valley’s stunning come-from-behind victory over then undefeated Class 7A Lee is a perfect case study. As many teams witnessed throughout this season, the ability to halt the Indians’ surge is almost nonexistent.

As if almost on cue, the Indians proceeded to go on an 18-0 run over the final five minutes of the third to take a 56-46 lead into the final quarter.

That run ultimately spelled doom for a Clay-Chalkville team that had played Pinson Valley relatively well throughout this season. The Indians would hold on to once again stand atop Area 12 unscathed.

Behind the victory for Pinson Valley was yet another stellar outing from senior Kam Woods, who scored 34 points and added 8 rebounds, 7 assists with 3 steals. Ga’Quincy McKinstry recorded 12 points, 3 assists and 3 steals.

Woods, Jojo James, McKinstry and Camron Scott were named to the Class 6A, Area 12 All-Tournament team.

Despite the outcome, both Clay Chalkville and Pinson Valley will next participate in the sub-regional tournament at Jacksonville State University Feb. 10-11.

A 16-0 Pinson run after the timeout capped off by a @GaQMcK1 dunk and a @KamGlizzzy3 three pointer has @PinsonHoops a quarter away from another area title! @TribSportsLive pic.twitter.com/QcTiQ3to6K