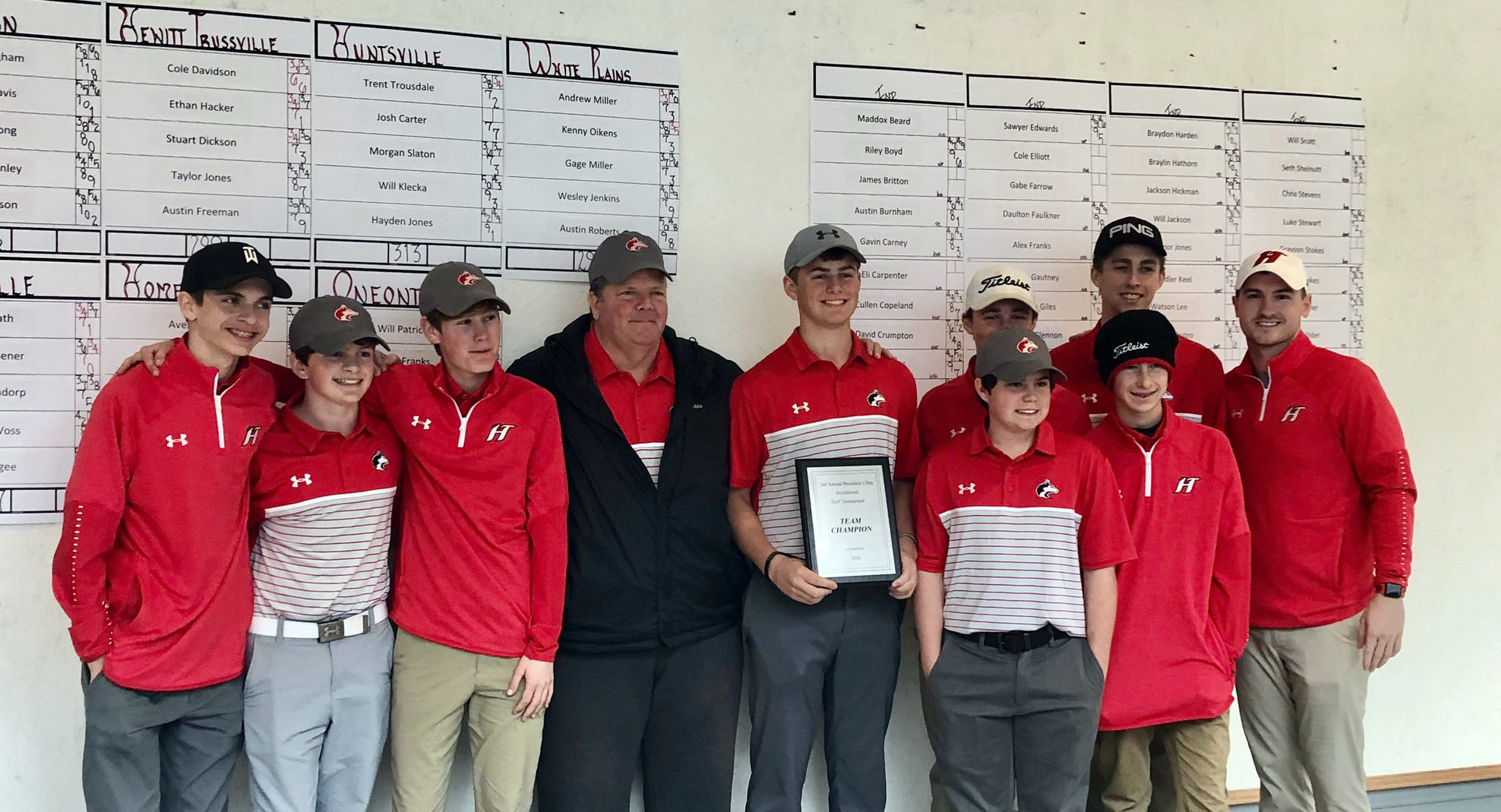 ONEONTA — The start to Steve Patrick’s tenure at Hewitt-Trussville has jumped out to a rip-roaring start as the Huskies boys’ golf team snagged a first-place finish at the 2nd annual President’s Day Invitational Golf Tournament on Monday at Limestone Springs Golf Course in Oneonta.

The team recorded a one shot above par finish to claim the top prize.

Individually, the boys were led by junior Cole Davidson’s six under par score of 66. Following Davidson were Ethan Hacker’s score of 71, Stuart Dickson’s score of 73 and Austin Freeman’s score of 79.

Both Hacker and Dickson shot a 34 on the front nine to set the tone for the championship push.

The tournament was the first event for Patrick, who was named the varsity boys coach in July 2019.

He had previously served as a head PGA Golf Professional in Iowa, Salzburg (Austria) and Kentucky, all at private member clubs. He has taught golf classes at the collegiate level, and had been a Junior Golf instructor at several clubs around the country. He attended the 1995 PGA National Teaching/Coaching Summit in New Orleans. From 1994-1996, Patrick served as a staff professional at Oxmoor Valley Golf Club, where he helped supervise all departments within the overall golf operation. He also administered summer junior golf programs for up to 100 young players during each of those two seasons.

Patrick placed second in the 1987 Kentucky PGA Pro-Senior Tournament, shooting 69 at Bowling Green CC. He won prize money in PGA Sectional events in California, Illinois and Kentucky. He also passed the required PGA Playing Ability Test while working in northern California, near Stanford University. While in college, Steve was named to the Dean’s list four times, received the President’s Award and was twice awarded the Golf Manufacturers and Distributors Association Scholarship for outstanding academic achievement.