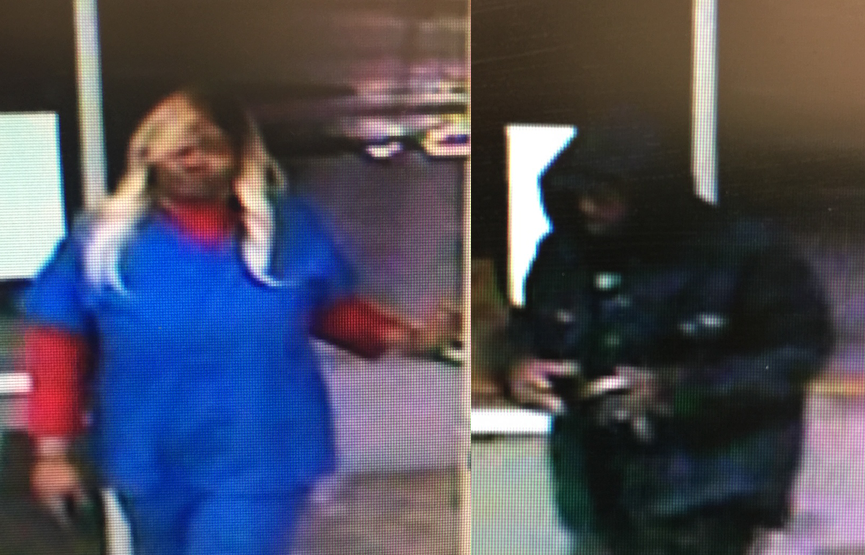 CAUGHT ON CAMERA: Couple works together to snatch gallon of Cognac from Moody ABC Store

MOODY — The Moody Police Department is asking for the public’s help identifying two people they said worked together to snatch two half-gallons of cognac.

In surveillance video, you can see what appears to be a man and woman walking into the store on Village Drive. The man was wearing a black ball cap, black pants, black shoes and a black coat. The woman was wearing a blonde wig and blue medical scrubs.

The woman appears to block the view of the ABC employee as the male grabs a half-gallon of Hennessy VS and a half-gallon of Remy Martin VSOP. The total value of the alcoholic beverages is around $208.

The incident happened just after 6 p.m. on Monday, Feb. 24. The people involved could face a charge of theft of property fourth degree.

The manager of the store told police she believes the same couple has shoplifted from other ABC locations.

If you have information to help investigators, call the Moody Police Department.