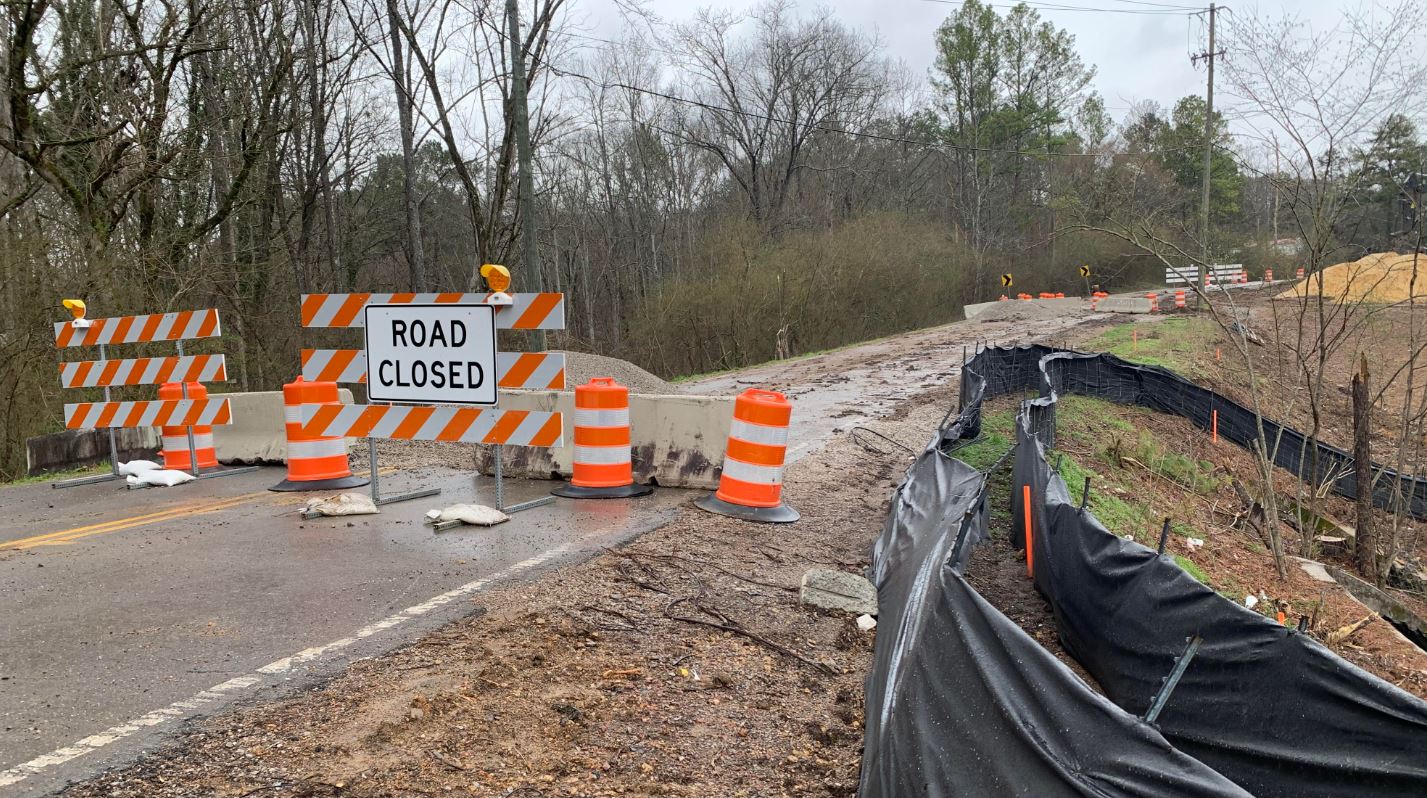 TRUSSVILLE — The Jefferson County Commission is considering several options to reopen a part of Floyd Bradford Road, after a culvert failure that happened on Thursday, Feb. 6, 2020.

Heavy rains caused the failure and Commissioner Joe Knight said even more rain has caused a stall in plans to repair the section of the road, which is near Smith Sims Road.

“There were already plans to re-route the road,” said Knight. “A new bridge will be built to cross.”

Knight said the original plan was to keep the existing road open until the new route was completed. But in the meantime, flooding caused the roadway to be too dangerous to allow drivers.

“It’s having a negative impact on people and it’s inconvenient, but we would rather be safe than sorry,” Knight added.

“The road connecting us to Trussville has been closed for nearly a month,” said Abdullah. “People’s commute times have gone up and small businesses like us are hurting.”

Knight said the commission has considered several options, including opening one lane. But after looking at weight limits, there was no safe way to allow cars on that part of the road.

Since the new section of the road isn’t expected to be complete until the end of the summer, Knight said teams are working on a temporary fix.

“It will come with extra costs, but we have to do something,” Knight explained. “It might be we have to tear it out and redo it or span it. We are looking at a couple of options.”

Knight said with continued rainfall, even efforts for a temporary fix have been hindered.

“We didn’t anticipate that we would have to do that this quickly,” Knight said. “If we can do something, if the rain will stop long enough, then it will be maybe six to eight weeks. I can’t commit to that but that’s just what I understand.”