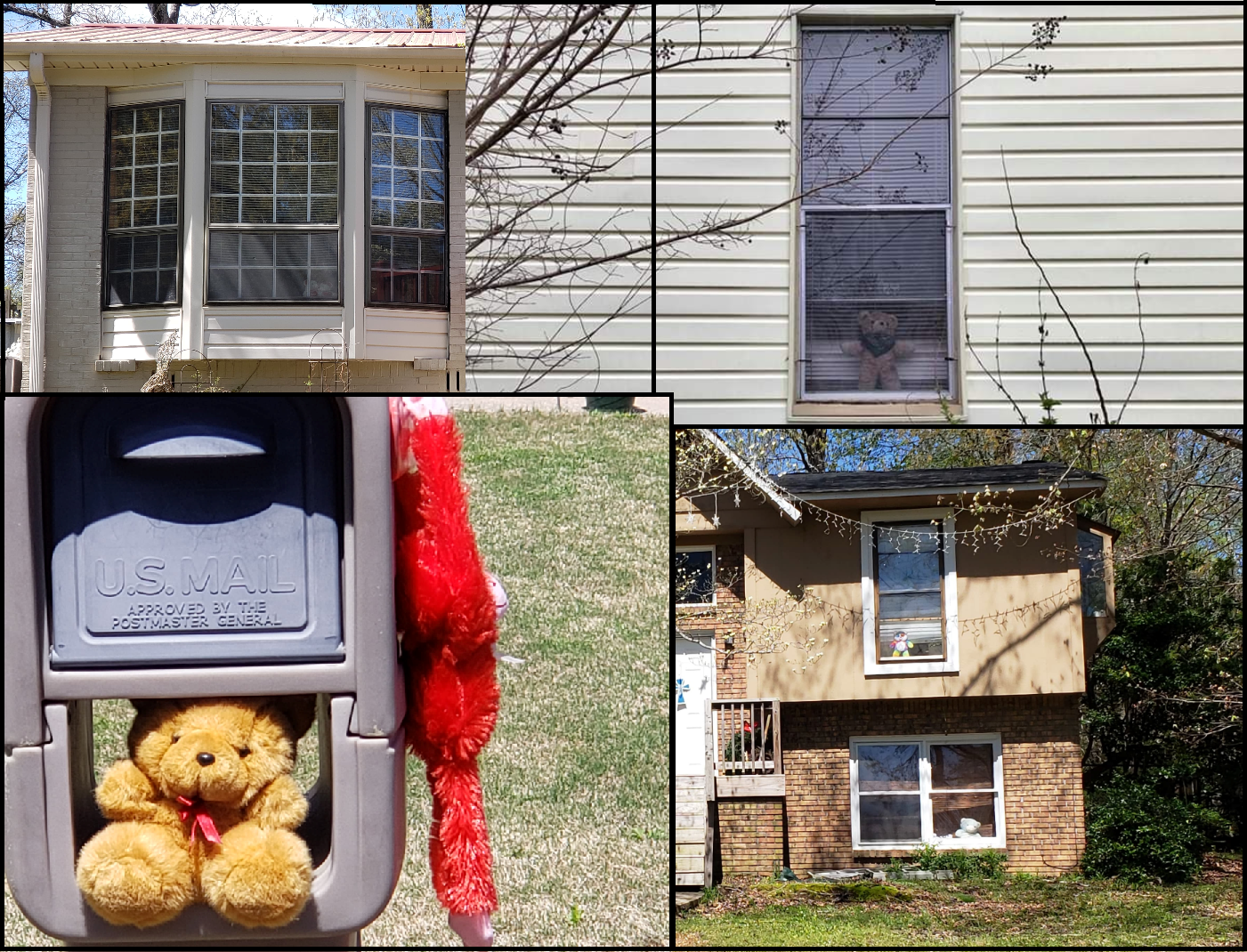 CLAY — Families in Jefferson, St. Clair and surrounding counties are getting creative, during the coronavirus outbreak, in finding ways to entertain kids.

A new idea was spawned from the children’s book, “We’re Going on a Bear Hunt” by Michael Rosen and Helen Oxenbury. People are placing teddy bears in their windows and allowing parents to drive their kids around neighborhoods, looking for the bears.

Deputy Michael Robinson, with the Jefferson County Sheriff’s Office, got in on the action. He placed two stuffed animals in the windows of his patrol vehicle. 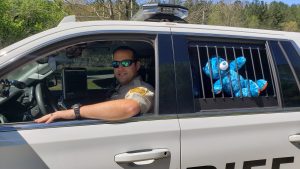 “I thought about it and since I am always patrolling around neighborhoods in Clay, I grabbed two bears and zip-tied them to the bars in the windows,” said Robinson.

Robinson, who grew up in Clay, is now the contract patrol for the city. He has children of his own and says he understands how difficult it can be to entertain kids during this time. He said he has already been able to put smiles on the faces of families in the community.

“I went through and there was a grandfather, a dad, and a child standing on the front porch,” Robinson said. “The child was holding a teddy bear and waving, so that was pretty cool.”

Deputy Robinson is well-known, in Clay, for doing things for others. He said he feels led to give back and to connect with the community.

“When I had the opportunity to become a deputy sheriff, my overall goal was to patrol the area and work in the community that I grew up in,” Robinson said. “I like to interact with people, love kids, I am a family man and a Godly man. I just think in today’s world, we need to be out in the community, bridging the gap, like Sheriff Pettway is wanting to do.”

If you want to participate in the bear hunt, you can use any stuffed animal, but the secret to making them visible is to place them between the window and your blinds.

You can watch the animated version of “We’re Going on a Bear Hunt” below.